The Story of Modern Warfare 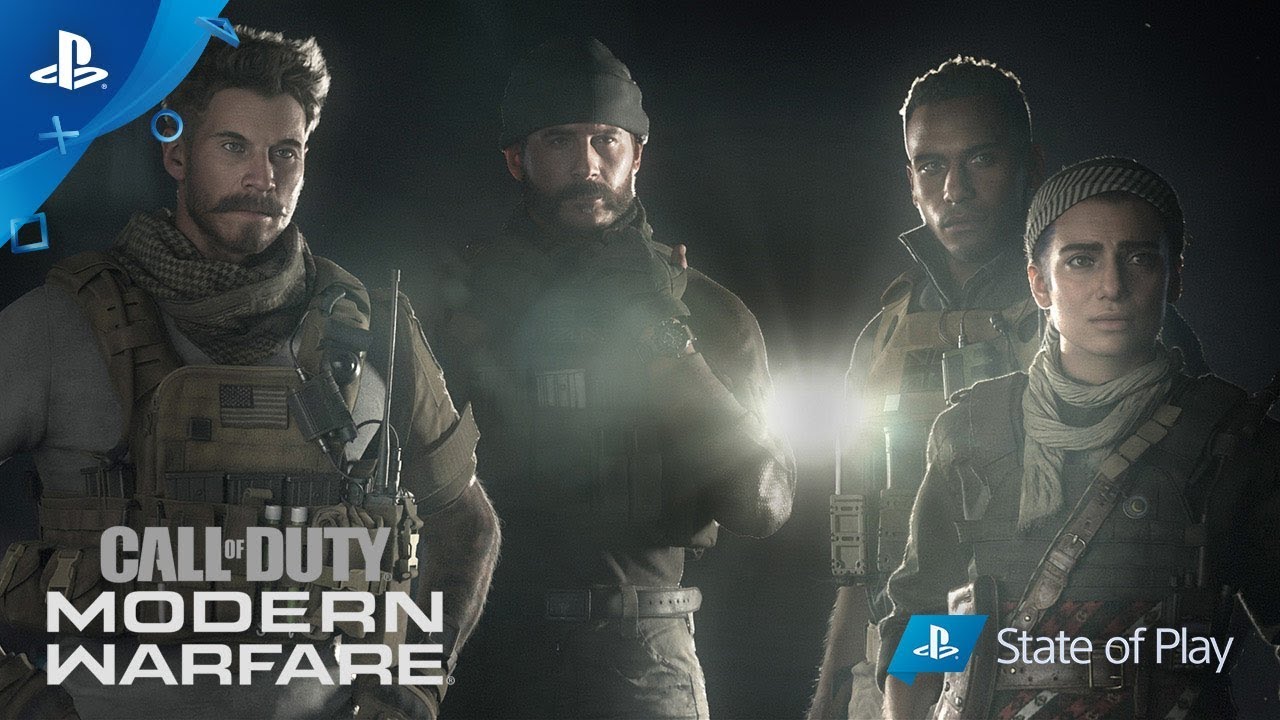 We wrote the Call of Duty: Modern Warfare story for you to see the price of war and empower you to become a Tier 1 Operator.

Long before I started working on Call of Duty: Modern Warfare, I was part of the Sony family during two separate stints for Naughty Dog.

I started out as game designer for Crash Bandicoot. Back in those days, we told more rudimentary stories. We were working on a game where the character couldn’t even speak, so our ability to tell stories was limited.

Fast forward: After I left the industry temporarily, I got a call from a good buddy of mine at Naughty Dog asking if I wanted to do some editing for dialogue and trailers. That was supposed to be a six-week gig…

And then, well, six weeks turned into 10 years.

Over those 10 years, a lot had changed. I remember when, at the time of the first Uncharted, using the same actors to do motion capture and vocal lines was groundbreaking. Then for later Uncharted games, we started doing facial capture. This, with body and voice all captured simultaneously, is the foundation for telling nuanced, mature stories in games.

Now, looking back at how much game storytelling has evolved over the past two decades, Modern Warfare is reaching the level where video games are almost indistinguishable from contemporary film.

At its core, the story of Modern Warfare is about how the complexities of modern conflict take a toll on everyone involved, from Tier 1 Operators and CIA Operatives to local allies and even civilians who live in the middle of war zones.

In many ways, we are in a world where there are not always simply “good guys” or “bad guys”; there is no black or white. Rather, reality is typically the grey area in the middle. So how does one achieve their version of the “greater good” while navigating this complex world? How far are you willing to go to discern between “right” and “wrong?” Are you willing to cross certain barriers to defeat an enemy who has no battle lines drawn?

That’s what every character in our fiction has to consider. Unlike a film, where you observe from the sidelines, we’re asking you to walk in their shoes as the world hangs in the balance.

The world has changed drastically since 2007 when Call of Duty 4: Modern Warfare captured the zeitgeist, while making such a lasting impression. Now, in 2019, we’re honored to re-imagine this story for the world as we know it today.

Missions aren’t necessarily on battlefields; soldiers have to conduct operations where the enemy doesn’t identify themselves and, in some cases, blends in with civilians.

With that said, we couldn’t wing it; for Modern Warfare, we worked with consultants from the Central Intelligence Agency, the United Kingdom’s Special Boat Service, and former Navy SEALS. We didn’t just talk gameplay with them, we asked about the burdens they carry, or the common themes that play out for the men and women who serve.

And when you ask them that, they say that operators – like our protagonists in the story, Kyle and Alex – are asked to be perfect by those who would deploy them into battle.

They are asked to operate perfectly when the intel is anything but perfect. They have to make split-second decisions without the luxury of getting it wrong.

We were incredibly inspired by those discussions, but we’d also be remiss to leave out the other side of modern warfare: the people who live in the countries where battles take place.

We did our research on local militias and freedom fighters. For these soldiers, they didn’t sign-up to serve, they decided to take up arms and fight for what they believe to be right. That is the background for another one of our characters, Farah, and her brother, Hadir.

There are also references to the original Modern Warfare trilogy in our story. Familiar characters return, but in new ways and told for a new generation.

So, whether you are new to the franchise or played the original Modern Warfare, this story gives you the sense of empowerment that comes with lacing up those combat boots and making a difference in this complex world. There are men and women like Captain Price and Farah, committed to making the world a safer place, and we want you to be that Tier 1 Operator alongside them.

You’ll deploy into and out of hot zones. You’ll be armed with the latest, state-of-the-art technology and firepower. You’ll work to uncover the truth and along the way be faced with critical decisions. It’s intense and exciting.

After the dust settles on the Campaign, the Modern Warfare universe doesn’t end; we want you to take the Tier 1 Operator experience into Multiplayer and Special Ops. You are trained to be the best soldier in the world after the events of the Campaign, and these two modes let you prove it against other operators from around the world.

All of us at Infinity Ward cannot wait for you to play and experience the story of Modern Warfare. Our team has spent the past three years creating this with the help of hundreds of people, ranging from our military consultants to our cast like Barry Sloane and Claudia Doumit. When you finally get your hands on it, we hope you enjoy it.

State of Play September 2019: All the Announcements
New Trailer For The Last of Us Part II
PlayStation Plus Free Games for October: The Last of Us Remastered, MLB The Show 19
The Story of Modern Warfare
Introducing Humanity, Coming to PS4 & PS VR Next Year
Introducing the Limited Edition Death Stranding PS4 Pro Bundle
MediEvil PS4 Demo Launches Today at PlayStation Store
Civilization VI Comes to PS4 November 22
Arise: A Simple Story Announced for PS4
Wattam Coming to PS4 in December, Q&A with Creator Keita Takahashi
L.A. Noire: The VR Case Files Out Today for PlayStation VR
After The Fall Hits PS4 Next Year, From the Creators of Arizona Sunshine
Gorn Battles to PS VR This Winter
Stardust Odyssey Announced for PS VR
call of duty: modern warfareplaystation gamesps4state of play