After The Fall Hits PS4 Next Year, From the Creators of Arizona Sunshine 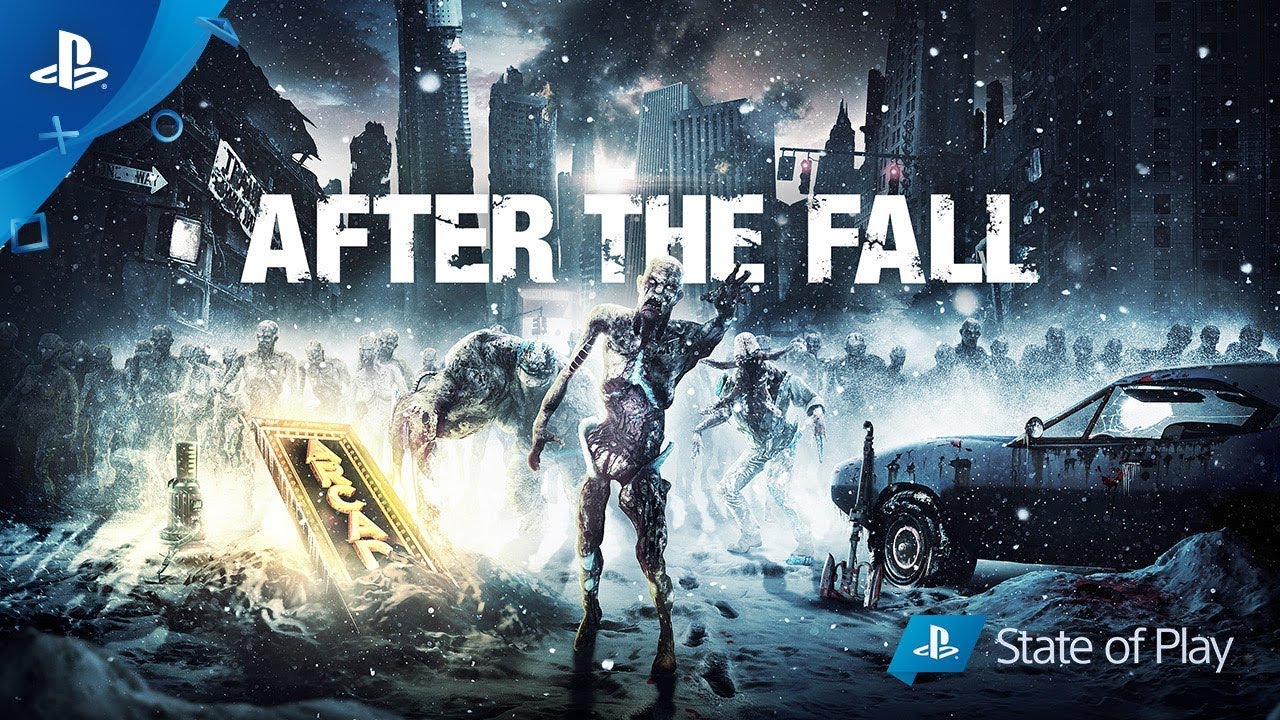 Hey everyone! Nick from Vertigo Games here – you may know us as the creators of Arizona Sunshine. Have you ever wanted to star in your own 80s post-apocalyptic cult classic? Then we are super excited to announce our biggest VR game yet: After The Fall, a multiplayer VR action shooter with co-op at its core. Check out the first gameplay footage in today’s trailer!

Set in a frozen, post-apocalyptic Los Angeles, After The Fall pits you and up to three friends against unprecedented, huge waves of monstrous, undead creatures known as the Snowbreed. And when I say huge, I don’t just mean in numbers; you’ll be facing off against some of VR’s most colossal brutes and repulsive deformities.

In an alternate 1980s, the age of decadence and delight, humanity started experimenting with a new type of designer drug to elevate the human potential beyond known limits. Meanwhile, the planet suffered: climate change ran hot and cold to extremes, resulting in a new ice age. To cope with the cold, people only consumed more drugs. This led to horrible mutations – the deadly Snowbreed. Now, 20 years later, Los Angeles lies in ruins and survivors are clinging to life in a frozen city roaming with mutated terrors.

In your fight for survival you’ll wield a wide variety of weapons. Will you rush to the frontlines with your electrified knuckleduster and custom handgun ready to take down hordes of Snowbreed? Or would you rather stay back and use your hunting rifle with explosive ammo to take down the hulking brutes? It’s up to you.

On top of this, you’ll unleash devastating attacks using crafted devices, such as a volley of missiles from a wrist-mounted ‘80s walkman-turned-rocket launcher. Crafting and customizing weapons and gear requires resources and blueprints found throughout the world, which you’ll take back to your basecamp for use.

Speaking of basecamp; this is a shared hub where you’ll run into other players from all over the world, hang out and interact with them in VR, form a party of up to four players to go on new missions, and more. But you can also play the game by yourself – the difficulty will scale accordingly. Though I personally feel playing with friends is more fun, especially in VR!

While our previous foray into VR shooting, Arizona Sunshine, is a somewhat slower paced survival experience, After The Fall is all about adrenaline-pumping action. It’s slated for release in 2020, and I can’t wait for you folks to play it. We’ll be back at PS Blog with more announcements soon – in the meantime, scavenge www.afterthefall-vr.com to learn more!

State of Play September 2019: All the Announcements
New Trailer For The Last of Us Part II
PlayStation Plus Free Games for October: The Last of Us Remastered, MLB The Show 19
The Story of Modern Warfare
Introducing Humanity, Coming to PS4 & PS VR Next Year
Introducing the Limited Edition Death Stranding PS4 Pro Bundle
MediEvil PS4 Demo Launches Today at PlayStation Store
Civilization VI Comes to PS4 November 22
Arise: A Simple Story Announced for PS4
Wattam Coming to PS4 in December, Q&A with Creator Keita Takahashi
L.A. Noire: The VR Case Files Out Today for PlayStation VR
After The Fall Hits PS4 Next Year, From the Creators of Arizona Sunshine
Gorn Battles to PS VR This Winter
Stardust Odyssey Announced for PS VR
after the fallplaystation gamesps4state of play