4v1 asymmetrical multiplayer brings a fresh twist to Capcom’s horror series. Here is how it works.

A secret human experiment is taking place on the outskirts of Raccoon City… the perfect backdrop to the highly anticipated Project Resistance, which brings a new type of horror with 4v1 online multiplayer set in the world of Resident Evil.

Players choose one of two sides: that of the Mastermind, who monitors and controls the experiment facility, or to participate as a team of survivors trying to escape from this prison by working as a team. This title brings new challenges that have never been done before in the Resident Evil series, and it caught the attention of the crowd at TGS 2019.

How both Mastermind and the Survivors are played

During the hands-on trial at TGS 2019, we were able to test out this team-based competitive co-op game. The current playable characters are the Mastermind, Daniel Fabron, and survivors Sam, January, Valerie, and Tyrone, who are trying to escape the facility. We were able to play through three areas of the game and we got a first-hand look at its basic mechanics.

Playing as a Survivor

Good teamwork and knowing your team strengths are essential. To win, the survivors must reach the exit together as a team of four before the time runs out. To open the exit door, the survivors will have to work together to defeat the zombies and reach a set of card keys that unlock several locks to escape the facility.

We saw familiar items like herbs and weapons, as well as Umbrella Credits that can be used to purchase items. Given the co-op nature of the game, you have to be mindful that your currency is shared with the other three survivors. Buying an expensive item for yourself can lead to some members not being able to buy anything at all. As such, it’s always a good idea to discuss your next purchase with your survivor teammates.

The unique skills that each survivor has is crucial to your escape. Survivors have their own Personal Skill and Fever Skill. For example, Sam can perform two types of powerful melee attacks while Valerie can light up items or equipment and can heal the team. It was difficult to use a skill at the right timing at first, but after getting used to I appreciated the importance of working together as a team and combining skills to survive the mission. 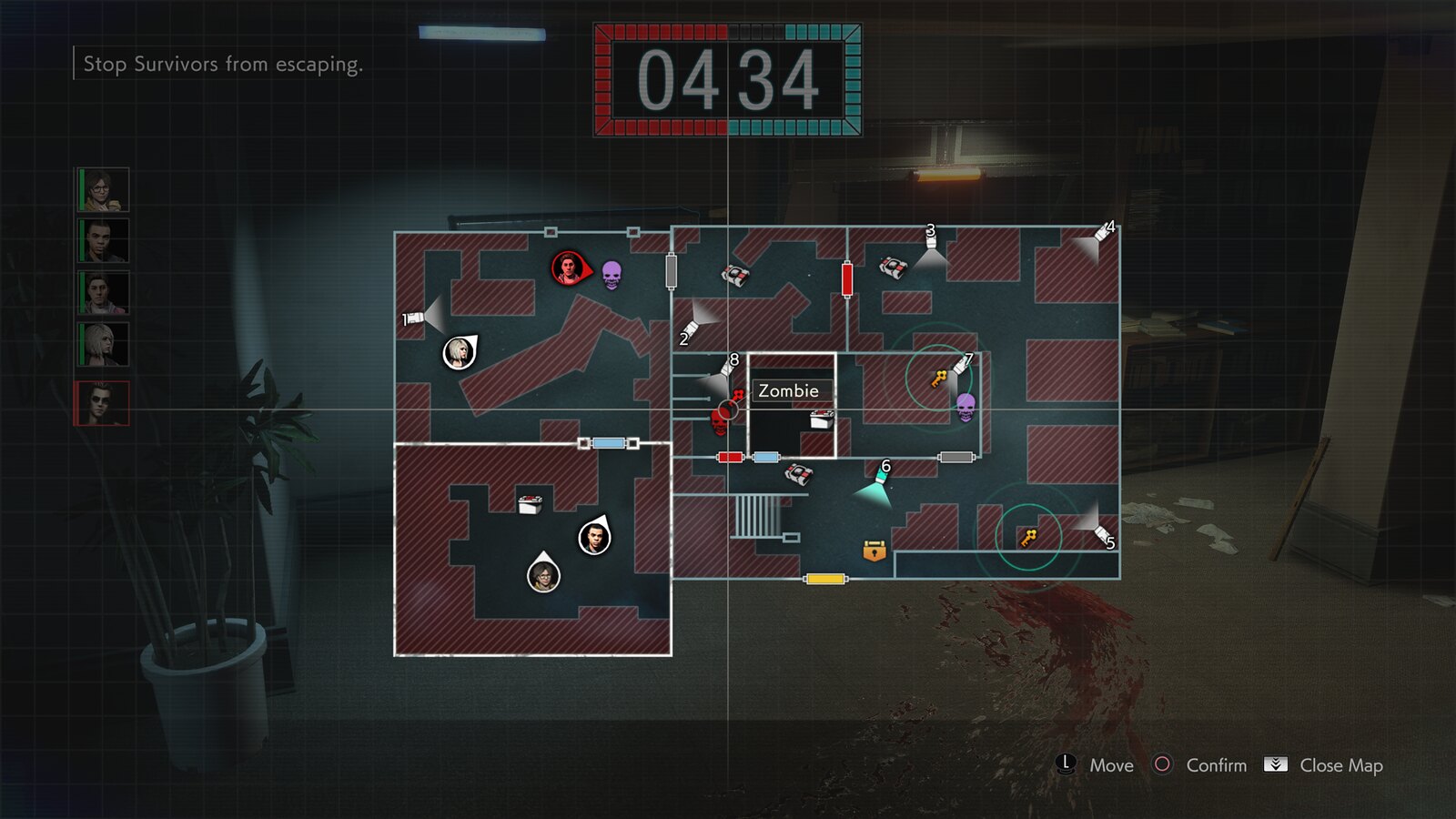 Once you’re familiar with the unique abilities of the survivors, there are so many things to try out! At one point, I played January, who has hacking abilities and Tyrone who is good at close combat and has high defense stats. January is a support character that can shut off surveillance cameras for a fixed period of time.

Using her Overload skill, she can also increase the cost of cards that Mastermind uses with her EMP skill. I used her abilities as frequently as possible, but the effects were hard to see so it I couldn’t tell if they were actually working. As a result, we all played very carefully, which kept us all alive, but we could not finish the third area in time, and eventually lost.

Playing as Mastermind made me realize the power of January’s covert skills. While in this role, I could not do anything while the surveillance cameras were off and with the increased costs, I could not use powerful cards for a while.

After getting a better understanding of her abilities, I came up with the idea of using her skill in places where Mastermind might put traps and increasing the cost of cards when we didn’t want a Tyrant (a massive bioweapon) to come out. The more playthroughs I did, the more I wanted to try January again since I learned how to maximize her skills. 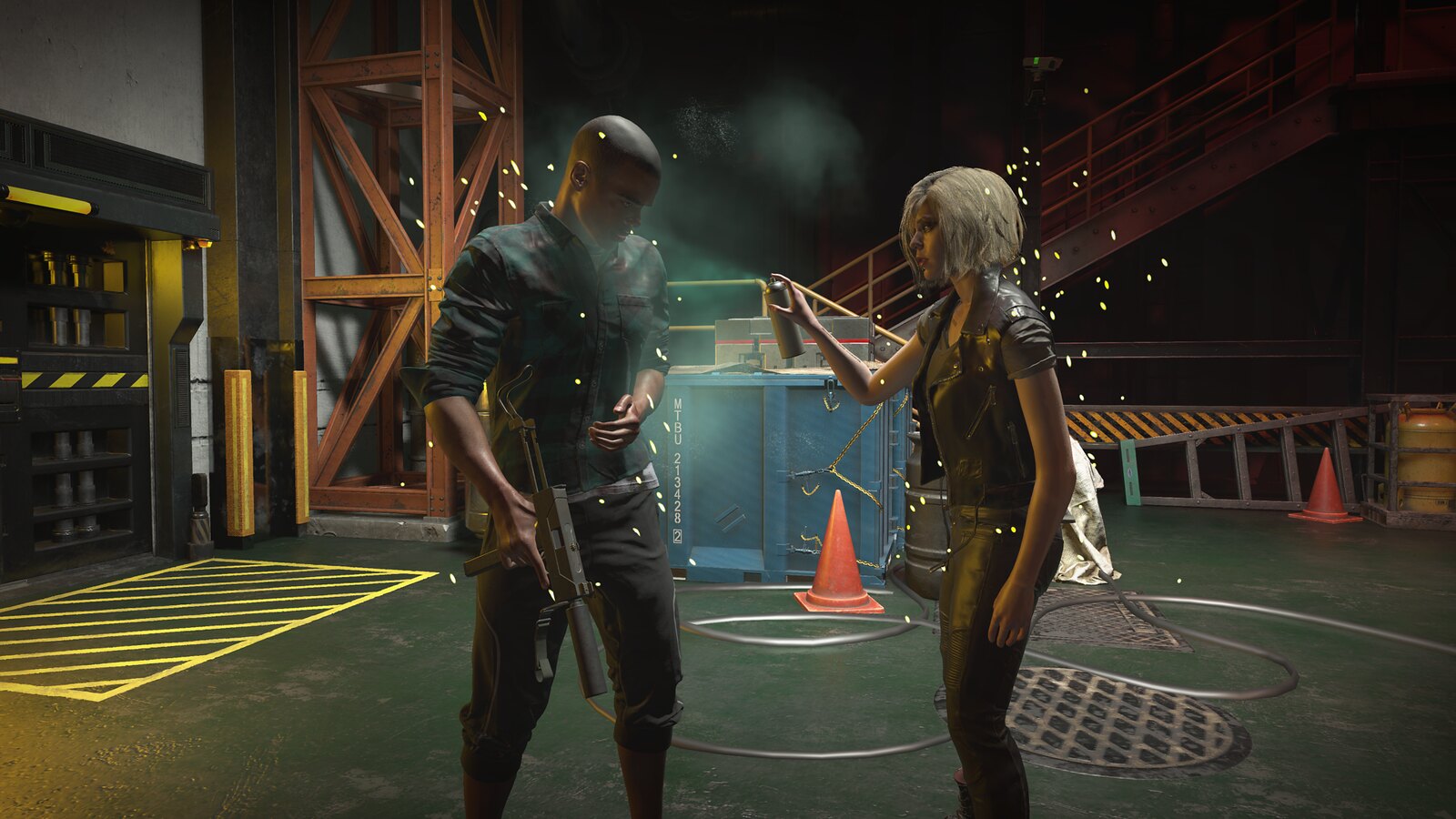 Next, I played as the melee survivor Tyrone, whose firefighter background comes in handy when beating up zombies. He can take on a zombie horde with weapons such as a piece of timber or a sledgehammer.

I had fun playing him as the tank and took joy in running into places where zombies might be hiding and defeating them before they got to physically weaker survivors like January or Valerie. Tyrone has simple yet powerful skills, like the Survival Yell which increases defense stats of your teammates. His bold playstyle comes as a stark contrast to January’s and being able to play both characters gave me a good sense of the depth this game has to offer.

That said, if you get too confident in this game, you will get hurt. I was moving straight towards the exit and fighting zombies alone, when suddenly a Tyrant appeared and promptly beat me up. I was in a nearly dead state and had to crawl back to my team, but the Tyrant blocked me, and I was eventually killed.

After reviving, we headed to the exit but did not make it in time. I learned that it is important not to overestimate your abilities and to have good balance of aggressiveness, and defensiveness while playing as a team. 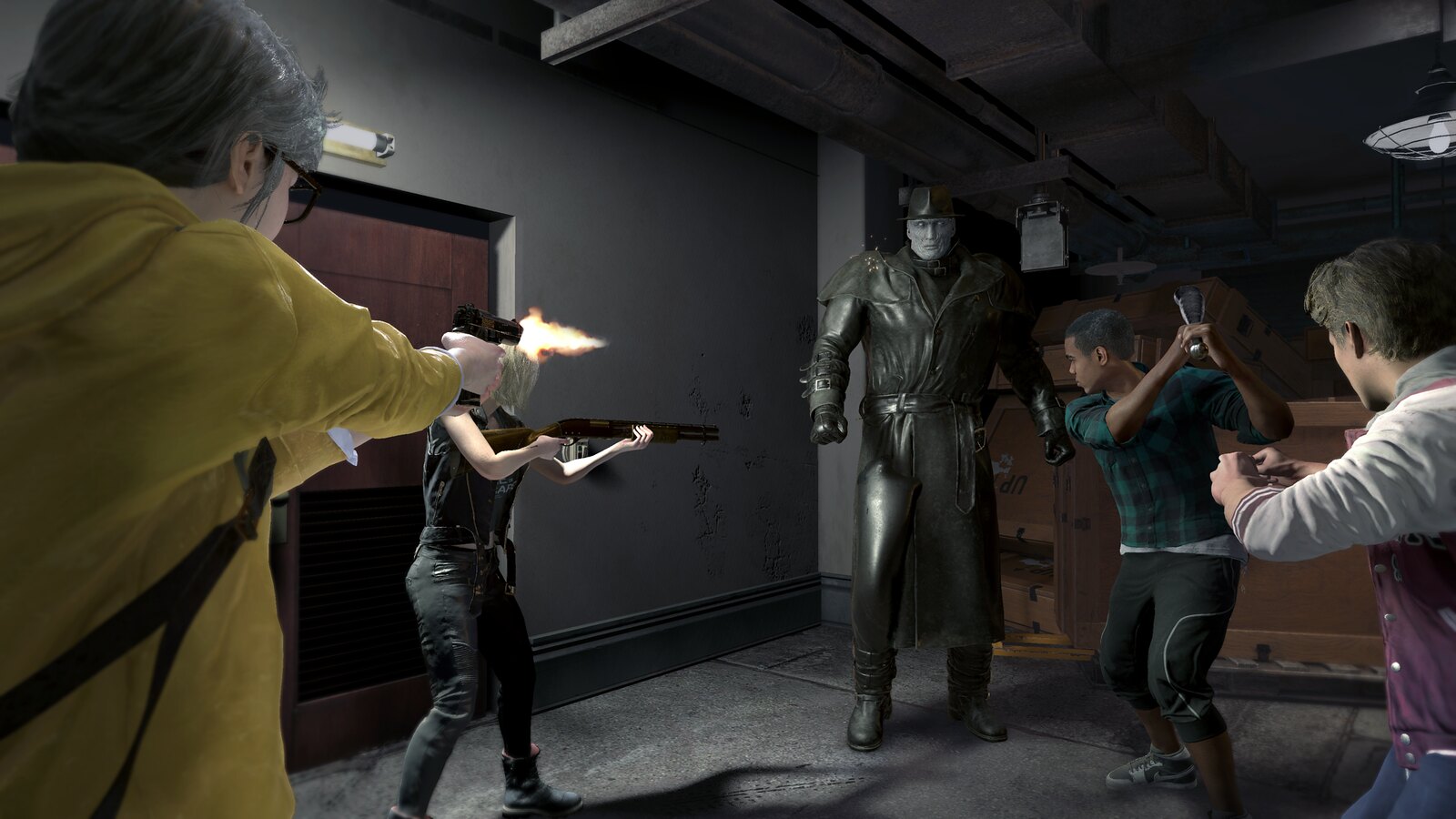 Playing as the Mastermind 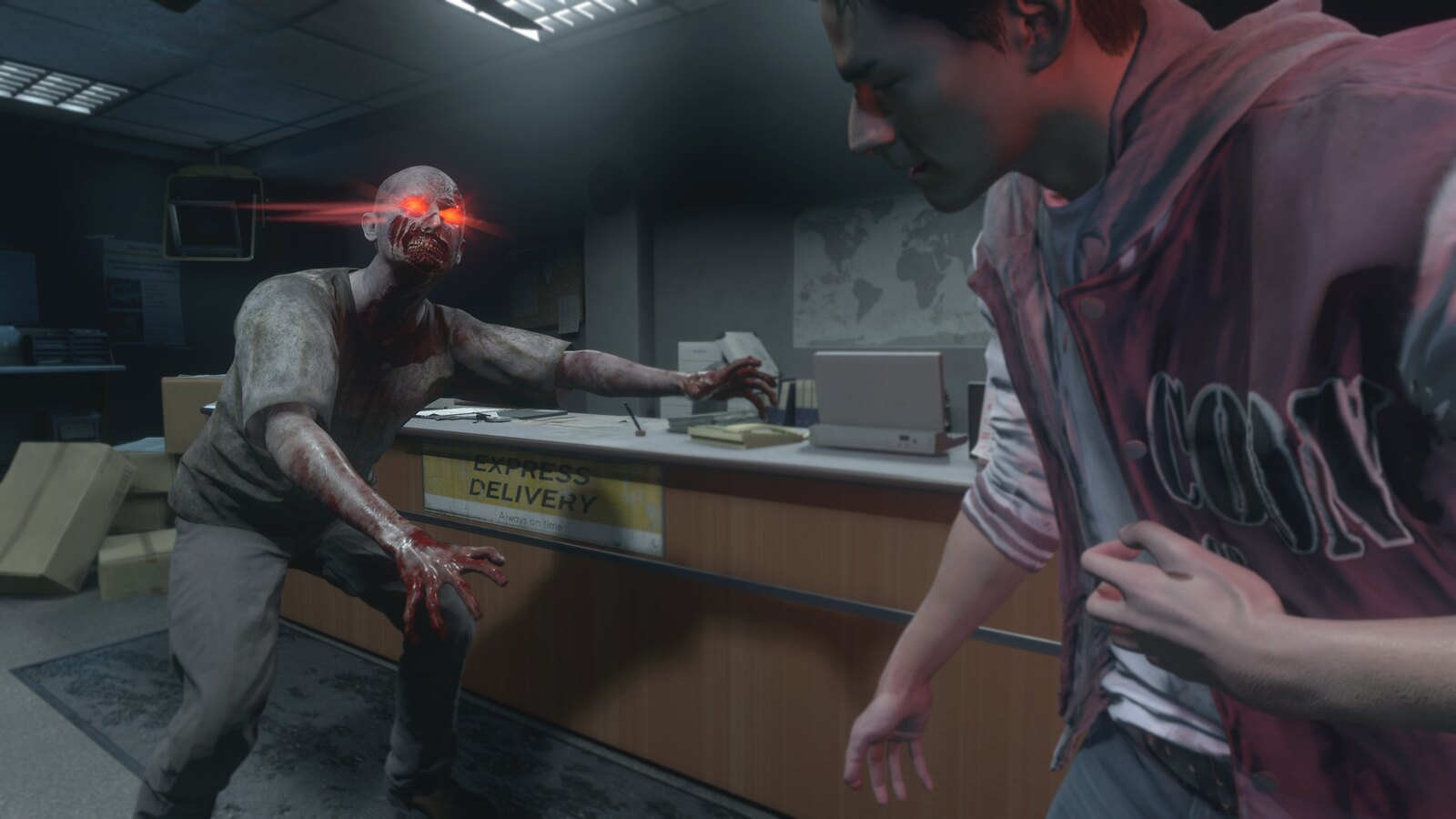 The Mastermind uses a variety of cards like, placing zombies, setting bear traps, and firing shots from surveillance cameras. During this experience, Mastermind had four total cards to use. Each card had a cost and the cost of stronger cards was set high. For instance, Zombie dogs cost more than a Tyrant card. The Mastermind has a set number of cards you can use but they refill overtime. I thought constantly placing strong creatures like Licker and Tyrant would help me win, but I learned that it’s not as simple as playing all your strong cards up front.

The staff who helped me learn the game told me that the survivors tend to be at a disadvantage before getting used to the game.

While playing as Mastermind and monitoring the survivors through cameras, I noticed that the survivors were having a hard time getting past the initial traps and zombies. When one survivor finally passed the traps and entered the room, I turned the lights off and immediately locked the door. The surprised survivor tried the door, but it didn’t open. To make matters worse, while the poor survivor was panicking, a zombie in the room went to attack. 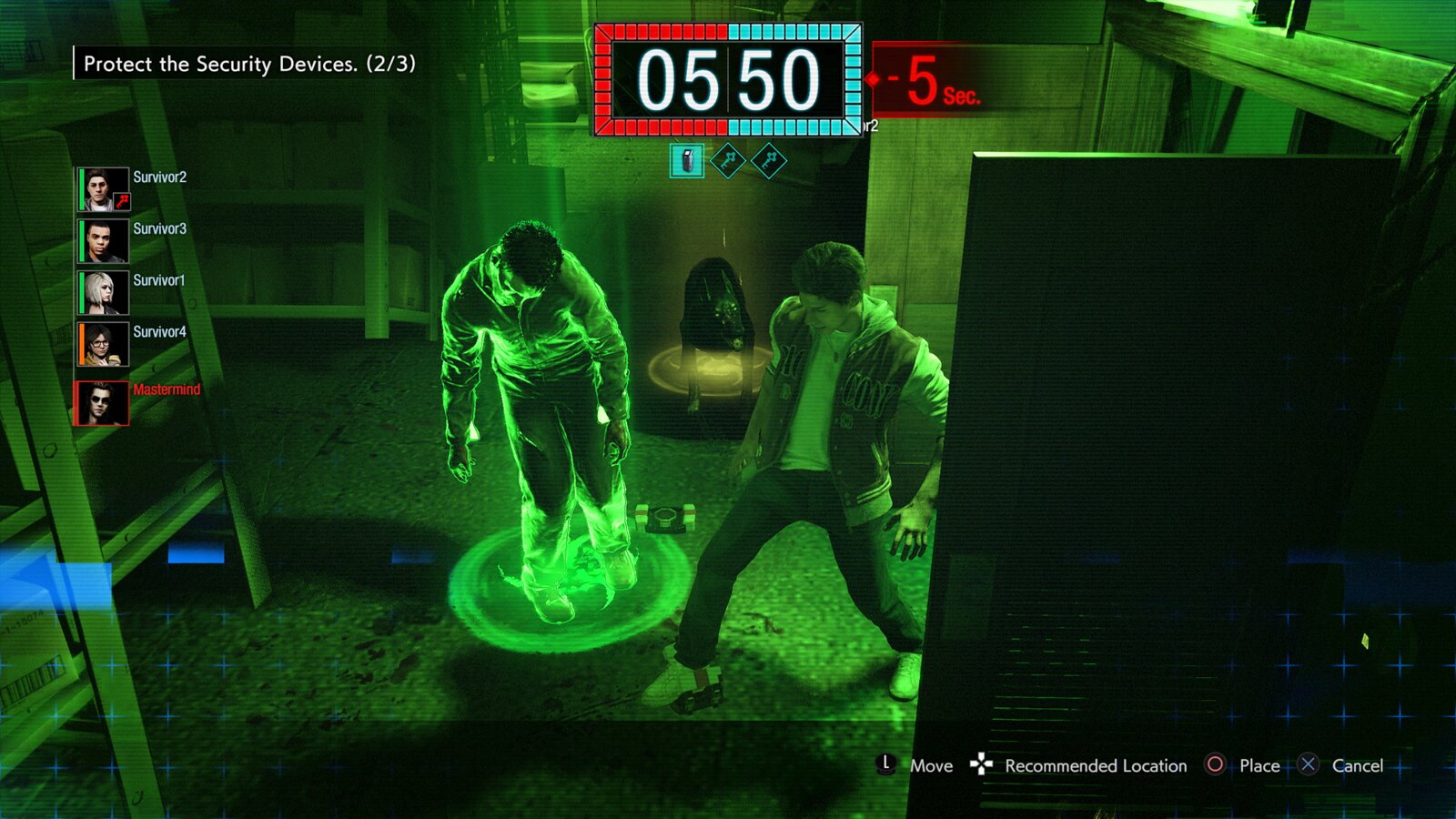 As the Mastermind, I got a grim satisfaction from preventing the survivors from escaping. Even though turning the lights off or locking a door wasn’t a flashy move and didn’t cost me any cards, I have to admit that it was a pretty fun experience.

Being mindful of survivor skills like January’s ability to hack surveillance cameras is important to remember and was difficult to deal with as the Mastermind. The Mastermind’s ability to interfere with survivors is compromised when you can’t look through the cameras. 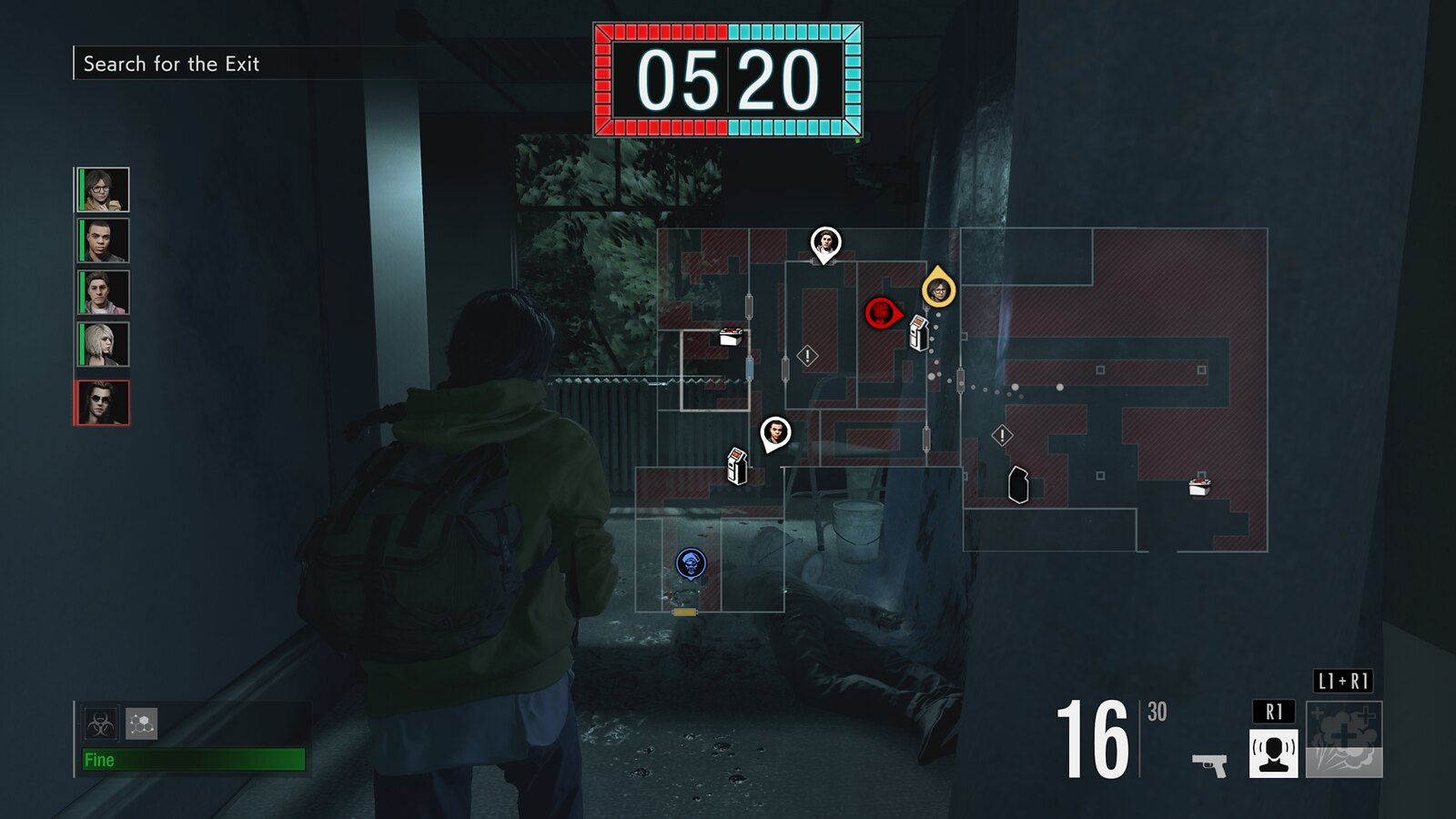 Once I was able to anticipate the survivor’s skills, figure out where to place zombies, traps and lock doors, I was able to slow the survivors down enough to the time to run out. It was an easy game this time, which gave me some time to think about what would be interesting for the survivors.

With the closed beta test coming October 4 and more improvements to be made, the balance of the game will become even better. I can’t wait to go all out and see how I can improve my abilities as the Mastermind!