Dinosaurs, Robots, and Aliens — The Art of Super Dodgeball Beats, Out Now 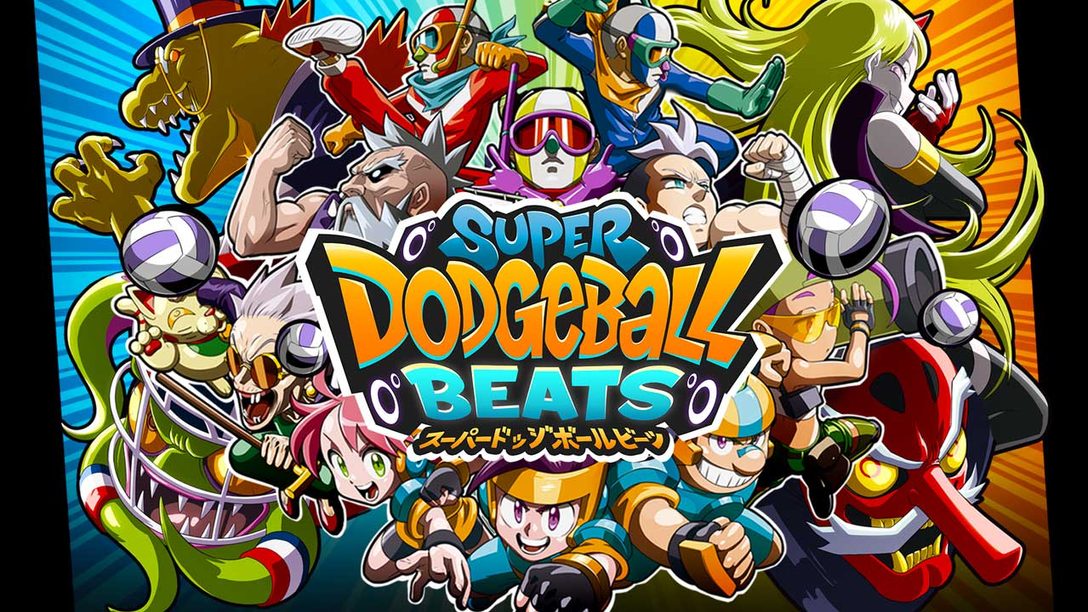 How the hand-drawn sprites of Super Dodgeball Beats were crafted and what inspired them.

Now that the crazy rhythm-sports game Super Dodgeball Beats is out on PlayStation 4, let’s take a look back at how the look-and-feel of the game’s insane ensemble came about.

When creating a game, we always set out to find reference material that matches a style we want to nail down. We spent ages looking at rhythm games, arcade classics from the 90’s, and just started putting out sketches like crazy. After some failed attempts, we found our style in the vein of anime and manga-ish concepts. There is a lot of influence from old Toriyama stuff, as well as from some more modern series. As Spanish developers, I think deep down there’s even a little bit of classic Spanish comic-work in there!

Once we had our references clear, we had to establish our own style and story. We wanted the main driving force of the visuals to be humorous and absurd. Characters had to be larger than life and over-the-top. That gave way to characters like Sir Goldzillo, a rather posh gentleman in a dinosaur suit, which you can’t help but wonder “why are these guys even playing dodgeball?”

The only exception to this rule is the main characters, as they were created at a very early stage, even before we had the name of the game. We wanted our heroes to be normal and grounded in reality. We used our main heroes as the “bottom line”; everyone else had to look crazier and wilder than them — or they were thrown out!

Some of the characters were a lot easier to conceptualize than others. I remember spending almost two entire days just drawing concepts of Roboombox (a giant robot boss character) until we found something we could work with, while Tengu was greenlit even before I finished the first sketch! In the end we had to discard a lot of cool ideas, but it was lots of fun to see our roster take shape and grow in colorfulness and variety. It was 100% worth it.

Of course, once a character was given the green-light the next thing was to bring it to life. We considered some options here: To use skeletal animation was cheaper, quicker and could produce some smooth and good enough results. Going 3D was also considered for a very short while, but we ultimately decided that to bring home the point of old-school anime and manga, there would be no better option than classic frame-by-frame animation.

All in all, I’m pretty sure designing and animating the characters in Super Dodgeball Beats has been the most fun I have ever had working on a project. Conveying the quirkiness of every character through its animations was quite a challenge, but a very enjoyable one. Here’s to hoping everything goes well and we can work on another batch of characters someday!