How to Be Totally Awesome at Rad, Out Tomorrow on PS4 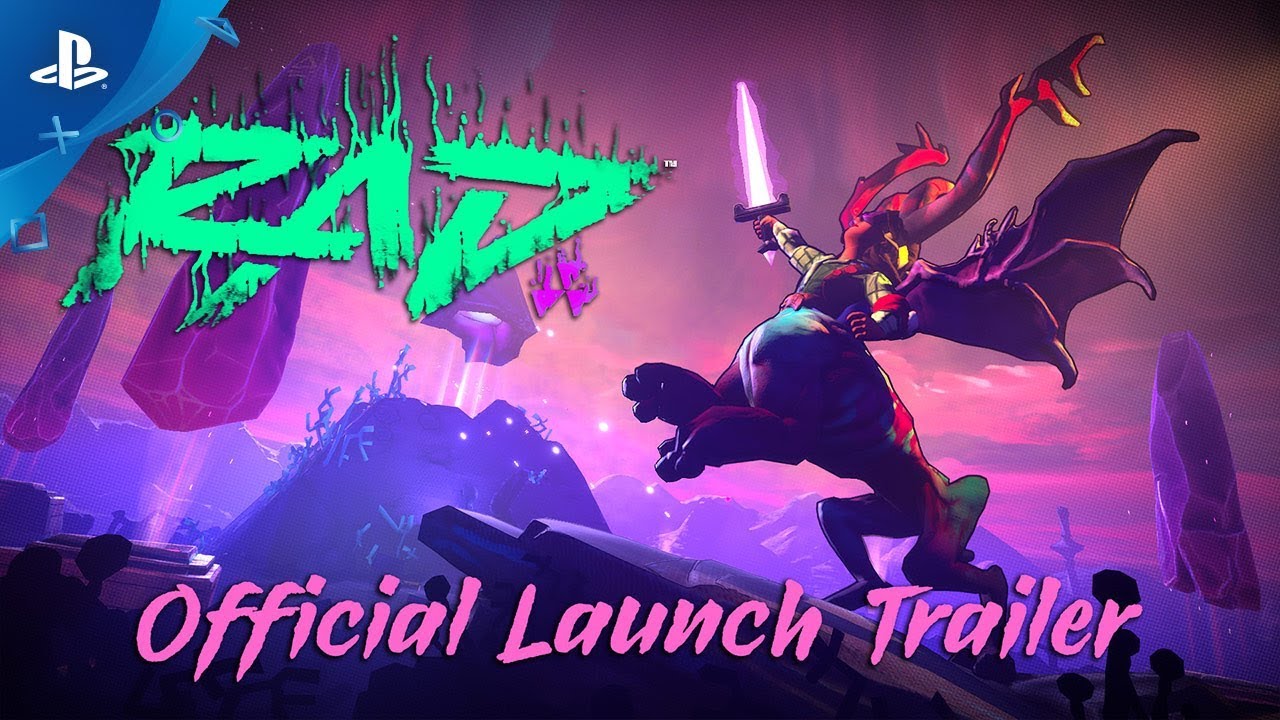 In Rad, the forthcoming rogue-like from Double Fine Productions and Bandai Namco, you’ll assume the role of a teenager tasked with saving the future of humanity, and risking their life by seeking answers somewhere in the depths of a post-post-apocalyptic wasteland.

Naturally it’s pretty dangerous out there, and the longer you stay the more you’ll be exposed to gnarly toxins which will wreak havoc on your fragile human form — twisting and mutating you into something far less than human, but far more powerful.

These mutations form the basis of combat in Rad. Sure, you start off with a bat and basic hand to hand combat skills, but as your Rad meter fills up, your body will pulsate and transform, and you’ll gain all kinds of unusual abilities.

Exo mutations are ones that physically transform your appearance. You can have three of these at any one time, each one happens to you at random, and each comes with an ability assigned to a button press. Over time these can also level up, further branching and evolving just as you do.

Some of your new powers also have secret combination effects with other mutations, so it’s always worth playing around to see if any of your abilities can play off one another, allowing you to wreak even more havoc, and develop new tactics.

We want players to discover these combinations themselves, but we’d like to share one example with you first!

If you develop this mutation, your legs will go all gooey and slimy, gross. On the flipside, you can now leave a toxic trail behind you that can damage most mutants, and you’ll be able to wade into pools of poisonous sludge without taking any damage yourself.

Simply put, your arm will erupt into flames, giving you the ability to hurl balls of fire at your enemies, and granting you ranged combat. Tight!

Your legs are melting and your arm is on fire, but you’re into these new powers, and It doesn’t end there. With a little bit of experimentation you’ll find some extra powers at your disposal.

Those toxic trails you’re leaving behind you don’t hurt all enemies, like Slamphibians for example. Got some of those on your tail? No problem, simply hit both ability buttons at once, the trail becomes a wake of fire, and those Slamphibians are toast.

Ground Pound is one of your basic moves, but it too can sometimes be combined. Pound alongside your Fire Arm and you’ll create a patch of fire to cause damage or char up some tasty mutie meat!

Pounding with Toxic Dump creates a toxic puddle. It’s much faster to deploy than the trail itself, but it disappears after doing a single point of damage. It might be just enough to escape the clutches of some foul creature though!

These are just a little taste of all the bizarre, twisted mutations that await you in Rad, along with the myriad of ways the powers can be combined or used in new and interesting ways. Pick the game up on August 20 and test them out for yourself!