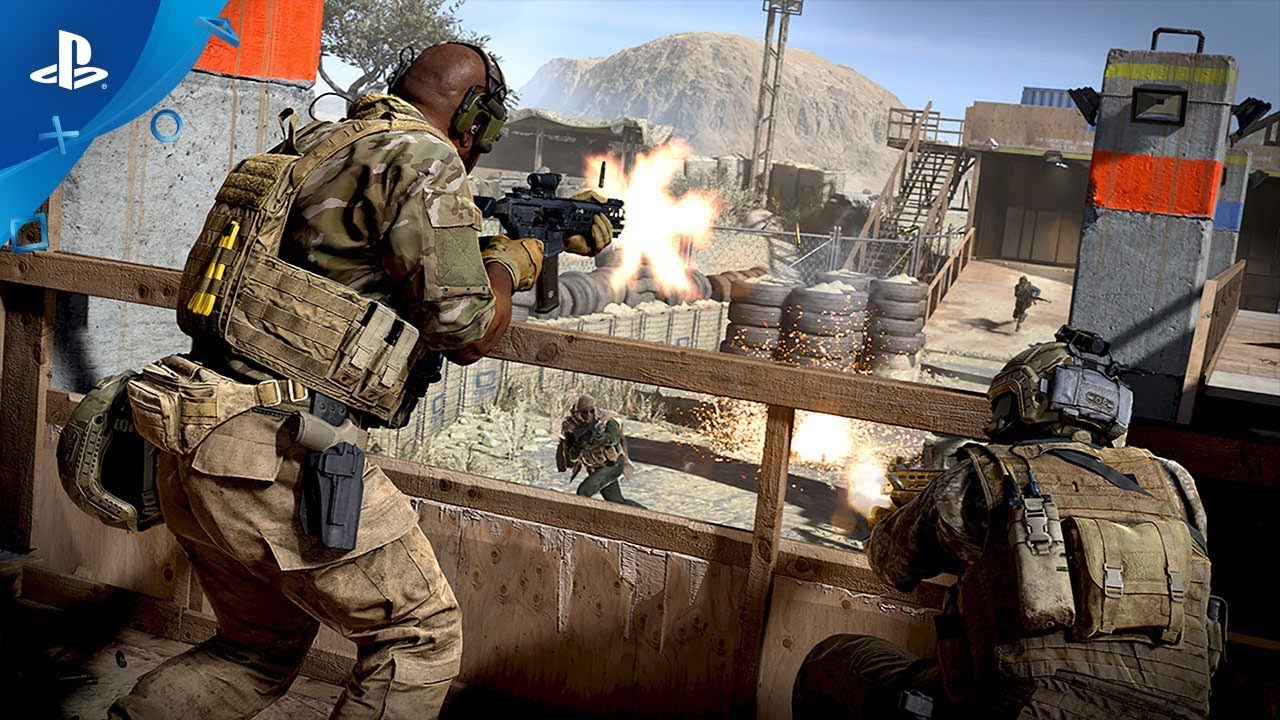 No need to wait until Call of Duty: Modern Warfare launches this fall to try the intense new Gunfight Mode. PlayStation 4 users can deploy into a free Alpha for the 2v2 mode from August 23 to 25. Anyone with a PS4 and an internet connection can access the Alpha and play (no PS Plus membership required). The Alpha includes five close-quarters maps, including two never-before-played locales: Docks and Speedball.

Prepare yourself with a Gunfight Mode overview and tips. We competed in several heated matches during a recent Modern Warfare hands-on event and walked away with helpful tactics.

Gunfight Mode Overview
Unlike Modern Warfare’s core Multiplayer experience – which is all about insanely deep weapon customization – Gunfight Mode is about adapting to unpredictable loadouts in intimate 2v2 maps. It’s a refreshing, intense contrast that enriches the overall package.

The goal is simple: First team to win five rounds secures victory. The catch is each team begins a given round with a “random” weapon loadout. Infinity Ward has curated a wide range of loadouts, from pistol and rocket launcher combos to scoped shotguns. You never know what you’re going to get, so quick thinking and fast reflexes are rewarded. The opposing team starts with the same loadout, which makes predicting enemy strategies crucial.

Experienced Call of Duty players will pick up the nuances of combat quickly. Even so, here are some tips to get you started:

Play the Call of Duty: Modern Warfare Gunfight mode Alpha on PS4 from August 23 to 25, exclusively on PS4. The full game arrives October 25.