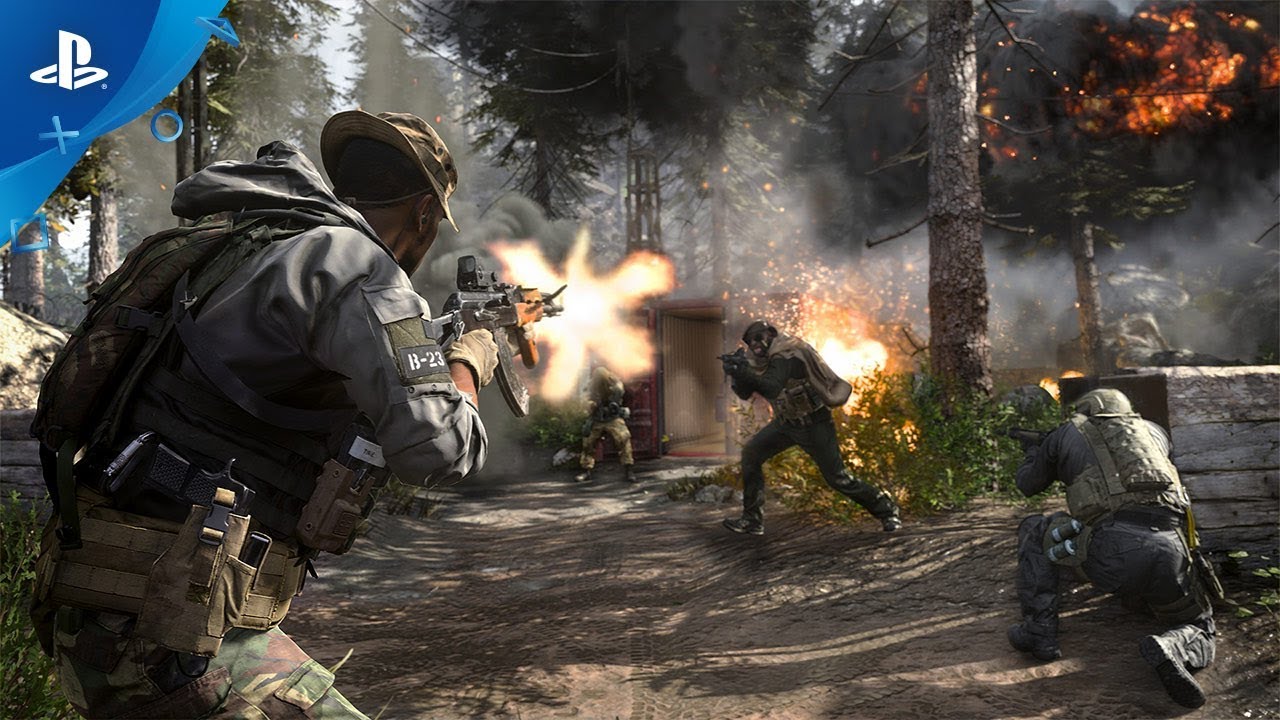 Names are loaded with meaning, and Activision said a lot with “Call of Duty: Modern Warfare.” The name invokes Infinity Ward’s sublime Call of Duty 4: Modern Warfare, which ranks among the most influential FPSs of all time.

Activision proved during a recent hands-on event that Modern Warfare has more in common with that seminal game than just a name. It aims to similarly move the genre forward with bone-crunching audio and visuals, while doubling down on the weapon and loadout customization that immortalized Call of Duty 4: Modern Warfare.

Activision kicked off the event stating their mission — a unified experience for all Modern Warfare players. Season Pass is gone, and instead players will receive a mix of post-launch maps and other content for free. Crossplay widens the base by allowing console players to match up with PC players (with options to customize whether or not you face off with mouse-and-keyboard players).

The promise for a cohesive and intense Modern Warfare experience is enticing, but the proof is in Infinity Ward’s striking gameplay.

Your Loadout Defines Your Playstyle

Modern Warfare is a teeth-rattling return to the core gameplay that made COD4: MW legendary. The most impactful change is that now you can mold your weapon and overall loadout to your playstyle preference in their Gunsmith system.

Operators are cosmetic options with eye-catching skins and colorful voiceover (become a doomsday prepper or scrappy resistance fighter), but you won’t be harnessing special abilities with cooldowns. Instead, you’ll burrow into gunsmithing options that let you modify your firearms to an outlandish degree.

Want a shotgun with a sniper rifle scope or a laser-sighted LMG with a three-round burst? Go for it. Swapping between 30 to 60 muzzles, sights, lasers, Perks (quick reload for me!), and more per weapon is almost overwhelming at first, but the stats menu makes trade-offs crystal clear. Maybe that weighty fifth attachment isn’t worth the hit to your mobility, after all.

Customization expands far beyond guns. Killstreaks return with a cathartic vengeance. Favorites like the UAV, Care Package, and tide-turning Juggernaut return. Rack up eight consecutive kills to unlock new tools like the Infantry Assault Vehicle – a light tank that can be piloted by one player while another unleashes the .50 cal on top. Potent field upgrades like stopping-power rounds and a recon drone to spot enemies are available after enough time elapses in a match.

Player Perks also enable useful passive benefits like tracking the steps of a nearby enemy or retaining credit towards a Killstreak even after death. The breadth of options speak to Infinity Ward’s aim to cater to any Call of Duty playstyle, be it sniping, run ‘n’ gunning, team support, or even camping.

A New Level of Warfare

Infinity Ward’s obsession with impactful, authentic gameplay drops players onto the battlefield. The Call of Duty series is already known for its stellar production value, yet Modern Warfare improves upon FPS audio and animation in stunning new ways.

The minimap is no longer present by default, tucked away to be earned through Killstreak rewards. Instead, a minimal compass at the top of the screen tips off enemy locations. My eyes remained transfixed on the unfolding action, no longer tempted to scan the minimap every other second. My ears also became more active to gather more info on enemy positions, and were treated by the new levels of gut-punching audio fidelity. Zeroing in on rifle blasts and crunching footsteps make locating enemies feel more earned and satisfying.

Activision gave us hands on with a handful of modes from Modern Warfare, ranging from time-tested Team Deathmatches to close-quarters brawls. The highlights:

Modern Warfare’s multiplayer showing demonstrates that Infinity Ward aims to elevate the series’ successful core formula to new heights. This offering alone is enough to justify counting the days until it launches on PS4 October 25, and we haven’t even played single-player or Spec Ops yet.

Thankfully fans can get their hands dirty with weapon loadouts and dive into the Multiplayer Beta when it launches first on PS4 September 12.