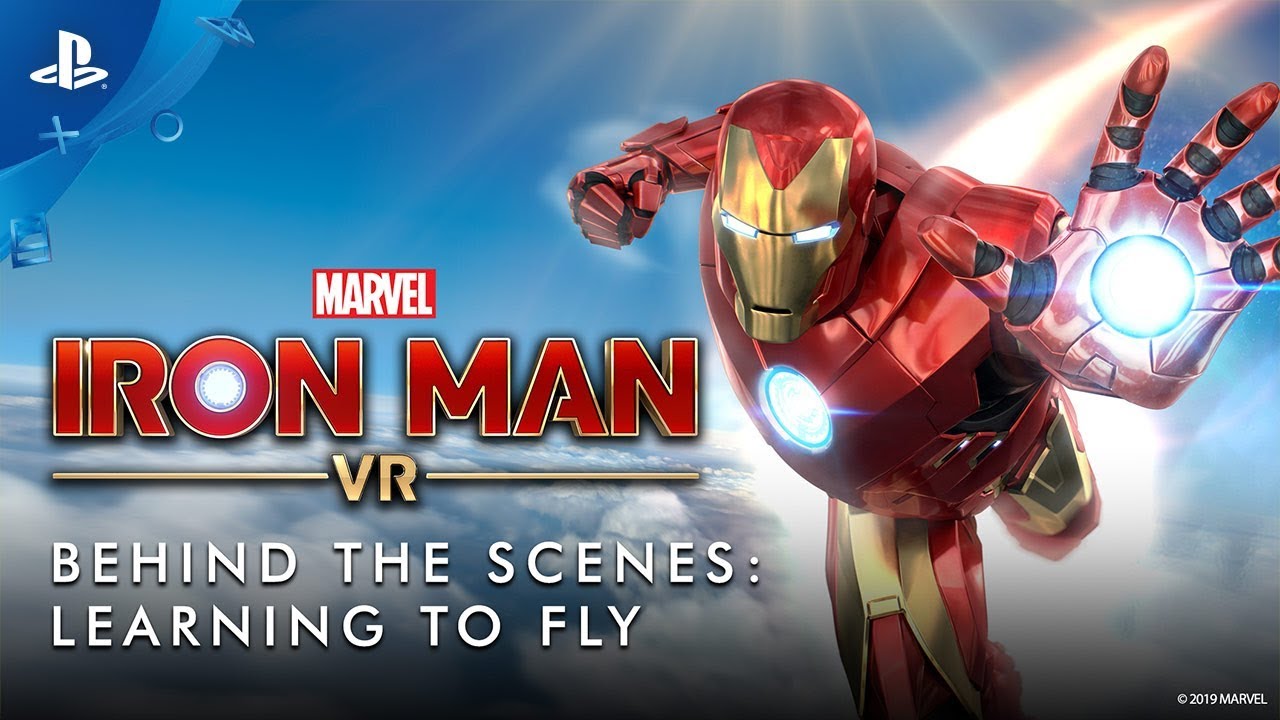 Developer Camouflaj sheds light on how they made flying in VR with Tony Stark’s signature Repulsors feel intuitive and satisfying.

Back in March, we announced Marvel’s Iron Man VR exclusively for PlayStation VR. It was fun (and cathartic!) to finally talk about the game as we know how special and important of a game this is for PlayStation, VR enthusiasts, and, of course, fans of Marvel.

In celebration of San Diego Con Comic, we joined the Marvel Games panel to talk more about the game, the Impulse Armor designed by legendary Marvel artist Adi Granov, and how Camouflaj tackled one of the greatest development challenges it’s ever faced: nailing flying in VR.

During the initial ideation process, the team at Camouflaj knew we had to execute on a number of essential components to bring the Iron Man fantasy to life in VR. Feeling like you’re wearing the suit, blasting your Repulsors, viewing the world through a full three-dimensional HUD, and being the complex (and inventive) Tony Stark character were all key, but none more important than nailing the sensation that you’re flying around as Iron Man in VR.

In order to convince the team at Marvel Games that Camouflaj was the ideal developer to bring Iron Man to VR, we knew we had to demonstrate that flying as Iron Man in virtual reality is not only comfortable, but wildly fun and liberating. To compound the challenge, we had only a few precious weeks to sign our next project, so, like Tony Stark in the cave with his back against the wall, we brushed aside all mortal concerns and faced the challenge head-on.

During those first few days of preparation, I hosted meetings with our team to determine what should be included in the ultimate Marvel’s Iron Man VR pitch. One day later, Troy Johnsen, an engineer on the team, came back with what felt like the perfect prototype. As many of you probably know, so much of game development — as with Iron Man himself — is about experimenting and not giving up, even in the face of seemingly impossible challenges.

With 48 hours left until the pitch, we packed our gear into a rental car and drove from Seattle to Los Angeles. Our lead writer Brendan Murphy drove most of the way while Troy, Brendan’s dog Remy, and I continued to noodle on the pitch on my laptop. During the long road trip, whenever we expressed concerns about Marvel signing the game, we reminded each other of what was in the trunk of the car: a magic prototype that convinces almost anyone who plays it that, not only is Iron Man perfect for VR, but that Camouflaj was the team to realize the dream.

Needless to say, the team at Marvel Games loved the pitch — especially the prototype — and we began the long drive back home to Seattle beaming with energy. What then transpired was years of hard work building the story, features, and technology while Troy continued to experiment, tweak, and polish in service of delivering true Super Hero aerial freedom. Without getting too much into the weeds, here are some ingredients in the secret sauce:

The key reason it feels so good and natural to fly as Iron Man in our game is because we obey Newton’s laws of motion. We doubled down on how it would work in real life, which, it turns out, your brain really appreciates. Every frame we process includes calculations of up to a dozen forces, such as thrust, drag, and gravity — as well as our assistance systems — that output Iron Man’s accurate and believable trajectory through the sky.

Whenever possible, we preserve the player’s forward momentum. These systems allow the player to carve turns at high speed and enable our dogfight mechanics.

Inspired by those balloon-like “bumpers” at bowling alleys, we built an invisible system that cushions and guides the player around hard edges of buildings and other geometry. The bumpers also soften the blow when the player rams into something at high speeds. Under the hood, we account for potential upcoming collisions and gently apply collision-avoidance forces.

It turns out, the player doesn’t want to accelerate from zero to 300 kilometers per hour when they are trying to delicately fly around more confined spaces. Wherever more precise flight speed is needed, we apply different suit settings based on context. This allows the player to utilize their thrusters for both small-scale maneuvers as well as unlocking full-blown, face-melting thrust when they need it.

Developing Marvel’s Iron Man VR is as incredibly challenging as it is fun. The world of Iron Man and Tony Stark is such a fertile world to be creative in, but it demands that we execute on a number of key features, none more important than free-roaming flight as Iron Man.

Over the coming months we’ll be able to share a lot more about Marvel’s Iron Man VR — and trust me — there’s still much more to share. As fans of Iron Man and PlayStation VR, we believe we have a clear idea of what you all want out of Marvel’s Iron Man VR, and we’re working hard every day to deliver on that.

Back to the Garage!