Behind the Bonkers Boss Battles of Blazing Chrome, Out Tomorrow 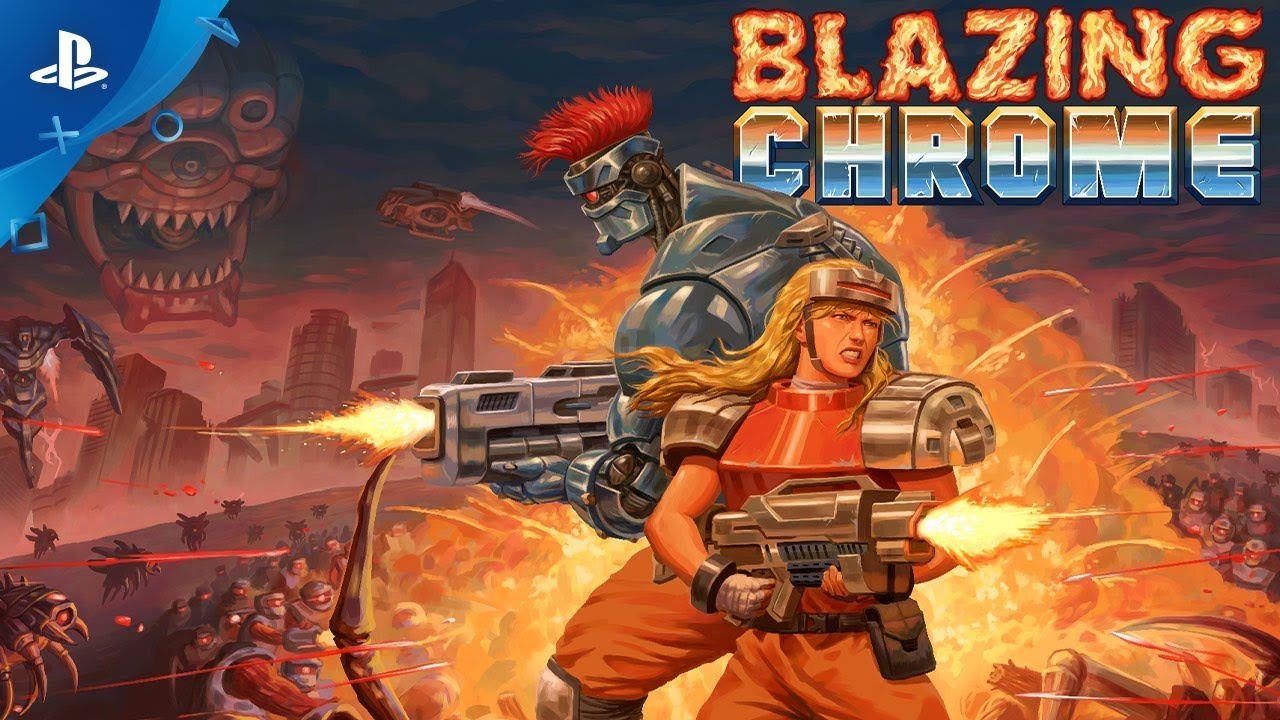 A good run’n gun is all about boss battles; some of them are even basically all boss battles, like Contra Shattered Soldier or even Hard Corps in its final levels. We felt that we needed to put at least three encounters on our stages to keep things rad enough — that was the main guideline for us.

Designing our bosses wasn’t an easy task — we had some issues making their patterns good and also keeping them looking cool. Most of the bosses are huge, towering robots and during the development, our programmer, Iuri Nery, had to develop an internal animation system based on rotation sprites that support multiple engine animations just for these big guys. It was no easy task. To simulate the old rotation and scaling effects of the Mega Drive, Iuri had to make everything using only math, no bones or fancy modern things.

We also had to make every boss encounter super different from the rest. Sometimes I got ahead during development because Iuri had to program difficult things, and I would start designing a new boss without playing the game. That was a problem — sadly, we had to scrap an entire boss because it was too similar to the boss in stage 1!

In the end, we still used the main idea for this boss, or at least some design lines, to create stage 4’s fake-3D boss.

We also reused some ideas from our previous game, Oniken. For example, there’s a boss battle where you’re on a hoverbike and have to fight a robotic polar bear. We sort of remade that boss in 16-bit and added more craziness during the battle. It was super fun to see that old boss getting a robotic facelift hahaha.

In the end, it was a fun and crazy development. We hope you have fun with Blazing Chrome! Thank you!