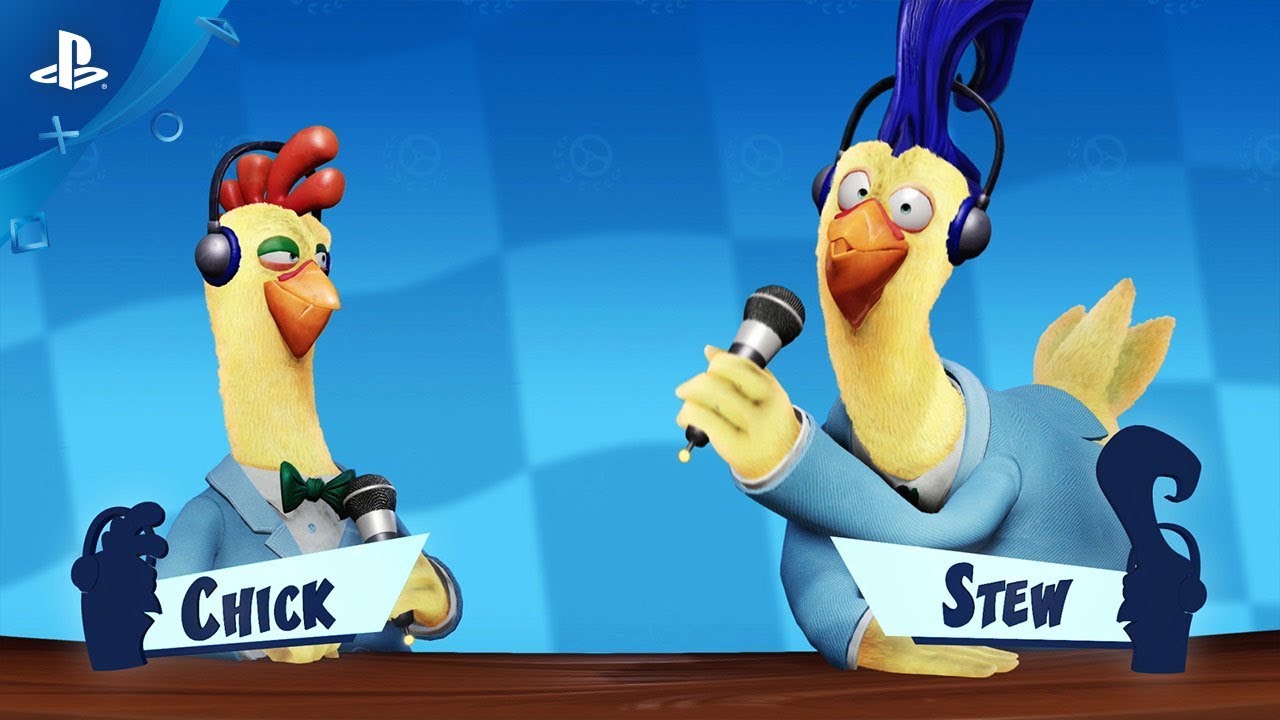 We at Beenox have been waiting for this for a long time. Today we’re thrilled to announce the plans for post-launch content for Crash Team Racing Nitro-Fueled! Aside from all of the tracks, characters, modes, and customization you already know about from the main game, expect even more content in the form of the CTR Nitro-Fueled Grand Prix: themed seasonal content and challenges available to anyone who has purchased the game, for no additional cost. This includes an additional track released at the start of each season, and available to play both online and locally from that season onward! The first of these seasons — the Nitro Tour Grand Prix — begins on July 3; less than two weeks after the game launches on June 21. This is our way to give Crash fans everywhere even more ways to race!

Grand Prix Content is not only new, but it’s also introduced by Chick and Stew

We know you’ve got questions, and luckily, we’ve got some answers. But first, let’s give a warm welcome to Chick Gizzard Lips and co-host Stew — ace rooster commentators for CTR TV, your CTR news channel! Yes, the chicken reporters from Crash Tag Team Racing are back and settling into their new roles as hosts for each new season of content! Simply tune in to CTR TV through the game and listen to Chick and Stew introduce each Grand Prix, explaining all the different challenges and rewards you can win by simply participating!

We’ve Got Grand Plans for the Grand Prix

What is a Grand Prix in Crash Team Racing Nitro-Fueled, exactly? Think of it as a themed season, constructed around a newly-themed track with a number of different challenges to undertake. Finish a challenge, and you’re awarded Nitro Points (think of Nitro Points like Experience Points). Complete more challenges to continue to fill that Nitro up. When you’ve filled Nitro up to certain levels in your Nitro Gauge, rewards are earned. Examples include new characters, karts, skins, and kart customization items.

You’re easily able to see your Nitro Gauge in the game, which shows your progress, the items you’ve earned along the way, as well as the ones you’re still driving toward! Just keep playing the game to complete these challenges and fill the Nitro Gauge before the end of that Grand Prix to earn every challenge reward. Challenges include top speed, power slide, reverse, and other competitive challenges, and they vary from easy to quite hard, increasingly testing your skill as the season goes on.

If you reckon you’re the best Bandicoot in the racing business, it’s time to prove it: with global leaderboards for every Grand Prix Season, you can compete to be the best in the world and win special in-game reward items!

Redeem Those Wumpa Coins: Head to the Pit Stop

As well as completing Grand Prix challenges to earn Nitro Points, filling up the Nitro Gauge, and unlocking a specific set of rewards every season, you can also earn Wumpa Coins by participating in Grand Prix challenges too. As you learned a couple of weeks ago, as you gather these Wumpa Coins, you can redeem them in CTR Nitro-Fueled’s Pit Stop for even more items.
Speaking of the Pit Stop, we’re also excited to announce that during each Grand Prix a new set of items will be introduced to it, like even more characters, kart sets, wheels, paint jobs, decals, stickers, and skins. With this, players have the ability to redeem their Wumpa Coins to play as racers that go beyond the original CTR and to find many unique ways to customize their characters and karts.

Season 1: Time to Get Warped — Welcome to the Nitro Tour!

Now that we’ve laid the foundation for what the Grand Prix is, let’s dive into the first Grand Prix, set to launch on July 3! It’s called the Nitro Tour Grand Prix and features a track called “Twilight Tour”, which reimagines the Ancient Egypt and Arabian Town levels from Crash Bandicoot: Warped — so look for some familiar sights and sounds as you’re racing!

Season 1: Say Hello to Tawna Bandicoot and the Nitro Squad!

This one has been difficult to keep as a secret for so long! We’re excited to announce that as well as an enthralling new track to perfect in the first Grand Prix, players are also able to earn Tawna the Bandicoot as a playable character. Players are able to unlock Tawna by earning Nitro Points during the first Grand Prix, and are also able to earn an amazing new Motorsport Tawna skin which lets the world know that she means business!

In addition to Tawna, players will be re-introduced to Ami, Isabella, Megumi, and Liz. Together, they are now known as the Nitro Squad (formerly known as the Trophy Girls in the original CTR), and are now characters that you can race with! They can be unlocked using Wumpa Coins in the Pit Stop during the first Grand Prix. These global bandicoots hail from all over the world, and are ready to compete! There will also be new Motorsport skins for them as well, to really show off their speed and style.

In addition to the new characters, you will see a bunch of other items that will be a part of the first Grand Prix, including international-themed items for players to show their national pride, new kart parts, and even the return of Le Chaux, the fan favorite kart from CTTR!
In short, make sure that starting on July 3, you are beating challenges in the Nitro Tour Grand Prix to fill up your Nitro Gauge, keep earning those Wumpa Coins by playing any mode in the game, and make sure you are heading to the Pit Stop to see what’s new!

Looking to the Future

That’s a deep dive into the first Grand Prix season, but as teased today, this is only the beginning! We have some incredible Grand Prix seasons coming up, including one that revolves around everyone’s favorite purple dragon… (if that doesn’t excite you, I don’t know what will).

Our goal with the Crash Team Racing Nitro-Fueled Grand Prix is to make sure that the race lives on, and we’re thrilled to finally be able to talk to you about it. Make sure you start practicing when the game comes out on June 21, because the real challenge begins on July 3!