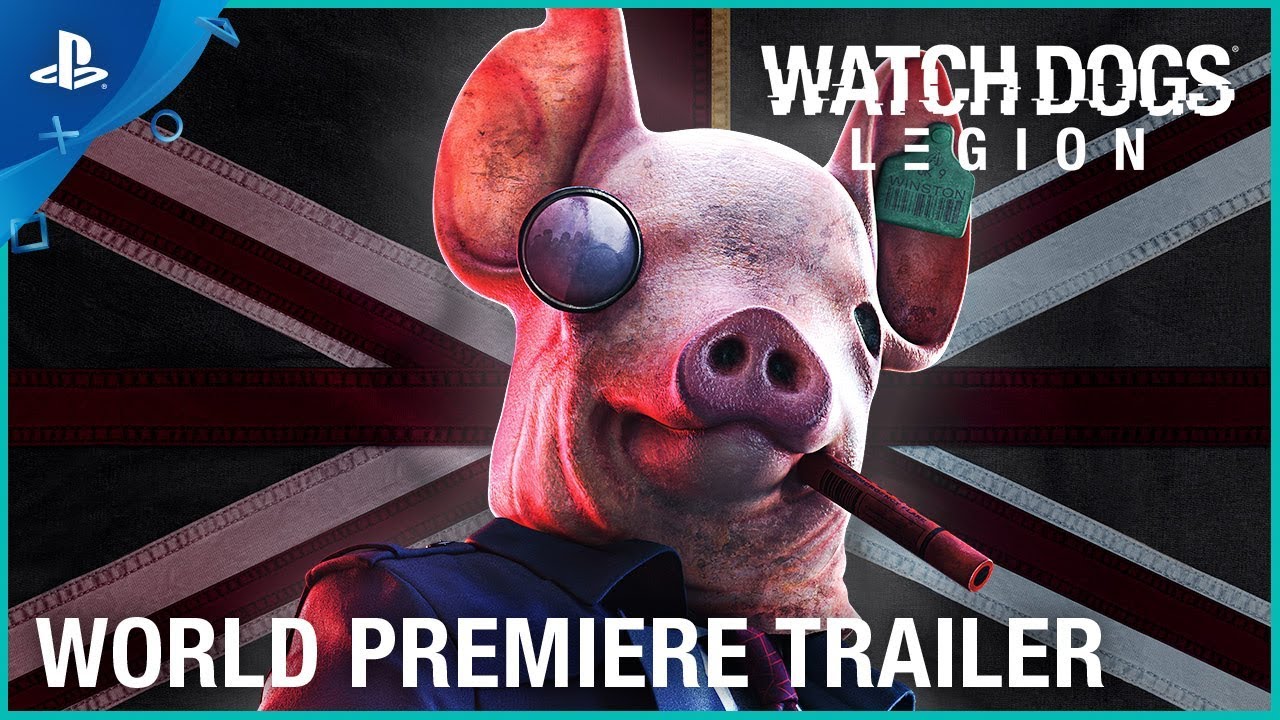 Recruit almost any character in London to join the Resistance.

The renowned hacker group DedSec returns when Watch Dogs: Legion comes to PlayStation 4 on March 6, 2020. In the near future, London has turned into a dystopia controlled by a corrupt private military corporation, where information is king and the citizens are all second class. It’s your mission to recruit new members to your cause and tear down the surveillance state.

Virtually every character in Watch Dogs: Legion’s version of London is a playable protagonist. As you work your way through London’s open-world streets, you’ll discover that everyone you see has different attributes and skills. One passerby might have a knack for melee combat; if you recruit them as an Infiltrator, they’ll be great for getting up close and personal with the enemy. Another might be a doctor, granting your team an overall health buff; get them on the team, and you can survive even the toughest encounters. These character traits aren’t decided at random but are intrinsically tied to each character’s background.

It’s this variety of stats and expertise that will drive you to recruit characters from all over London, but it’s not as simple as walking up to them and giving them a membership card. Every character in Watch Dogs Legion has their own personal life and routine. The hacker you’re pursuing may have a loved one in the hospital, or owe a tremendous debt to a loan shark.

As a member of DedSec, you can hack into the hospital’s mainframe and prioritize care for your hacker’s family or take a more aggressive route and meet the hacker’s loan shark in a dark alley and send them a message with your fists. Either way, you’re having an impact on that character’s life and daily routine, and sooner or later that hacker will come to see DedSec as an ally and join your team. How you choose to get them there is completely up to you.

You can assemble a crew of up to 20 DedSec members at a time, though the entire population is always there for you to recruit from. Enforcers prefer automatic rifles and sticky bombs. Hackers control their environment from afar, relying on their trusty Spider Bot to access hard-to-reach places. Infiltrators are up-close attackers with the ability to cloak themselves from view for brief periods. You can switch between characters to utilize each of these diverse classes, all while leveling up your operatives and earning additional perks and modifications to help you take down the establishment.

But don’t get careless — DedSec may have become a global entity, but that doesn’t mean you’ve got unlimited resources. The world around you becomes more dangerous as you escalate conflict. Stick to melee attacks, using the completely reworked melee system, and your aggressors will do the same. The moment you pull out a gun, however, your enemies will not hesitate to return fire. If you get shot down during the mission, you can surrender or keep fighting. Choosing the former will send your character to jail, and you’ll need to play as another DedSec member to bail them out. If you choose to keep fighting, you’d better be a good shot, because a new permadeath system means that if you do down again, that operative is out for good.

Choice is the crux of every action in Watch Dogs: Legion. Who you choose to recruit, how you handle your mission objectives, which areas of London you liberate first — it’s all up to you. Whether you take down your oppressors from the shadows, or meet them face to face, guns blazing, London is yours to defend. Fortunately, you’ve got an entire city’s worth of potential recruits waiting to join your team when Watch Dogs: Legion launches on March 6, 2020.
Stay tuned for more on Watch Dogs: Legion, and everything else from Ubisoft at E3 2019.