Spiritfarer, A Cozy Management Game About Dying, Comes to PS4 Next Year 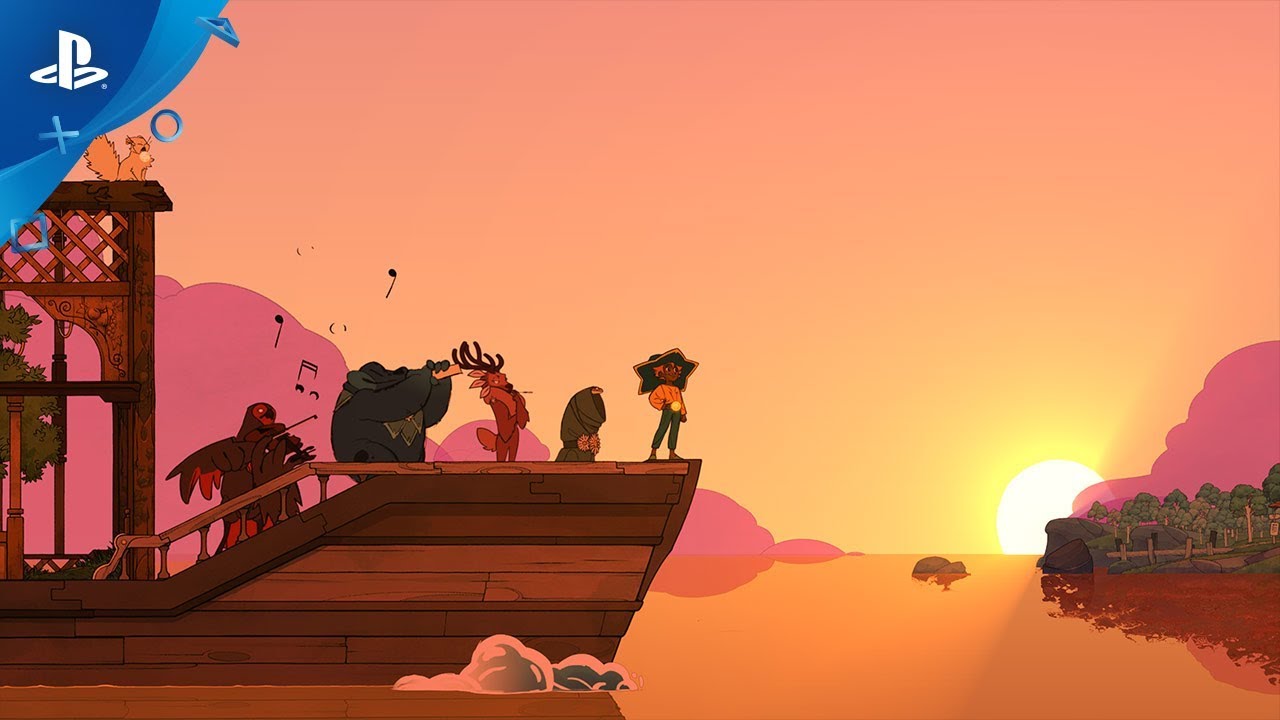 Thunder Lotus details the personal journey that led to the creation of this sensitive game about friendship and loss.

We love to describe Spiritfarer as a cozy management game about dying. In it, you’ll play Stella, the newly appointed ferrymaster to the deceased (a Spiritfarer!). You’ll build a boat to explore the world, then befriend and care for spirits before finally releasing them into the afterlife.

In the game, you’ll farm, mine, fish, harvest, cook, and craft your way across mystical seas. Daffodil the cat is Stella’s companion and will share your responsibilities in two-player cooperative play. You’ll spend quality, relaxing time with your spirit passengers, create lasting memories, and, ultimately, learn how to say goodbye to your cherished friends.

Spiritfarer is a positive take on loss. It’s a fun and loving experience, and above all a game that I never imagined would happen with me at its helm.

But allow me first to rewind a bit. I’ve been pretty fortunate in my career, and by extension, in my life. Making video games is definitely not an easy path to take, but it is a fun ride if you really care about this medium. And I can’t say in words how much I care.

You’ll understand then how stoked I was when, 14 years ago, amidst a cold Parisian winter, I learned that I had been hired by a Major! Videogame! Company!® across the ocean, in even colder Canada. But I didn’t really care about the weather; I was burning inside.

Crafting AAA games is an adventure. It takes energy, skills, and razor-sharp focus. Whoever you are, in a team larger than a hundred people, you always end up doing only a very small portion of the project, but it has to be as perfect as it can be. I’ve always felt like it was working on a Ferrari, albeit crafting only the steering wheel.

Then at some point, once your craftsman’s (or craftswoman’s) work has been on display enough, you shift to “Direction” teams, where almost all of the decisions are made. Picture several dozen people, each with their individual responsibilities guiding the game and all of the other developers.

If you’re lucky, you’re working in a highly efficient war submarine, with an inspirational leader, a tightly respected chain of command, and unbreakable bonds of trust. If not, then you’re in a failing Byzantine royal court, where everyone schemes behind everyone’s back to become the next Vizier and impress the Sultan, and no one cares about the people starving in the streets.

I’ve been through it all. Some truly proud moments were had. And yet, I must admit, my last years in AAA were tough. I ended up being caught in a trap of corporate persona, mixed with casual anger that stemmed from the deep feeling of unachieved endeavors. I became terribly bitter about every aspect of game making, and seriously asked myself how could it be that something so fun was so gut-wrenchingly hard to do? I had honestly almost given up on making games altogether.

In addition to that, In the summer of 2017, my very old and very beloved grandmother was dying. She was 97, had lived a courageous (and sometimes nonchalant) life, but still somehow managed to crack nasty jokes and share wise life lessons. Needless to say, I wasn’t in the best place.

Almost by accident, in October of the same year, an old friend of mine introduced me to Will Dubé, who had founded Thunder Lotus a few years prior. They had a base idea about a game and needed someone to own the vision and design for the project.

As soon as I heard the initial idea, it became clear to me that Thunder Lotus was where I belonged. It was as if it finally made sense, as if games could really be what I always thought they had to be. And this one would be just that — a game that matters, an experience that means something and has a purpose.

When your life goal is to create, you can’t help but ask yourself constantly one simple question: Why? Why am I making this? What does it achieve? How does this thing not only entertain me but elevates me as a human being?

Speaking to King Louis XIV at the opening of “Tartuffe,” Molière said: “the duty of comedy is to correct men by amusing them.” Videogames are important to me. They are too, to millions of other people. We as creators have a duty to yearn for games that matter, games that have a lasting impact.

Spiritfarer is a positive game about loss, friendship, empathy, and what is left behind. I sincerely hope it will entertain you, move you, and help you as much as it’s helping me. The game is coming to PS4 in 2020 — stay tuned!