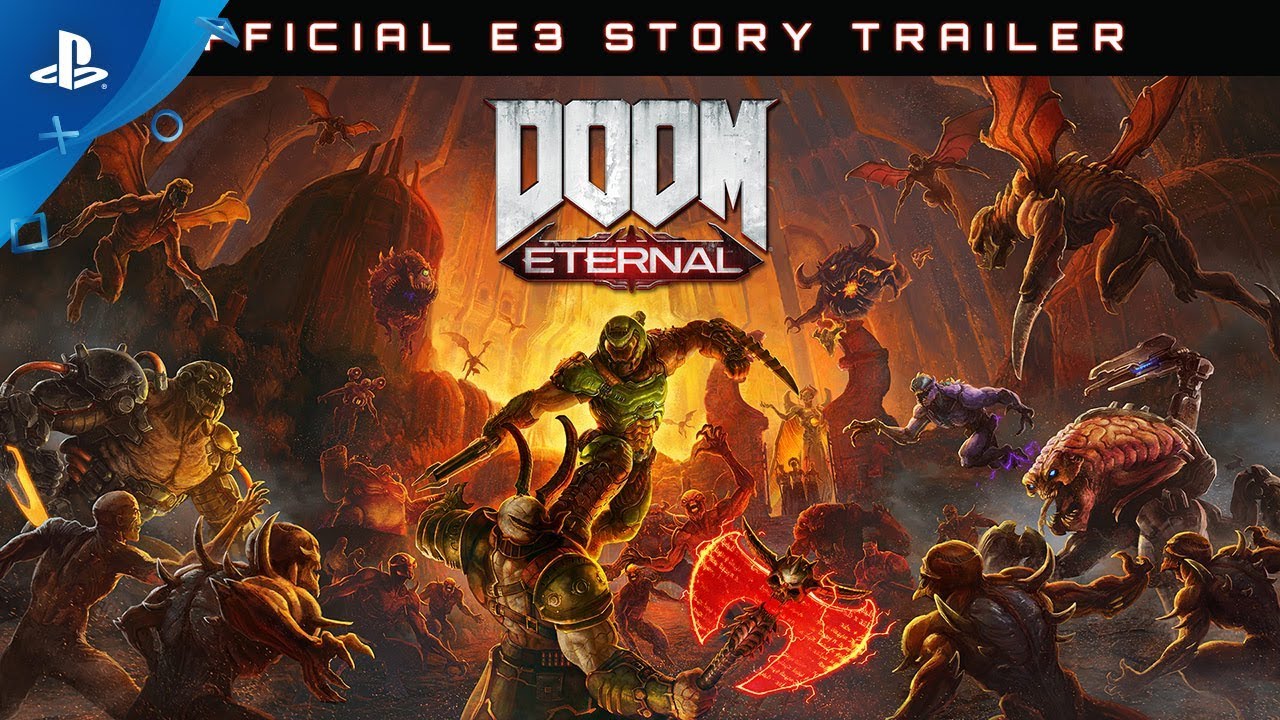 Get a new look at the Doom Slayer’s arsenal of chaotic toys in a gameplay trailer that'll get your blood pumping.

Earth becomes a living nightmare as demons take over the planet and push humanity to the brink of extinction. Now, it’s up to players to once again become the legendary Doom Slayer and rip and tear their way through the hordes of Hell in Doom Eternal.

As the hordes of Hell evolved, so too has Doom Eternal’s combat. Players barrel their way through each heart-racing encounter by mastering a deadly combination of skill, raw firepower, and fast movement.

To keep obliterating your enemies, aggressive resource management is key. If you need something, charge into combat and take it from the demons. Use the all-new shoulder-mounted Flame Belch to burn demons for armor. To replenish health, use firepower to stagger a demon and move in for a brutal Glory Kill, and cut demons in half with your trusty Chainsaw to refill your ammunition.

Your demon-crushing skills will be put to the test by lethal new foes like the Tyrant – a hulking class of demon whose imposing height and deadly design call back the formidable boss from the original 1993 Doom and cover star of Doom II – the Cyberdemon.

Thankfully, the Slayer came prepared for the new demonic threat. Doom Eternal’s arsenal features many weapons fans have come to expect from Doom plus considerable upgrades such as the enhanced Plasma Gun (complete with a redesign inspired by its classic 1993 appearance) and the Meathook, augmenting the Super Shotgun with demon-grappling capabilities ensuring that hard-to-reach targets aren’t safe from point-blank devastation.

The Slayer’s tool kit also features the shoulder-mounted Equipment Launcher and the Doom Blade, as well as offensive movement capabilities that allow him to dash midair, bulldoze walls and just plain smash his way through even the toughest battle arenas!

Doom Eternal also features BattleMode – an all-new multiplayer experience developed internally by id Software. This is Doom with your friends, featuring two player-controlled demons versus one fully-loaded Slayer. It’s demon strategy versus Slayer skill in a competitive, engaging and fun best-of-five round fight to the death.