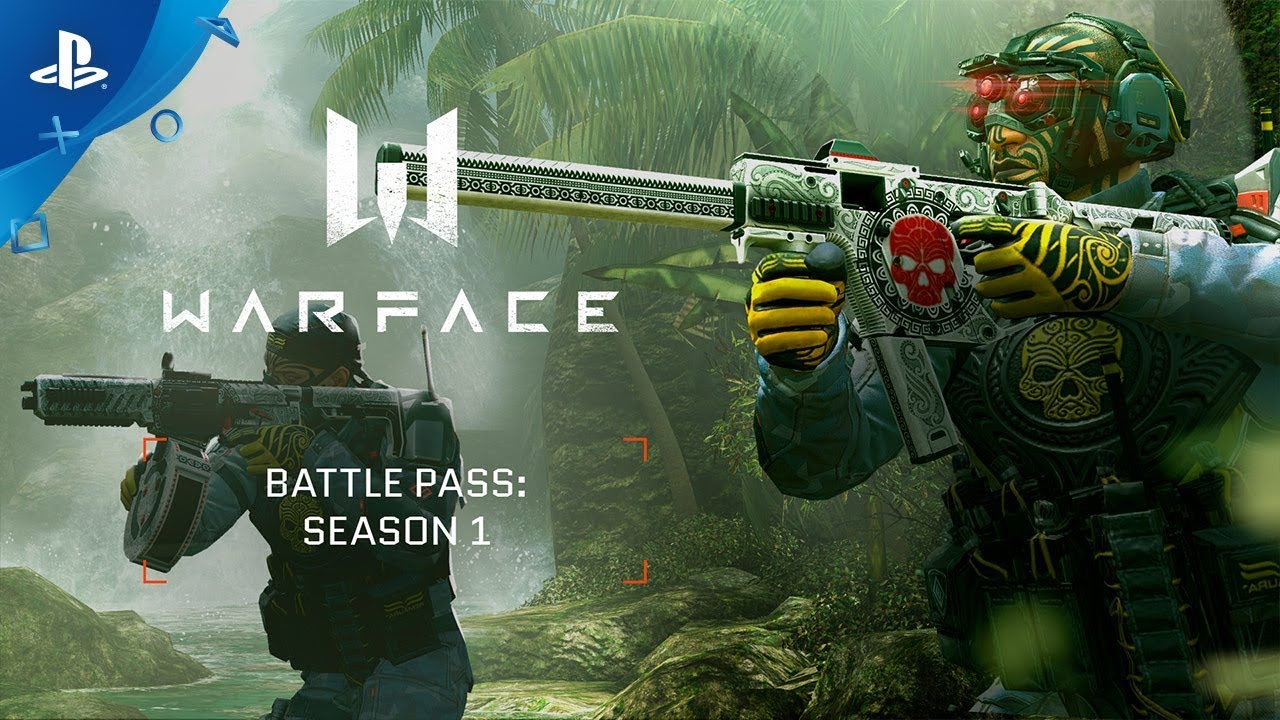 Earn new rewards and unique weapons with the F2P FPS's first Battle Pass, and uncover a dangerous secret on a tranquil island.

Are you ready to try Warface’s biggest update yet? Today, the Sunrise update lands on PS4, which not only introduces the very first season of our new Battle Pass (alongside tons of amazing rewards), but also a story raid set in a Japan-themed location, plus new enemies, weapons, gameplay mechanics, locations, and a gorgeous PvP map. Let’s take a look at what’s new!

Earn exclusive rewards with Season 1 of the Battle Pass

With the addition of the Battle Pass to Warface, we’re adding an extra element to your gameplay experience by giving you the chance to score huge rewards, just by playing the game. You can progress through over 100 levels of rewards by completing PvP and PvE missions — the more you play, the faster you’ll unlock them!

Reaching certain levels of the Battle Pass will reward you with striking Maori-style items from the K.I.W.I. series, belonging to a mysterious organization that has plagued both Warface and Blackwood from the shadows. This gear has a distinctive design that will not only intimidate enemies, but shock them with incredible stats. We’ve rounded up the best weapons, weapon camo, headgear, vest, gloves, and boots for this collection, and they’ll definitely pack a punch when equipped as a set!

All players start off with the trial version of the Battle Pass after updating Warface, but only prizes up to level 10 can be claimed without upgrading to the full version. The grand prize sits at level 100: the Kriss Super V Custom, one of the most powerful submachine guns in Warface. Are you up to the challenge?

The sun rises on new story and PvP content

The poisonous reach of the Blackwood corporation has extended to a secret island in the Pacific, and the Warface squad is on their trail. The new Sunrise Raid invites you to explore ancient temples, grand dojos, and beautiful outdoor locations tinged with sakura blossom in search of the dark secret Blackwood conceals here. Hang tight for unpredictable plot twists, dangerous new enemies, and stylish locations!

PvP fans will be able to experience the beauty of the new Japanese setting in ‘Free For All’ mode with the Sanctuary map, based on a location featured in the Sunrise Raid. Learn its secrets to get the upper hand on your enemies!

If you’re inspired by the new Japanese setting, we’re also introducing the Yakuza weapon series! This unique collection mixes traditional Japanese designs like sakura blossom, festive koinobori, fierce masks, and fiery dragons with the cutting-edge technology you expect from Warface. There are also over 20 new achievements for Sunrise and Yakuza weapon mastery to strive for. These can be pinned on your profile, so don’t hesitate to show them off.

Between the new story, weapons, PvP map, and all the awesome rewards you can earn with Battle Pass, there’s never been a better time to join the fight in Warface!

Warface and the Sunrise update are free to download and play from the PlayStation Store now.