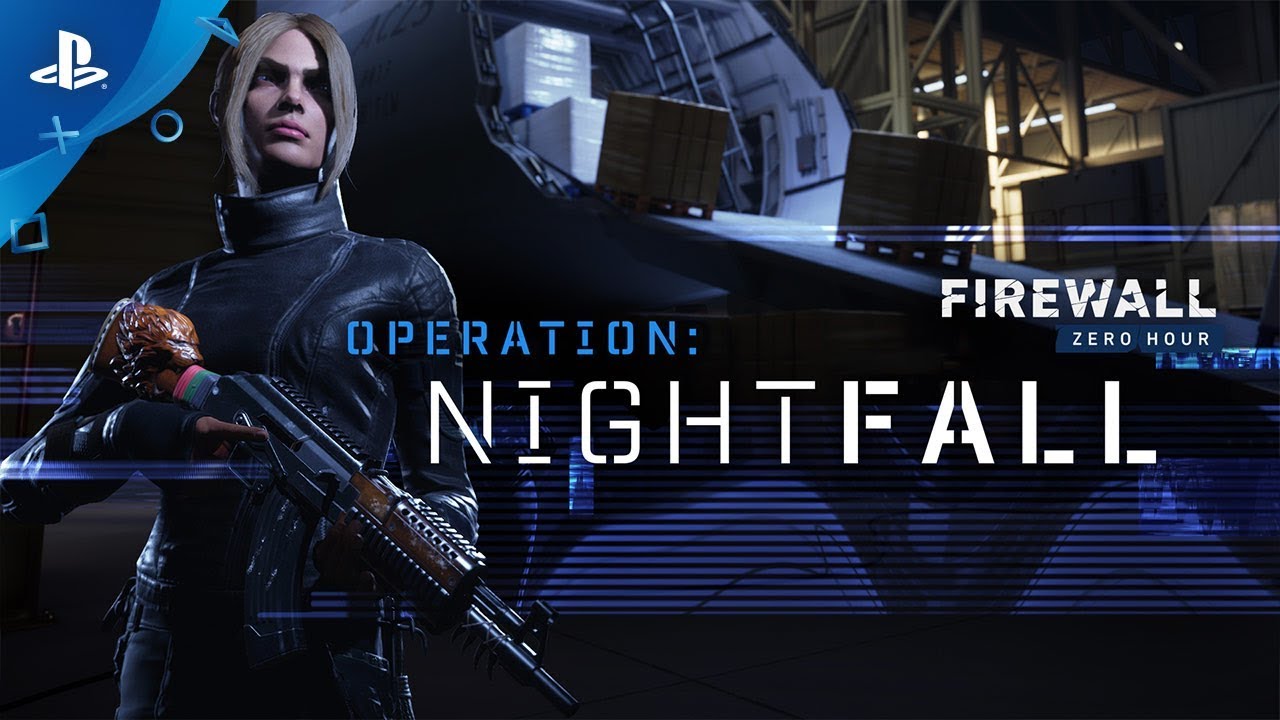 With Operation: Nightfall, we’re bringing a whole new face to Firewall Zero Hour as you know it. One of the most significant changes is introducing a whole new system of time-limited progression taking the form of Missions, Tasks, and cosmetic Rewards.

With the Operation: Nightfall drop, we’ve changed our previous challenges system to take on a more meaningful approach and reward players with new cosmetics. Each week your Contract Handler will assign a new Mission to complete, yielding new rewards. You will notice new optional daily Tasks presented to you as well, which reward you with XP and Crypto. Check back daily for new Tasks!

Every week there will be one Mission is available for free for all players. With an Op-Pass ($9.99 USD), players can unlock additional Premium and Bonus missions and earn Seasonal cosmetic rewards, which unlock immediately upon completion of these Missions.

Operation: Nightfall kicks off with the brand new map, Hangar, and a new Contractor, Ruby, who brings the Skill of “Thief” (ability to steal Crypto from enemy corpse). The map of Hangar takes place around a large military transport aircraft in a hangar in the heart of Malaysia, and is available to all players. Ruby, the Contractor, is accessible via the Op-Pass. Her Skill of “Thief” is available as a timed-exclusive to Op-Pass holders (after season wraps, the Skill becomes available to all players at Level 12 and with 12,000 Crypto).

Later on, players will see Operation: Nightfall’s mid-season update, which will introduce another new map (F.O.B.) and new Contractor (Lynx) for the season.

Also launching on day one of Operation: Nightfall are three new weapons (the Richardson SG12, Sarge, and Raptor), which become available upon completion of their corresponding weekly missions.

Players will immediately notice a completely revamped UI in the game. This will make the new Missions, Tasks, and Rewards system very clear to players. Players will also notice various changes in the lobby that improve overall performance and stability. Other quality-of-life updates include: Squad optimizations, ability to customize Contractors in lobby, map and laptop location refresh in Bunker and Compound, as well as updates to enemy indicators and headshot SFX.

Beginning May 21, we are excited to offer players several new ways to enjoy the game, depending on your play style. The Op-Pass and Hack Keys are explained below:

Leading up to May 21, you’ll notice changes starting today in the PS Store in the Americas and Europe for Firewall Zero Hour. Previous cosmetic items released on the store since launch will now be reformatted into seven special content bundles. If you haven’t yet, be sure to grab these bundles as they will only be available for one week! After May 21, cosmetic items will be available in-game as rewards for completed missions:

With Firewall Zero Hour – Operation: Nightfall, we’re thrilled to be rolling out a new format for the game, and establishing a cadence for seasonal content updates going forward. We’re looking forward to community feedback on this new update.

*An internet connection is required for all modes of Firewall Zero Hour, including Single Player Training Mode. An active PS Plus membership is required for Multiplayer Training and Multiplayer Contract modes.
**Op Pass requires Firewall Zero Hour in order play and unlock content.
***Available for purchase in the PS Store. Hack Keys alone can be used to hack free missions, and when used in conjunction with the Op-Pass, Hack Keys can hack any type of mission including Premium and Bonus missions.