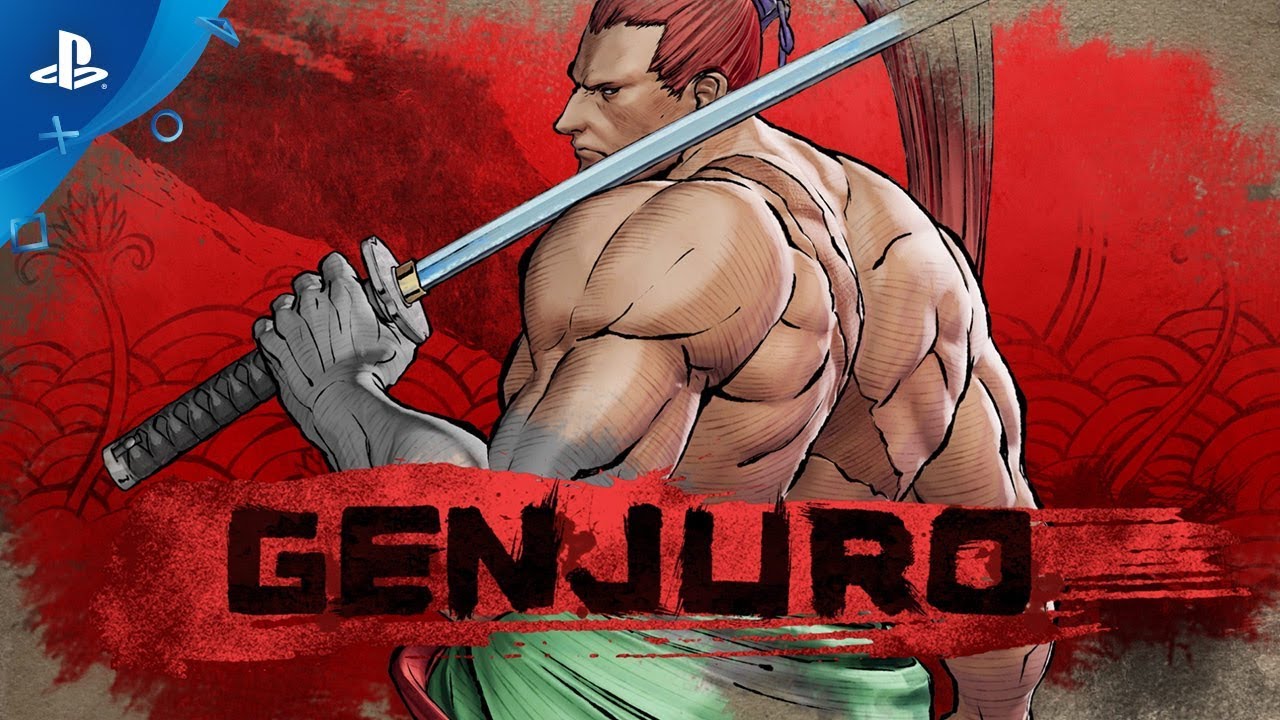 Plus, SNK talks fighting fundamentals and how early adopters can get the Season Pass for free.

After 10 years, the series that pioneered 2D swordplay is back. Samurai Shodown is known for its heavy influence of Japanese culture and high-risk high-reward gameplay that puts players on the edge of their seats. New players may notice that there is a lack of ‘combos’ in this fighting game, but I assure you this is by design. Button mashing and being too impatient will only open you up for punishment, so it’s best to learn from your enemy and strike when the iron is hot.

The core foundation that makes Samurai Shodown what it is comes down to its Rage Gauge, which fills up upon being hit. At max Rage, the player’s character receives a passive attack bonus, and they additionally have access to their Weapon Flipping Technique, which if landed, can disarm the opponent leaving them extremely vulnerable. 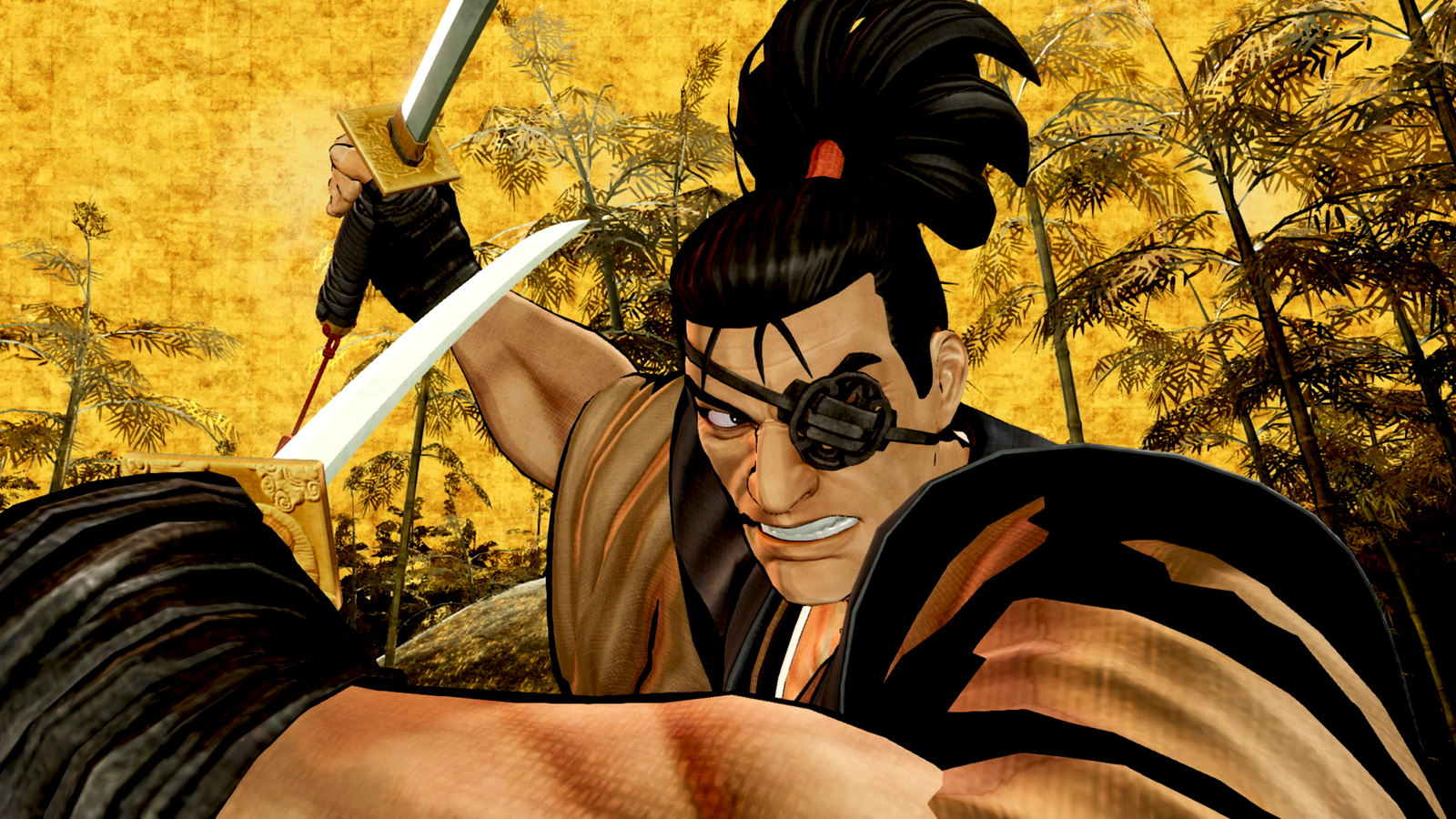 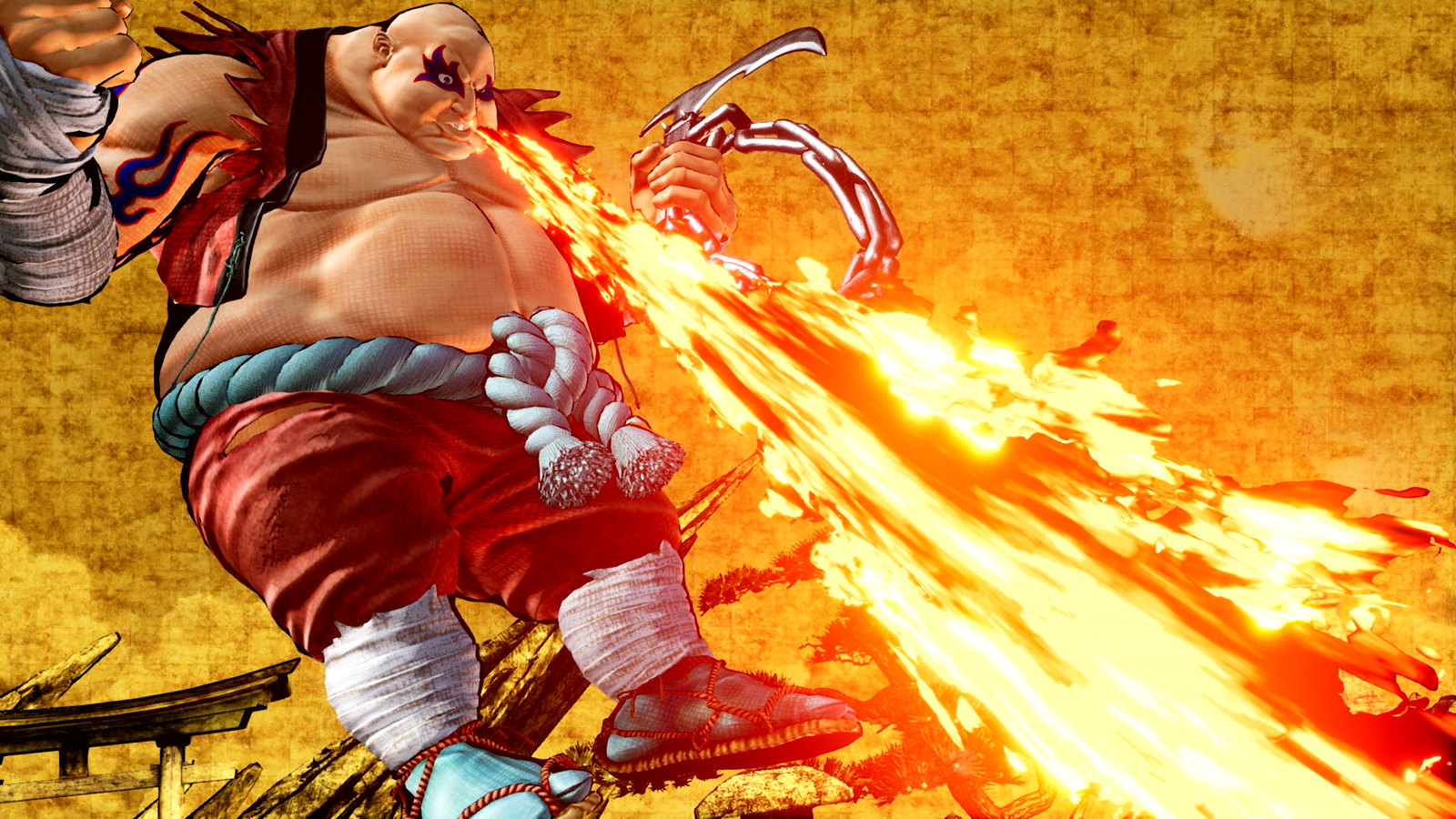 Performing a Rage Explosion during any time of the match will put a character at max Rage, and adding upon the benefit of the attack buff and Weapon Flipping Technique, players now have the option to perform a Lightning Blade attack, which deals massive damage on hit. This however comes at a price, as performing a Rage Explosion removes the Rage Gauge for the rest of the battle, meaning the player will now have to rely on wit and speed to close the match.

Finally, players have the one-time option to use their Super Special Move, which can greatly take down an opponent’s HP. But be warned, it has a slight charge-up time, which can leave you open for attack!

The newest addition to the Samurai Shodown series is our new Dojo Mode. Here, players can fight against their very own Ghost, which is the culmination of player’s very own input data collected during offline modes. This serves as an excellent way for players new and old to discover their faults before their opponent does.

Additionally, other player Ghosts can be downloaded and fought against, which gives players the opportunity to fight against professional players right from home!

What Samurai Shodown wouldn’t be complete without the big G. I’m talking about Genjuro, of course, who made his first appearance in Samurai Shodown II. For many that may know already, Genjuro is a hired assassin who really knows how to get the job done. In fact, he loves killing so much that he’ll gladly cut down anyone that stands in his way. The only person able to put up a fight against him is his rival Haohmaru. 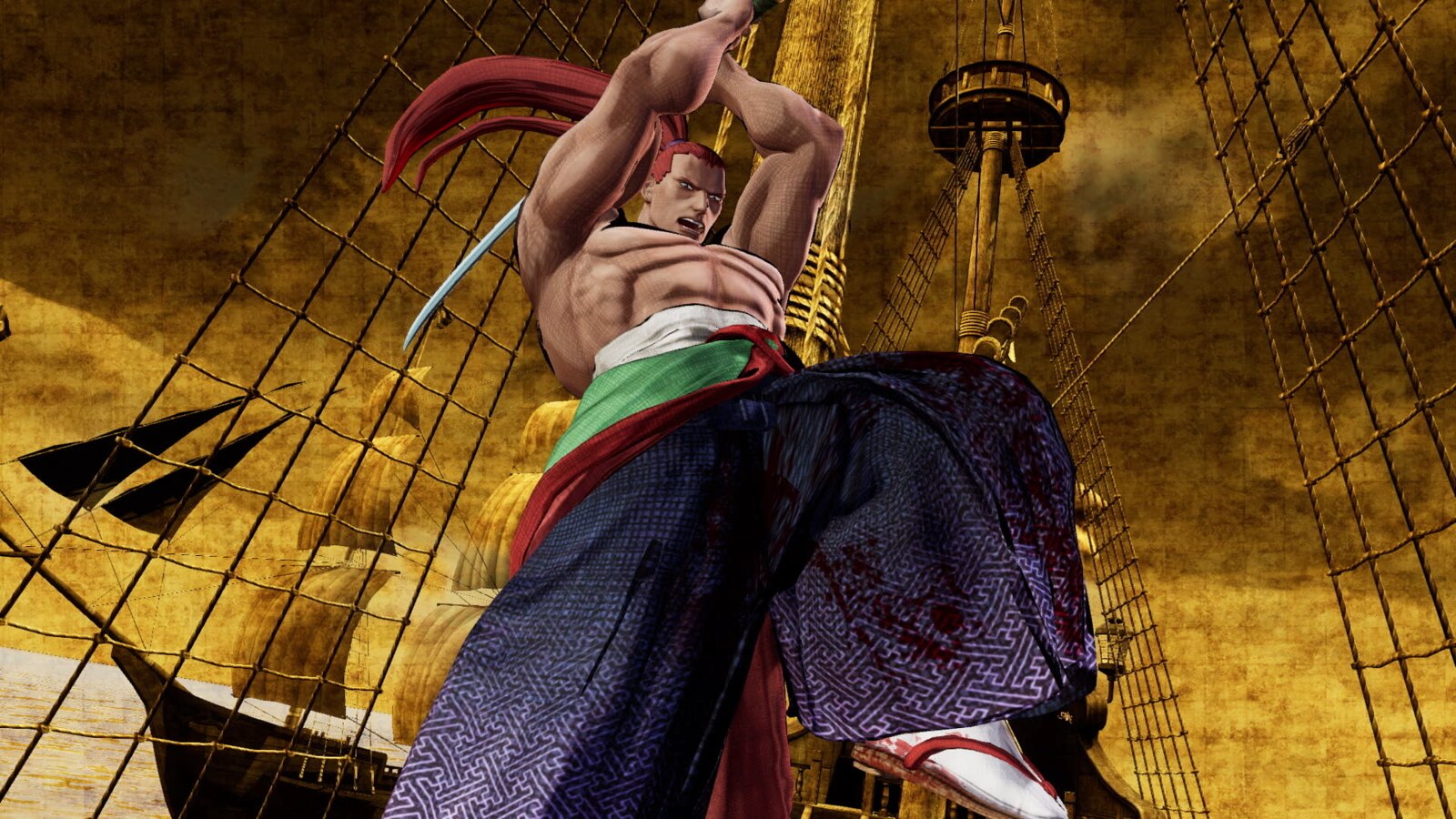 Haohmaru and Genjuro go way back to when they were kids being trained by the same sensei. Genjuro, unable to control his lust for killing, abandoned the dojo he trained at in order to live out a life of drugs, sex, and violence. Upon leaving, he threatened Haohmaru that if they ever cross paths again, Genjuro wouldn’t think twice before cutting him down. Will he succeed in killing Haohmaru and living his life as a lawless murderer, or will his past deeds catch up and force him to die by the sword? Only you can decide that outcome.

Samurai Shodown is a series beloved by many across the world. Much effort was put into this new title to give players the ultimate samurai experience, which is living on the edge of a blade. Only those willing to Embrace Death and learn from their mistakes will be able to succeed, and I hope I can be there crossing swords with you all on day one. 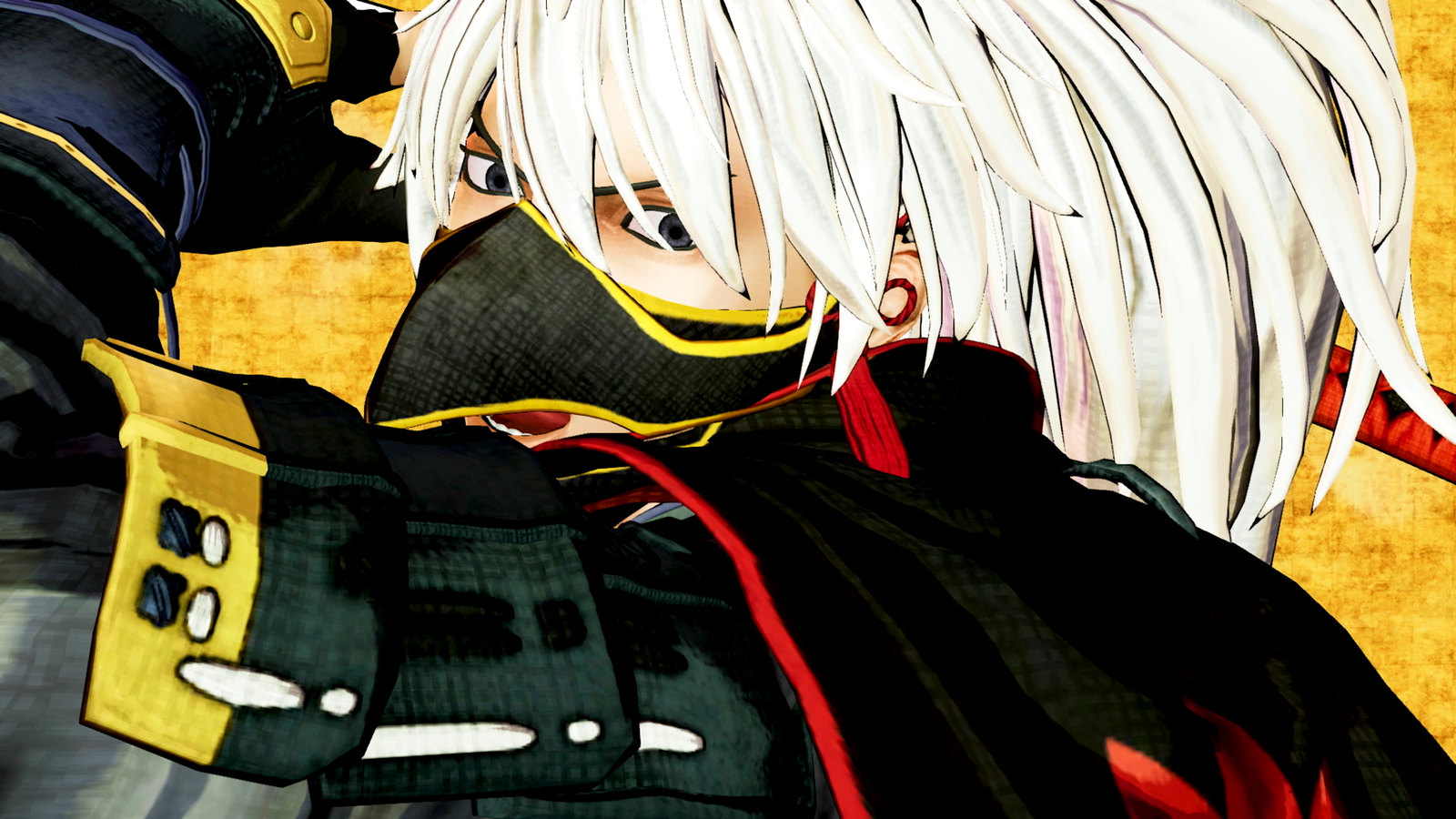 Before we say goodbye, I have a special message from our partners at Athlon Games:

Samurai Shodown’s Season Pass will provide players with extra value, encompassing the first six months of DLC including four new playable characters. What’s more, the Season Pass will be available absolutely free through PlayStation Store until June 30 as a thank you to early adopters. Some regional restrictions apply.