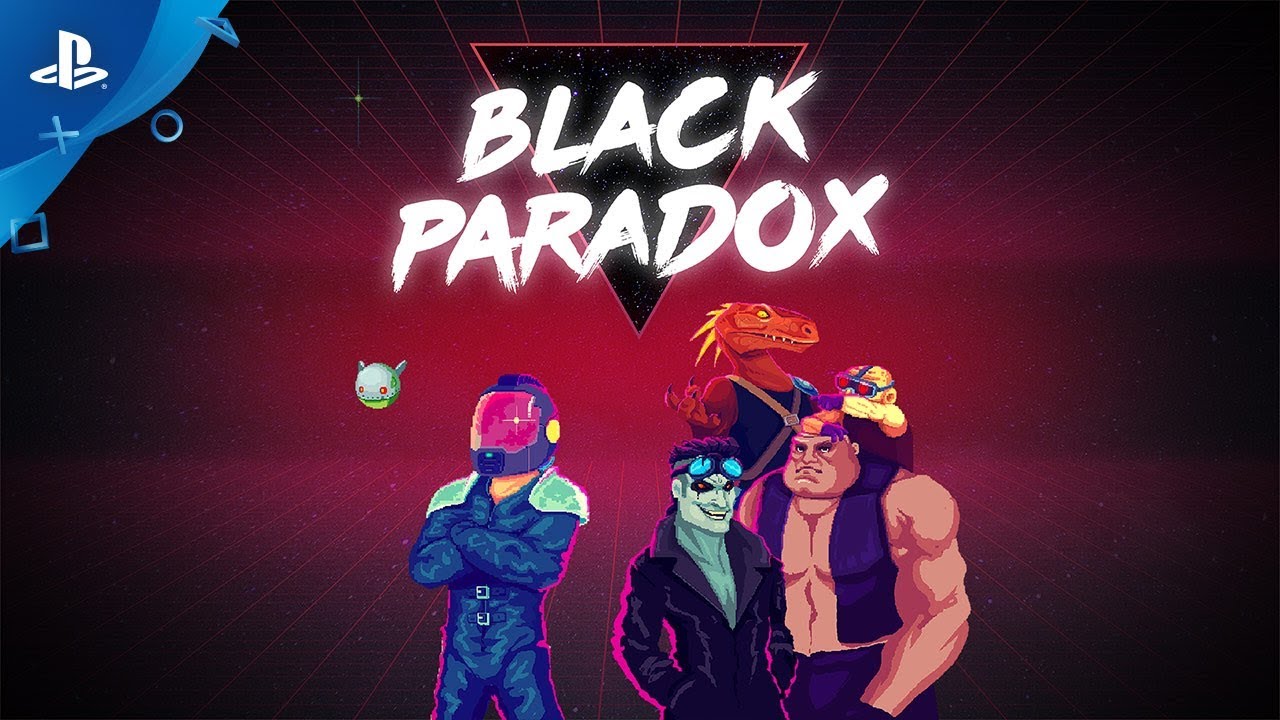 There sure are a lot of villains in space. And it’s up to Black Paradox, the space-car driving badass bounty hunter, to bring them to justice i.e. shoot them until they explode. So, buckle up space cadets, crank up the synth-wave, and blast-off into a neon-tinged, retro-stylish universe, where roguelite side-scrolling shmup adventure awaits! But before you do that, these five totally rad Black Paradox facts will help you become the boss of the cosmos…

1. You can equip the Star Phoenix with up to six power-ups

The first rule of intergalactic crime-fighting is looking good when you’re zapping through space. That’s why you get to warp through the quadrants in the Star Phoenix — a rocket-car with wing doors that’s hotter than a solar flare and just as sexy. Just don’t stand too close to the exhaust port.

The base model Star Phoenix is already a head-turner, but the vehicle’s real beauty lies in its ability to be upgraded on-the-fly. After successfully beating a boss, you’re rewarded with a choice of two power-ups. These come in the shape of stat buffs, drone assistance, or other (usually beneficial) gameplay effects. Over the course of a single run, the Star Phoenix can be equipped with a total of six power-ups.

In addition to the 37 different power-ups and 13 drone types to try out, there are eight super-secret power-up combos to discover — this is when two specific power-ups are both equipped on the same run and consequently creates a new effect. To get you started, here’s one of the eight: if you’re able to equip the Blade Drone and Barbed Wire power-ups together, it creates the Ripping Drone Combo.

Power-ups are cool, but they only stay with you for a single run. For something more permanent, i.e. something that stays equipped to the Star Phoenix between runs, chips have got you covered. Available from the Garage, which you can visit between runs, chips are bought using credits earned by shooting down enemies. When equipped, a chip provides boosts to two of the Star Phoenix’s stat categories — Health, Attack, Speed, Fire Rate — and gives a special, additional effect.

Initially, only two chip slots are available, but it’s a good idea to earn enough credits to spend on unlocking a further two as quickly as possible, so you can equip a maximum of four chips at once. The more chips you have equipped, the better your chances of success.

When you first start playing, only low-level chips will be available — chips go from level 1 (min) to 13 (max). However, the chips made available to purchase are randomly generated based on the average level of the chips you have equipped. So, when presented with a choice of two chips, always try and grab the higher-level option. This is the quickest way to fully pimp the Star Phoenix with high level chips.

3. You can play with 20 different weapons

You begin every run with a basic gun equipped to the Star Phoenix. It’s effective enough as a starter, but you’re going to want to grab something more powerful and/or fun as soon as you can. Weapon crates are dropped by long cargo ships when they’re destroyed, so keep an eye out for them.

The Star Phoenix can be fitted with two weapons, although you can only use them one at a time. If you have two weapons fitted and pick up a new weapon from a crate, the new weapon will replace whichever weapon you were using last.

Be sure to familiarize yourself with all the weapons — there are pros and cons to all of them. My favorite loadout consists of a weapon with a large spread of fire/damage, balanced by one that requires more precision but packs a heftier punch. It’s then simply a case of switching between them as the situation demands.

Handy tip: Some weapons slow you down when they’re being fired. This can be very useful for situations that require precision manoeuvring, such as when you’re faced with a barrage of bullets and need to weave between them.

It’s also worth mentioning that your health is reset to FULL at the start of each stage, so you can afford to be a little reckless during a boss fight, safe in the knowledge that you’ll be fully juiced before heading into the next area (as long as you beat the boss, of course!).

5. Beat the game and you’ll unlock an alternate universe

If you successfully steer the Star Phoenix through all seven quadrants, and defeat each of their respective bosses, then you’ll unlock Darkness Mode — a boss rush mode that takes place in the alternate ‘dark’ dimension that the Black Paradox clone inhabits. As it’s his territory, you play as the ‘dark’ Black Paradox, rather than the ‘light’ version of the hero that features in the main game.

You’ll face off against alternate, more powerful clones of each of the bosses, all of which use a modified and deadlier version of their attacks. And when you use the Black Paradox special attack, the roles are reversed, so it’s the light universe Black Paradox who appears to temporarily lend his firepower.

And, while we’re on the subject of modes, I should also point out that Black Paradox features two-player local co-op, so you and a buddy can team-up and take down the galaxy’s most nefarious villains together.

Black Paradox launches tomorrow and we hope you’ll have fun cleaning up the cosmos one criminal boss at a time.