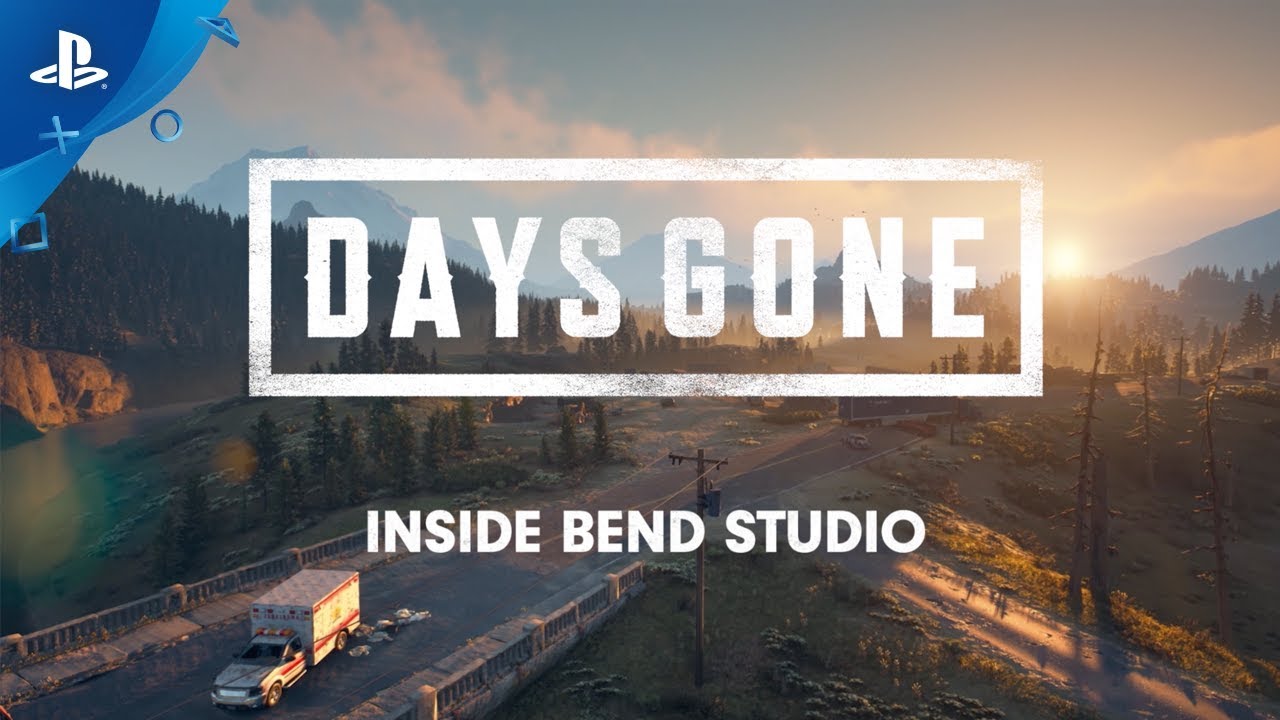 Learn more about the team that has been making PlayStation games for 25 years, with Days Gone being their most significant release yet.

When you decide to make a post-apocalyptic survival action game, you’re choosing to live in that brutal world for years. Developing something so ambitious — that balances challenging, surprise encounters with cannibalistic foes and rewarding exploration — is a little crazy. We sat down with Jeff Ross and John Garvin, Creative Director / Writer and Game Director on Days Gone to get into their headspace on the road to the April 26 launch. What we discovered was a crew of talented, time-tested devs that are absolutely driven by their open-world vision.

Bend, Oregon — Where the Magic Happens

“Initially, we really wanted to make something that was beautiful to look at but dangerous to play in. If you’ve been to Central Oregon, you know what I’m talking about. It’s amazing with the snowcapped mountains and these amazing forests. It’s fun to explore, but you’re always looking over your shoulder.”
– John Garvin
“Living in Central Oregon, it’s a beautiful, diverse landscape, and it’s got all of the elements of a good open-world terrain space. We’re in the high desert, but we’ve got mountains. We’ve got snow. We’ve got forests. We’ve got rocky badlands.

“John and I would be in his office and I would look out the window and say, ‘What if the zombie apocalypse happened, and we were right down there. What would we do?’ I think asking that question — ‘Well, if I was here in this part of town when the apocalypse hit, what would I do?’ — people had some pretty dark ideas about what they would do and how awesome they would be at surviving.”

The Bikers of Bend

“And we thought, ‘Okay, the motorcycle, that hasn’t really been a focus of games in the past.’ And we have a bunch of guys in the studio who ride bikes. So that became our original pitch: ‘Hey, an open-world game with a bike and the undead.’ Except they weren’t the undead, they were Freakers.”

– John Garvin
“The reason we went with a biker is because Deacon St. John sort of epitomizes everything we wanted to explore on the human side of this. So, yeah, he’s a badass and he can use a baseball bat and he knows how to ride a bike. But also the brotherhood and camaraderie that comes with being a member of the MC, that’s something we knew right from the beginning.”
– John Garvin

The Drive to Create Days Gone

“We’re still a relatively small developer, and I think that we realized somewhere, to compete in this generation of games, you need to set a high mark and you gotta go for it. We’re just crazy enough to bite that off and try to chew it.”
– Jeff Ross
“I think people in the studio were always looking at some of the choices we were making about being an open-world action survival game. We really made a lot of counterintuitive choices, things that went against the grain of what we do in conventional action games.”
– Jeff Ross
“I think survival games are really big right now because it goes to a darker fantasy that we all have — not a fantasy where we want our families to be killed and taken from us, but we all watch this media and say, ‘Well, here’s what I would do,’ right? I think the survival genre gives people the chance to answer that once and for all in an interactive world. I think that’s why these games are so enthralling and so captivating to players.”
– Jeff Ross
“I think it would take a Bend Studio to make a game like Days Gone, because we were crazy. We were crazy when we started building this game to think that 50 people could make a game this expansive. And we just went for it anyway. My first notes on the game are from 2013, and at the time it probably was crazy, but here we are, six years later, and this thing’s about to hit the streets.”
– John Garvin

You don’t have to wait long to experience the fruits of Bend Studio’s labor of love — Days Gone hits PS4 on April 26. Keep a watchful eye out for more Days Gone Countdown to Launch insights coming all week.