How Bend Studio Built the Merciless World of Days Gone 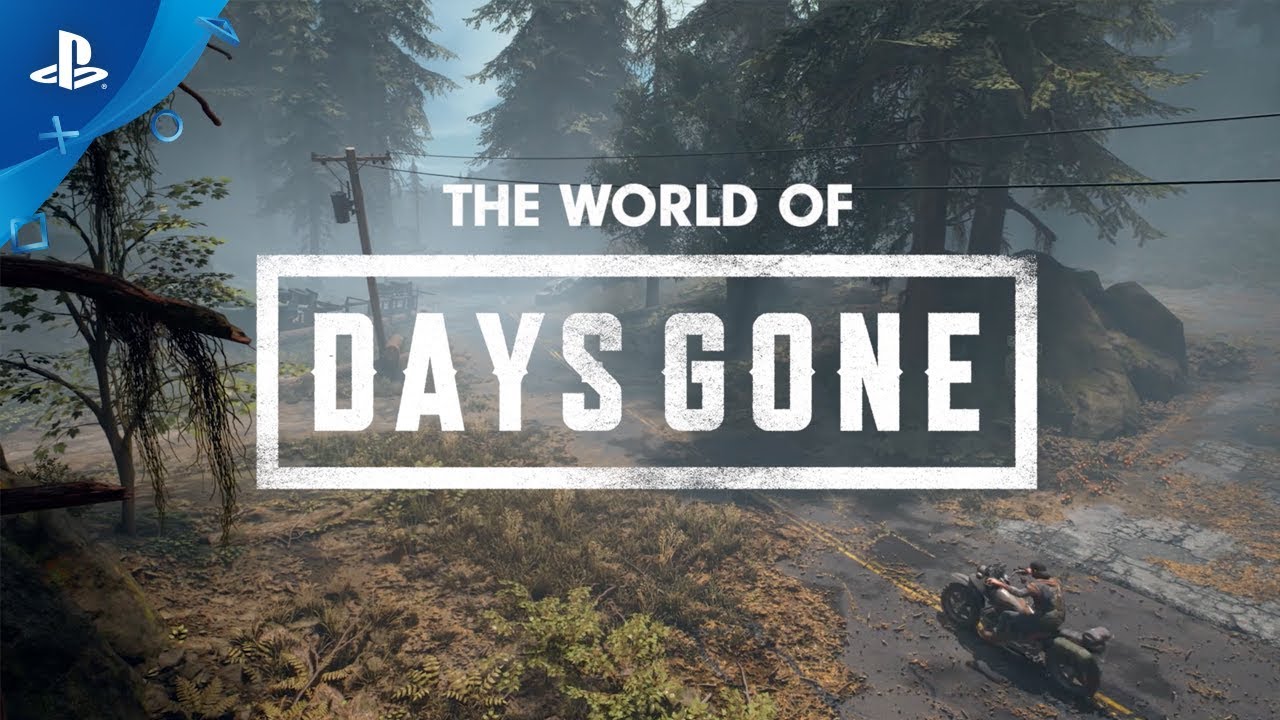 The apocalypse is still a fresh wound in this brutal open world. Learn about the harsh wilderness that awaits.

With the April 26 release date of Days Gone creeping ever-closer, the PlayStation.Blog team took a trip to Bend, Oregon to visit the team behind Worldwide Studios’ next journey.

We spent an afternoon with Jeff Ross and John Garvin, Creative Director / Writer and Game Director on Days Gone, respectively, to learn more about the brutal, unyielding world they’ve created. We’ll have a series of video interviews going live over the next few days, but there’s plenty of good stuff we couldn’t fit in the videos! So, as each one goes live we’ll have an accompanying PS Blog post containing a selection of additional quotes and context from our time with John and Jeff. Watch (and read!) each story over the next few days, and you just might make it out of the Farewell Wilderness alive.

Today, we’re looking at the world of Days Gone — how they built it, what makes it tick, and how you can increase your chances of surviving it.

Remnants of a Crumbled Society

“One of the things that we decided very early on is that we’re only two years in. We hadn’t seen anything that was still this close to when things sort of blew up. So you don’t have massive forests that have overgrown everything, for example, and everything is completely falling apart. Everything’s still kind of intact. Nothing is overgrown, and yet, everything’s in disarray.”
– John Garvin
“If you ride into Marion Forks, which is a small town, you’ll see that, oh, everything’s been looted. There’s trash everywhere, but the buildings are kinda mostly still intact, and that was a vibe that we really wanted to explore, because, again, we hadn’t seen that in video games.”
– John Garvin
“NERO is the National Emergency Response Organization. It’s a fictional federal agency in Days Gone that, as the world was ending, was sort of responsible for trying to keep the pandemic from spreading. You’ll find NERO technology — injectors that allow the player to upgrade either their health, their stamina, or their combat focus.”
– John Garvin

A Test of Your Post-Apocalyptic Survival Skills

“Days Gone started with us asking questions about what we would do in the apocalypse; what choices we would make to survive. Would we be ruthless enough? Would we have the skills and the instincts to do it?

– Jeff Ross
“We wanted to tell a positive story so it’s not all doom and despair. For example, clearing out infestation zones is one of the big things you can do in Days Gone, and there’s a benefit to it.

“You’ll unlock safe travel routes, which make it easier to get around. But it also makes the world safer, because there are fewer Swarmers that will spawn in an area if you’ve cleared their infestation zones. The player can make the world safer by taking on hordes. These things kind of tie together in a way to unify who Deacon is. He’s this guy who’s not just gonna stand by and watch the world burn.”

– John Garvin
“The most important thing to remember if you want to survive in a world that’s trying to kill you is you have to be prepared. Don’t let your gas tank get low. Make sure you know where your next fill-up is coming from. Make sure you’ve got pre-crafted Molotovs or other explodables on you. Make sure you’ve filled up with as much ammo as you can possibly come.

“I think a phrase Jeff Ross came up with a long time ago was “Prepare, go forth, and return.” It’s about knowing that, hey, I’m not just gonna wing this, I’m not gonna set foot outside my safe house or outside this encampment and just hope things work out. You’ve got to be ready.”

“We knew we wanted to build an open world that was alive. That meant it had to have weather, obviously, and it had to have a day and night cycle. Then we decided that we wanted to make sure there were important gameplay differences at night versus during the day. Generally, what that means is Freakers are stronger at night… but they’re worth more experience, so there’s a reason to go hunting at night.”
– John Garvin
“If you go out during the day, you’re going to have to watch out for marauders. They’re gonna try to knock you off your bike, or you’re gonna have to deal with a sniper up in a tree nest. You just don’t know what’s waiting for you.”
– John Garvin
“One of the features we put in recently is the ability to bunk down in your safe house. So, you have a safe house that you start the game with, but you have to earn the rest. If you don’t like playing at night, you can just bunk down and wait until morning to go out — or the opposite. It’s about your play style and what you want to do while you’re in the world.”
– John Garvin

Know Your Threats, Then Burn Them

“Freakers are pretty much feral animals. They have some instincts, so they do wind up — they need to eat; they need to sleep. They wind up in a lot of human structures. So there’s no real life there, but there’s something that makes them tick. And they’re animalistic because they do understand danger. So while they’re pretty mindless, there’s still some root level intelligence there, some animalistic intelligence.”
– Jeff Ross
“Fire is an important element for fighting anything, really. But from a game mechanics point of view, fire is one of those really cool things when you’re building a sandbox because it’s got properties that we all have expectations for. And it actually does lead to a lot of really cool emergent moments. Fire is one of those things that’s just relatable — we all understand how it works. And it’s really cool to see how the game’s systems pay off on a player’s expectations.”
– Jeff Ross

Deacon is Tough, But Still Human

“Deacon’s not very athletic, which, again, I think is what sort of differentiates him from other heroes of video games. He’s not sprinting up walls and he’s not sliding down ladders really fast. He’s not a superhero and he gets tired. On the other hand, he can ride a bike. So, the guy has got a bike, he’s really good at it, and as a player, you can help him get better at it.”
– John Garvin

Hopefully now you feel a little more prepared to ride into the harsh world of Days Gone. You’re going to need all the advantages you can get in the brutal post-apocalyptic world. Get more developer insights and gameplay tips as the Days Gone Countdown to Launch continues through the game’s release on April 26.