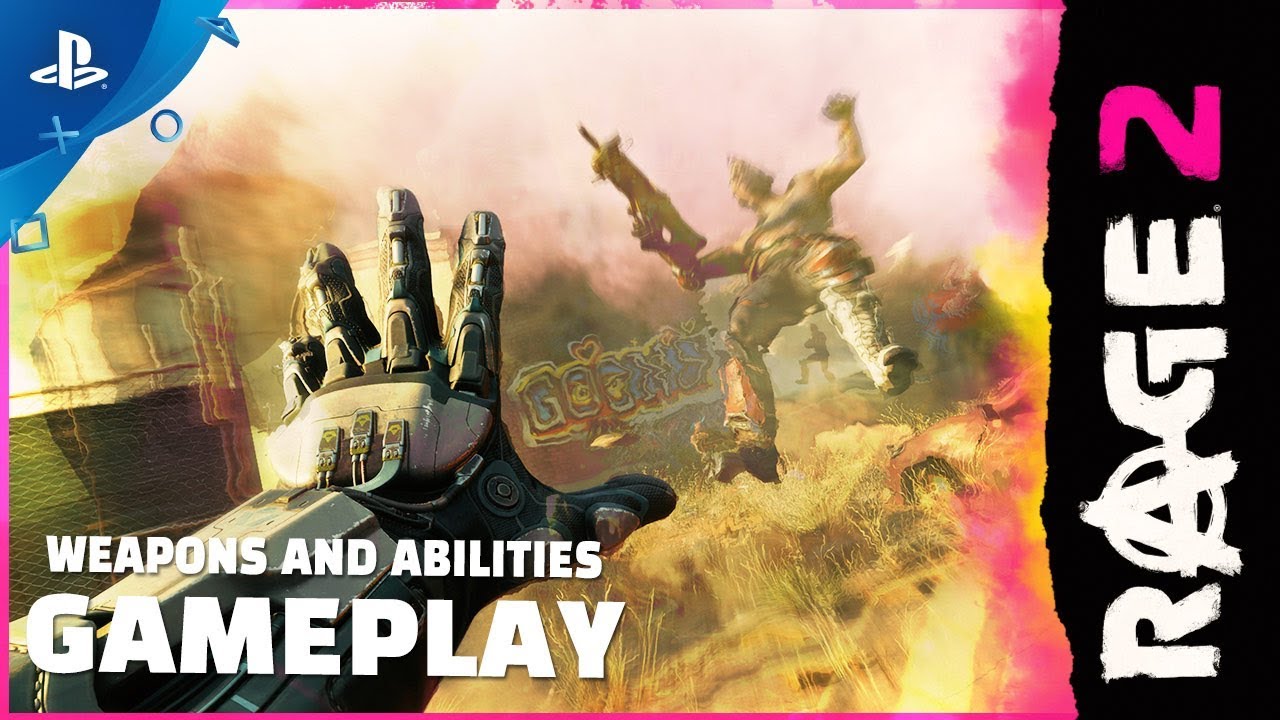 Win the Wasteland by flinging, slamming, and splattering your foes with inventive weapon and ability combinations.

Think of all your weapons and superpowers in Rage 2 as ingredients in a zesty recipe. You’ve assembled all the fixings you need for a kickass cake (or pie, if you’re a pie person), and now it’s time to blend them together into some beautiful and devastating combos. These little combo cakes (or pies) will be your key to mastering combat and becoming a wasteland superhero when Rage 2 launches on PS4 on May 14.

First, feast your eyes on the carnage that your outlandish weapons and abilities can cause in Rage 2 in the new trailer above, then dig deeper into the gameplay details to discover how to pull off these stunts yourself.

Between all of the weapons, abilities, equipment, and upgrades, the list of potential lethal combos is huge and bloody. The combat team at Avalanche Studios offered up some of their favorites for beginners:

Once you’re familiar with the basics, the Avalanche team suggests trying this advanced, gravity-defying combo:

Stringing together combos is the easiest way to fill your Overdrive meter and turn the tide of battle. Not only does Overdrive push all your weapons beyond their physical limits, it also restores your health, making it a crucial part of maintaining control in a fight. Master your weapons and abilities, get creative with combos, and become a wasteland superhero on May 14.

Become a lethal, post-apocalyptic explorer with a host of devastating weapons and unreal abilities.