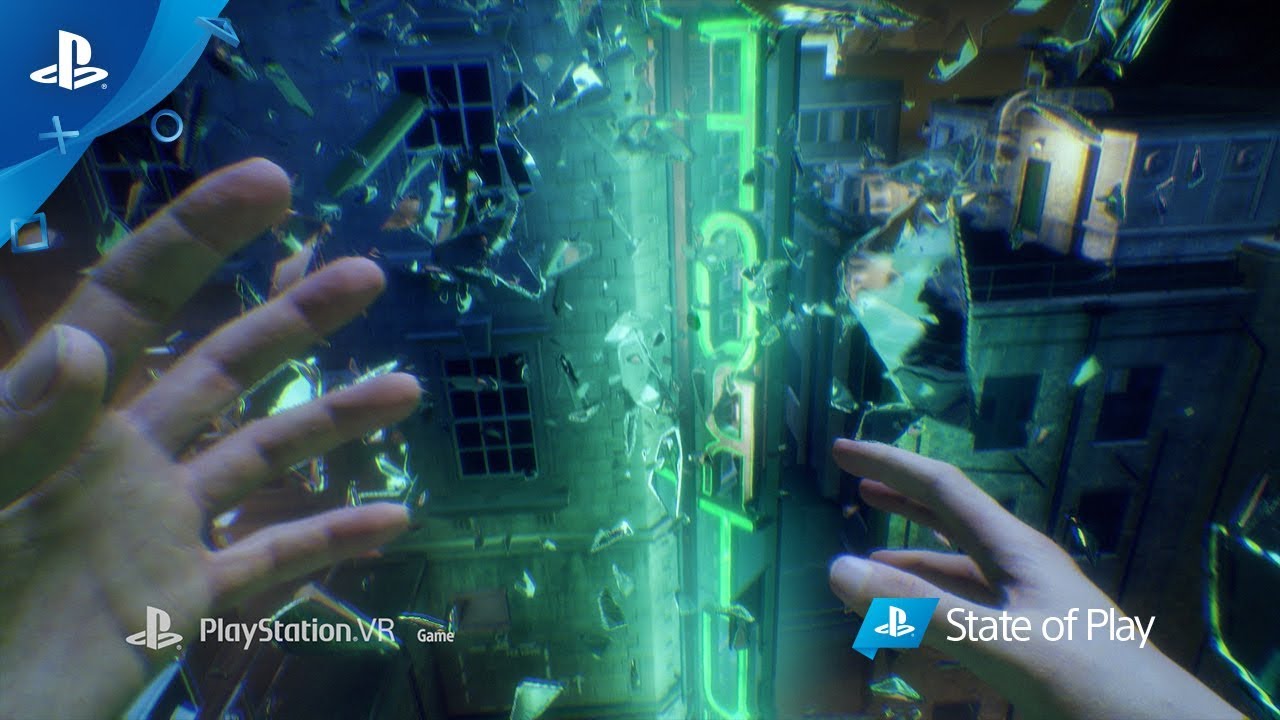 Find out how London Studio built on its experience with London Heist to deliver the ultimate immersive action experience.

Today, we are thrilled to announce that our upcoming PlayStation VR exclusive, Blood & Truth, launches on 28th May 2019.

It’s an all-action first-person shooter that plays out amidst the grit and glamour of London’s criminal underworld, featuring outrageous set pieces, non-stop action and cutting-edge tech that gets the very best out of your PS VR headset.

The Origins of Blood & Truth

We were one of the first teams at SIE Worldwide Studios to get our hands on PlayStation VR and we were proud to deliver one of its standout launch titles. As you may remember, PlayStation VR Worlds was a collection of diverse, distinct experiences, ranging from deep-sea exploration in Ocean’s Descent, to an abstract future sport in Dangerball.

But listening to community feedback, it was clear that the London Heist experience was the overwhelming fan favourite. People absolutely loved being the star of their own gangster movie – from the moment Mickie sat down in front of you and snarled “What you lookin’ at?” you were totally immersed in London’s criminal underworld.

PS VR gave us the opportunity to explore something that traditional video games had struggled to do. You weren’t just watching the action unfold, you were being thrust into the very heart of it – and that felt like a thrilling paradigm shift for both creators and players alike.

So with our next project, we were determined to not just replicate this laser focus on immersion and interactivity, but to push it to the next level. And what better playground to flex our muscles in than with a return to London’s criminal underbelly?

Our goal with Blood & Truth was to take what we learned on London Heist and use that experience to create the ultimate PS VR blockbuster – one where the player could truly live out their wildest action hero fantasies in a full-length first-person shooter.

Blood & Truth pushes you through a rollercoaster ride of a story line, set against iconic London locations. You’ll be dual-wielding automatic pistols while leaping from exploding buildings, exchanging gunfire from the back of an armoured vehicle, battling through hordes of enemies on daring rescue missions, and chasing down targets through the grimy back-streets of London.

To ensure we nailed that all-action summer blockbuster feel, we worked with Hollywood producer/director Rick Porras (whose credits include Lord of the Rings, Contact and Forrest Gump) on our mo-cap shoots, alongside a great cast of actors including Colin Salmon (Mortal Engines, London Has Fallen, Resident Evil).

Be at the Center of the Action

We’ve also taken the level of interactivity and action beyond anything we’ve done before. Whereas in the London Heist your character fired from a fixed position, in Blood & Truth, you can move between cover to get a better angle on enemies, and interact with your environment to discover new weapons, ammo, intel or collectables.

We’ve also implemented an on-body inventory giving you easy access to your guns, ammo and tools. This means you can glance down to your hips to see a pair of revolvers, then look to your shoulders to see a combat shotgun and an assault rifle. Changing weapons is as simple and intuitive as reaching to the holster and grabbing it.

And we’re particularly proud of the work our audio team has done on Blood & Truth. We wanted a distinctive style to our music, reflecting both the action movie genre we’re inspired by, and the contemporary sound of London. We’ve worked with both talented grime artists and a full 90-piece orchestra and the results are spectacular – look out for more on the game’s music soon.

Mark your calendar for 28th May and prepare to be the ultimate action hero – Blood & Truth is coming. Pre-order today from the PlayStation Store and you’ll get the following extras:

Stay tuned to PlayStation.Blog for more news soon in the run up to launch!

Days Gone: Inside the New Story Trailer
How Past Meets Present in Mortal Kombat 11
blood and truthlondon studioplaystation gamesps vrps4

Blast your way through the London underworld in a spectacular PS VR action thriller.