Inside The Classic RPG and Literary Influences of YIIK, Out Tomorrow 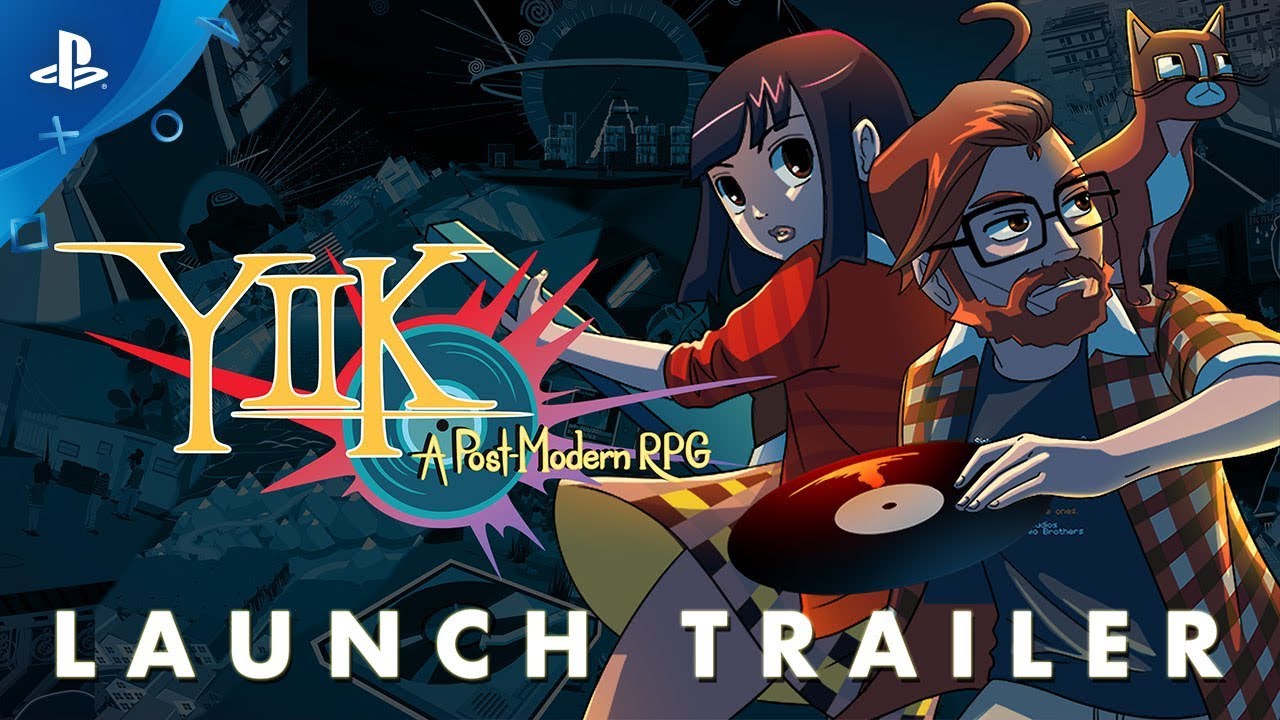 The brothers behind this mind-melting JRPG tribute talk about what's changed since the game's 2014 reveal.

Hey everyone! We are Andrew and Brian Allanson, creators of YIIK: A Postmodern RPG, which releases tomorrow at PS Store. It’s been a long journey developing YIIK and we’d like to tell you a little about our journey and the influences behind the game.

YIIK is a Japanese-style RPG that follows the journey of Alex, who witnesses a woman vanish from an elevator in the late ’90s. Alex summons a band of misfits from the Internet to search for the woman and the truth behind her disappearance, which leads them towards a surreal new millennium filled with brain-bending dungeons and turn-based combat driven by minigames.

For many of you, you first heard about the game on December 6, 2014. It was a very important date for us: It was the first PlayStation Experience, our first time traveling on a plane, and the first time showing off the game, simply known as Y2K at the time, with just two months of work put into it. Now, just over four years later, the game is finally complete. This feels like both a lifetime, and no time at all. So many things have changed in the four years it took to develop the game. We’ve both moved around a lot, left the US for the first time to travel to Asia and Europe to show off the game, Andrew got married, and our mother lost her battle with pancreatic cancer.

The one constant during this turbulent time of life-changing events was our relentless commitment to create a full-fledged Japanese-style RPG — a modern game that looks to create something fresh, while honoring the rich history of PSone and PS2-era RPGs, such as Wild Arms (our main gameplay influence), Shadow Hearts, and Persona 4. This sole focus kept us grounded even as these changes in our lives made us feel like the fabric of reality was ripping apart.

We began the development with some clear goals: create an RPG set in late 90s New Jersey (as RPGs rarely are set in modern times), strike a healthy balance between humor and a compelling plot, as well as make a world with depth. We looked outside of games for inspiration, particularly to author Haruki Murakami. He is an incredible writer, our favorite living author, and someone who makes you feel as if he’s writing your dreams. We made sure everyone on the team read his entire collective works before we began development.

The novels The Wind Up Bird Chronicle and 1Q84 were our biggest direct inspirations, taking cues from Murakami’s frequent themes of missing people, sprawling conspiracies, and magical realism. The themes and tone fit perfectly with what we wanted to achieve, and analyzing his works gave us interesting insights on how to accomplish it. We used the writing techniques of postmodern authors and paid homage to these techniques in the name of the game.

As for gameplay, we looked to some RPGs that modern gamers seem to have forgotten; Lufia 2 and Wild Arms for their compelling use of tools inside dungeons mixed up with turn-based battle modes, and the PS2 game Shadow Hearts for its inventive Judgement Ring battle system.

The YIIK battle mode features eight playable characters. Each party member has a unique mini-game for their primary attack and additional mini-games for their skills and spells. The more skilled the player is at the mini-game, the more opportunity to deal damage and dodge oncoming enemy attacks! We use these mini-games as a way to keep players engaged and immersed when fighting enemies. However, our mini-games made the battles longer than your average turn-based RPG, so we tweaked the game to have less frequent battles, and we prevented enemies from respawning after they’ve been defeated.

Ultimately, we reckon we’ve delivered a surreal dream wrapped around a JRPG with charming characters, catchy tunes, and outlandish visuals. We hope you consider checking out YIIK: A Postmodern RPG on PS4. It’s been a long time coming for those of you who’ve been waiting, and we believe it’s worth the wait.