Who's hungry? Fight for that chicken dinner when PUBG hits PS4 next Friday

The game that helped spark the battle royale phenomenon comes to PlayStation 4 this week. Drop into the world of PlayerUnknown’s Battlegrounds and dig in for a tense, no-holds-barred survival experience.

Developed by PUBG Corporation, this trend-setting multiplayer title pits players against one another in a massive, last-person-standing excursion. Loot the sprawling map for weapons and supplies, all while watching your back for any enemies gunning for you and your gear. Team up with friends in squads of four to increase your odds of survival with cooperative tactics. Survive long enough to be the last one standing and that delicious chicken dinner can be yours.

Trapped in the enchanting simulated world of Arca, it is up to you to find a path through the labyrinth and break free. With intuitive hands-free gameplay, Arca’s Path is an atmospheric VR gaming experience.
Astrology and Horoscope Premium
PS4 — Digital (Out 12/6)

2019 Astrology and Horoscopes Premium is the most luxury astrology, horoscope and numerology application. Learn your love horoscope in style. Get detailed daily predictions of tomorrow and yesterday based on biorhythms.
Atelier Meruru ~The Apprentice of Arland~ DX
PS4 — Digital (Out 12/5)

Third release in the Arland series. Princess of the small frontier country of Arls, Meruru plans to use alchemy to stimulate the growth of her small country. Use Synthesis, Explore, and Battle to increase the population within the time limit and boost the advancement of the kingdom.
Atelier Rorona ~The Alchemist of Arland~ DX
PS4 — Digital

First release in the Arland series. The main character Rorona must save her Atelier from being closed by the Kingdom. Using Synthesis, Exploration, and Battle, gain recognition for the Atelier and save it from being closed.
Atelier Totori ~The Adventurer of Arland~ DX
PS4 — Digital

The second release in the Arland series. In a search for her missing mother, Totori tours the world of Arland as an adventurer accompanied by her friends. Use Synthesis, Explore, and Battle to fulfil requests, raise her rank as an adventurer and venture into brand new lands.
Battle Princess Madelyn
PS4 — Digital

Battle Princess Madelyn is a game that follows the journey of a young knight in training, Madelyn, and her ghostly pet dog, Fritzy. They set out on a journey to save her kingdom and her family from the clutches of an evil wizard.
Betty Bat’s Treasure Hunt
PS4 — Digital

Play as Betty Bat as she travels the world collecting gems. Tired of living in caves, the bats of the world have gathered up enough gems to buy a castle. You must reach your fellow bats and gather their gems before the birds have a chance to steal them!
Emerald Shores
PS Vita — Digital (Cross-Buy)

Energy Cycle Edge is the sequel to the puzzle game Energy Cycle. The main idea is the same, but in Energy Cycle Edge, most part of puzzles are 3D, so you’ll need to monitor the colors within several linked layers, adding a new facet to the familiar gameplay.
Escape Game: Aloha
PS4 — Digital

You are in a beautiful villa overlooking the sea in Hawaii. Find and combine items, solve puzzles, then escape! After the ending, you can play hide-and-seek with animals! Can you find them all?
Gnomes Garden: New Home
PS4 — Digital

Gnomes Garden: New home — a continuation of the exciting fantasy strategy game about the world of gnomes. Obtain the Crystal of Eternal Light and return prosperity!
Guns’n’Stories: Bulletproof VR
PS VR — Digital (Out 12/7)

Guns’n’Stories: Bulletproof is a dynamic and fun VR-western shooter that fully immerses players into weird Wild West. Visit beautiful locations with Oldman Bill and try many weapons under the rhythm of the dynamic music, jokes, and cynical humor!
Hello Neighbor: Hide and Seek
PS4 — Digital, Retail (Out 12/7)

Hello Neighbor: Hide and Seek follows the tragic story of the Neighbor’s family in this dramatic prequel to Hello Neighbor. The game explains events that lead up to the original Stealth Horror hit Hello Neighbor.
Jagged Alliance: Rage!
PS4 — Digital, Retail (Out 12/6)

Set 20 years after the first Jagged Alliance, this spin-off lets you experience a road trip into a jungle hell to test your mind and body to the limits!
Just Cause 4
PS4 — Digital, Retail

Just Cause 4 sees rogue agent Rico Rodriguez land in Solís to hunt down the truth about his past, at any cost. Strap into your wingsuit, equip your fully customizable grappling hook, and get ready to bring the thunder!
The Last Remnant
PS4 — Digital (Out 12/6)

Last released in 2008, The Last Remnant captured the hearts and minds of gamers with its enthralling story, countless characters and intricate battle system. Now this classic RPG is back with a Remastered version and is coming to PS4 with even more beautiful graphics, enhanced via an updated game engine.
Life of Pixel
PS4, PS Vita — Digital (Cross-Buy)

Join Pixel as he quests through gaming history, teleporting across the most iconic video game systems of generations past. He’ll have to jump, dodge and play smart if he wants to survive all the traps, puzzles and enemies waiting to take him down at every turn.
Monica e a Guarda dos Coelhos
PS4 — Digital

Monica e a Guarda dos Coelhos is a couch co-op game for one to four players, with a focus on teamwork and cooperation. Featuring the ability to play as a group with (many) heroes from the Brazilian IP Monica and Friends, everyone has a different role to help defend the castles against the smudge horde!
Monster Boy and the Cursed Kingdom
PS4 — Digital, Retail

No gears, no glory! Control gigantic robots and duke it out across fantastic cityscapes in this 3D mech-based brawler! Epic and explosive battles await with distinctive mechs in local and online versus mode, party co-op with two to four players, and a single-player campaign.
Persona 3: Dancing In Moonlight
PS4 (with VR mode), PS Vita — Digital, Retail

Face-to-face with an enigmatic Velvet Room resident, the SEES are forced to perform at a mysterious dance party. Test your rhythm based gameplay skills and dominate the dance floor!
Persona 5: Dancing In Starlight
PS4 (with VR mode), PS Vita — Digital, Retail

Face-to-face with enigmatic Velvet Room residents, the Phantom Thieves are forced to perform at a mysterious dance party. Test your rhythm based gameplay skills and steal some hearts on the dance floor!
Persona Dancing: Endless Night Bundle
PS4 (with VR mode) — Digital, Retail

Classic Draw & Guess party fun with a unique VR twist. Gather your friends or family, draw with your head in VR instead of your hands and have them look at the TV to guess what you are trying to draw!
PlayerUnknown’s Battlegrounds
PS4 — Digital, Retail (Out 12/7)

Prison Boss VR is a crafting and trading game that turnsturning your VR space into a jail cell! Customize your cell as your reputation grows,! eEarn cash until you can’t store it anymore, and become the Prison Boss!
Subnautica
PS4 — Digital, Retail

Subnautica is an underwater adventure game set on an alien ocean planet. A massive, open world full of wonder and peril awaits you!
Thronebreaker: The Witcher Tales
PS4 — Digital

Thronebreaker is a single player role-playing game set in the world of The Witcher that combines narrative-driven exploration with unique puzzles and card battle mechanics.

The 1975 – A Brief Inquiry Into Online Relationships 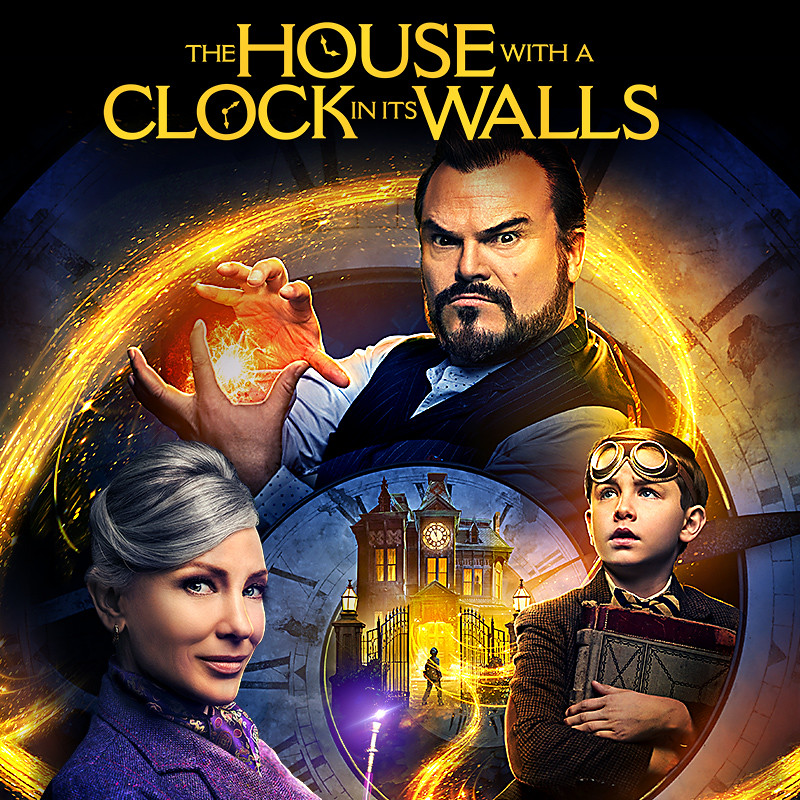 The House With a Clock In Its Walls

Celebrate the season with holiday classics on AMC