22 Things You Need to Know About Red Dead Redemption 2 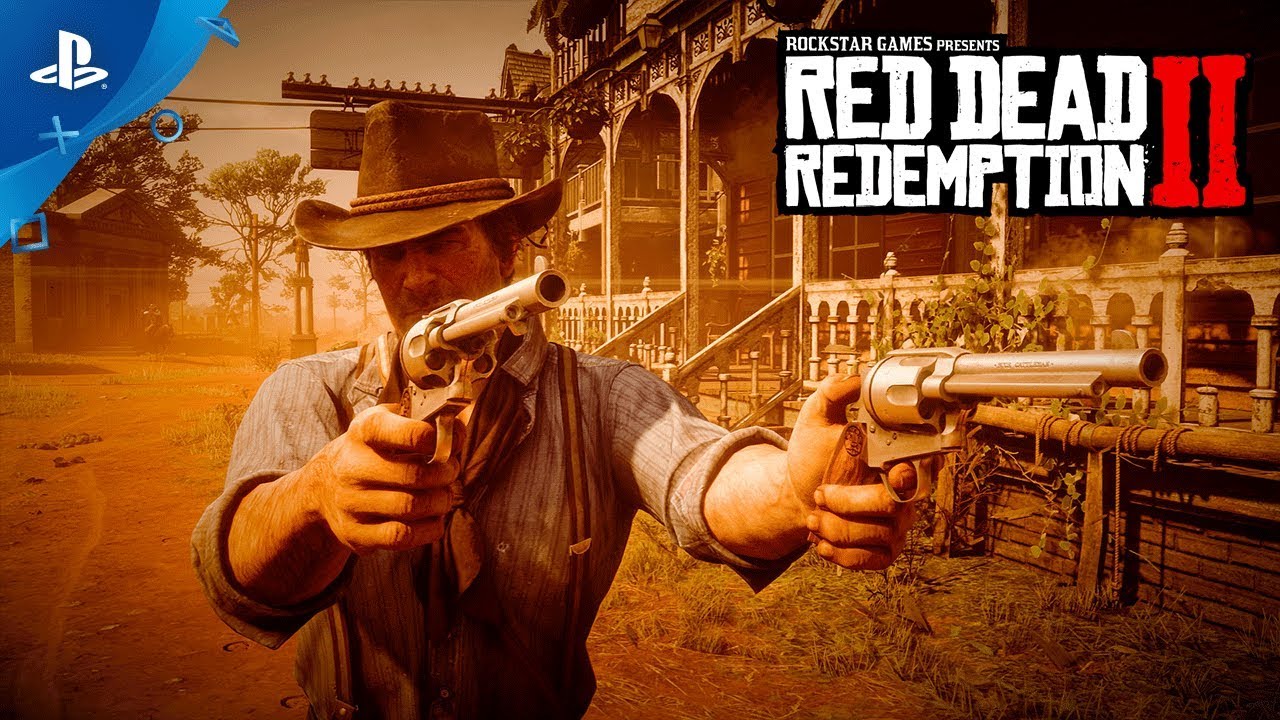 We're less than one month away from Rockstar's open-world outlaw epic. Here's what we noticed when we played it.

I recently played RDR2, and it’s shaping up to be a smooth, polished, and ambitious epic that capably builds on the strengths of the original game, while adding deep layers of conversation, combat, and exploration.

To celebrate the release of the latest gameplay trailer, here are the details that you need to know about the next iteration of Rockstar’s open-world epic.

A robbery gone wrong puts the story in motion.

You play as Arthur Morgan, member of the infamous Van der Linde outlaw gang. Following a bloody robbery in the Western town of Blackwater that left a trail of dead, the gang is chased by the law East into the Grizzly Mountains. The game picks up as the gang is fighting to survive against the elements of a brutally cold winter.

The Van Der Linde gang is a rowdy bunch, but they’re like family.

Lead by the philosopher-outlaw Dutch van der Linde, this gang of hellraisers is 23 members strong. Doing your part for the gang will raise morale and change the way gang members respond to you. Talk to fellow members for leads on new money-making activities for the gang, or roll up your sleeves and chop some wood or head out to hunt wild game. Or, just pour yourself a cup of joe and listen to some stories. Cough up some of your hard-earned cash for the camp’s donation box to fund future camp upgrades, like fast travel.

This is hardly a surprise, considering Rockstar’s production pedigree. But running on PS4 Pro, Red Dead Redemption 2 shows that Rockstar has mastered the PS4 hardware. After all, it’s the studio’s first title natively designed for this generation. The HDR and volumetric lighting bring the game’s sweeping exteriors to life. And the boosted resolution highlights subtle details, from the rough bark on trees to grass shoots peeking out of the snow.

There are multiple camera settings.

In addition to the standard third-person camera, you can pull the camera back to see more of your horse’s fancy footwork, or activate a first-person camera view ala Grand Theft Auto V.

Activate Cinematic camera angles that toggle between dramatic close-range and panoramic shots as you ride the open plains. Hold down X as you ride in this view, and your horse will keep to the track, allowing you to take in some stunning views on epic rides.

New cinematic techniques are also used for seamless transitions between cutscenes and gameplay.

You can customize the in-game HUD.

Press down on the d-pad to toggle between several different HUD options: off, a minimized version, and the default setting. On the radar, you can easily identify story beats by the yellow icons, while emergent “ambient” events are marked in white.

A new version of the original’s weapon wheel is available by pressing and holding L1 – but tap R1 and you’ll now have access to helpful support items, including healing potions, binoculars, and the bandana. Weapons include a knife, revolver, repeater, lever-action rifle, and a classic bow and arrow. You can also earn the ability to dual-wield as you move through the story.

Fire a warning shot to get attention.

Sometimes you won’t want or need to cause unnecessary trouble. While aiming, tap up on the d-pad to fire a warning shot. Handy for intimidating a witness, or causing a carriage to stop so you can climb aboard or simply chat with the driver.

Everything you carry is independently rendered.

This is a subtle detail, but you can’t unsee it. Arthur’s bag, coat, hat, and weaponry all jostle realistically as he moves. The impressive animation carries over to your horse’s reins, saddle, bags and more.

There’s more to interacting with this world than just drawing a weapon. When approaching another person, you can hold L2 to pull up a menu of interactions. A greeting can trigger pleasant exchanges, awkward replies… or could provoke a brawl if your counterpart enjoys his privacy. Engaging with townspeople or fellow travelers adds color and unpredictability to the game. You never know what reaction you’ll get.

Not every shopkeeper is running an honest business. Some stores have an illicit business on the side – if you can find it, you can hold up the owner for access to their less-than-lawful enterprise.

You can behave honorably or dishonorably.

Arthur Morgan is whoever you want him to be: a good-natured outlaw, a cold-hearted killer, or something in-between. If you want to show off your rebellious side, get ready for witnesses to report your crimes to the local lawmen.

You can cook and craft by the campfire.

Ready for a hearty meal of Gritty Fish, or a healing potion? Or perhaps something a bit more substantial, like special rounds for your revolver or shells for your shotgun? You can craft a wide array of supplies at campfires using ingredients you find or purchase during your travels.

The wildlife is diverse and unpredictable.

Red Dead Redemption 2 is seething with life, from snakes and swallowtails to deer, skunk, bear, and Lord knows what else. And the creatures engage with each other: during our demo, a hawk soared down to pluck a snake from a nearby bush. It was a dynamic event triggered by the game’s AI, not some scripted sequence.

Your horse is your partner, but you’ll need to earn its trust.

Horses aren’t treated as expendable vehicles here, but as living, breathing creatures with individual temperaments. They provide more than transport: they can carry animal skins and carcasses, as well as extra weapons and gear. To build trust with a new horse, you’ll want to tread lightly — patting it until it’s comfortable in your presence. Horses can be unpredictable based on the situation, too. A nearby snake might give your ride a case of the jitters!

Town gun shops sell a variety of weapons and gear for the seasoned traveler, from new firepower (revolvers, repeaters, rifles, and shotguns) to performance-boosting accessories like gun belts and bandoliers. The shopping UI is a clever touch: you browse the selection using a vintage shopping catalog.

You can bathe, shave, eat, drink, and more.

Arthur’s clothes will accumulate grit, grime, blood, and mud as you fight your way across the Wild West. When you’re ready to clean him up, just head to the local hotel and pay $0.25 to scrub down in the bathtub. To complete the look, get a haircut and a shave — if you’ve got the cash.

The soundtrack is dynamic.

The rich epic score is being led by returning composer Woody Jackson and a range of guests artists across the game. The game’s soundtrack features approximately 190 individual music pieces, and in the open world, the dynamic score subtly changes based on your actions.

Every studio associated with Rockstar Games is pitching in to help create the massive world of Red Dead Redemption 2, which Rockstar sees as a continuation and extension of the vision first laid out in Grand Theft Auto 3 all those years ago.

Pick up your hat with the Square button.

A fun detail here that’ll come in handy sooner than you think.

Twirl your guns for extra style.

Just double tap L1 to draw and holster your guns with a twirl and a flourish.