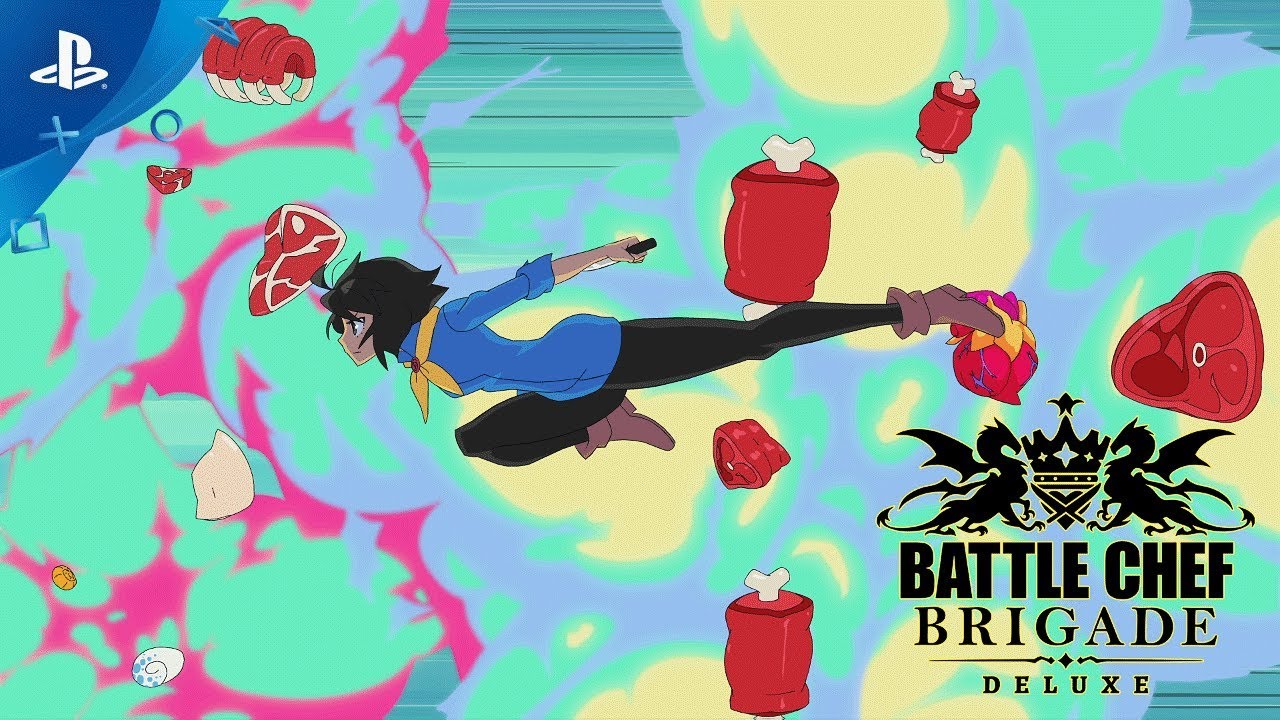 Before we get into the fresh new Deluxe additions, here’s a recap for novice chefs. Battle Chef Brigade combines combo-based hunting with puzzle-based cooking in a hand-drawn, fantasy adventure. In the campaign, you play as Mina and Thrash, cooking your way into the Brigade while subduing Victusia’s destructive monsters. Battle Chef Brigade is a crazy chocolate burrito sushi spicy burger full of innovative, unique flavors you’ve never tried, much less together. We know you’ll love it on the first bite!

Ziggy is the most mysterious and possibly unsanitary chef in Battle Chef Brigade. He has a lazy streak and relies heavily on his summoned minions. His sous skeletons lead the way, with rolling pins and pans, his imps carry ingredients to the pantry, and his turret-like demons take care of any stragglers. Of course, a good Battle Chef can’t always rely on magical help and, when necessary, Ziggy knows how to take care of business. A few breakdance-style kicks and a spin or two are enough to prep any monster for the kitchen. We had an incredible time designing him and can’t wait for you to slide into battle as Ziggy.

In a game centered on intense hunting and cooking duels, multiplayer kicks it up a notch. We drew inspiration from fighting games, brawlers, and our couch-based childhoods to make dueling your friends and enemies perfect. Wait for your opponent to kill the Dragon and then swipe its spicy steak for yourself! There’s a buffet of options and items to choose from, including quite a few new ones for Deluxe, such as Ziggy’s Grill, Bony Tongs, and Carnivorous Expertise.

We’ve added a lot more replayability and polish for Battle Chef Brigade Deluxe. Here are some of the additions:

Dynamic Theme for your PS4

We’ve put together a theme for you, too. A calm, cherry blossom-filled backdrop welcomes you to your entertainment hub as a soothing remix of many of the Battle Chef Brigade songs fills you with contentment. Enjoy!

See you on the Daily Cook-Off leaderboards on August 28! Vive le Brigade!