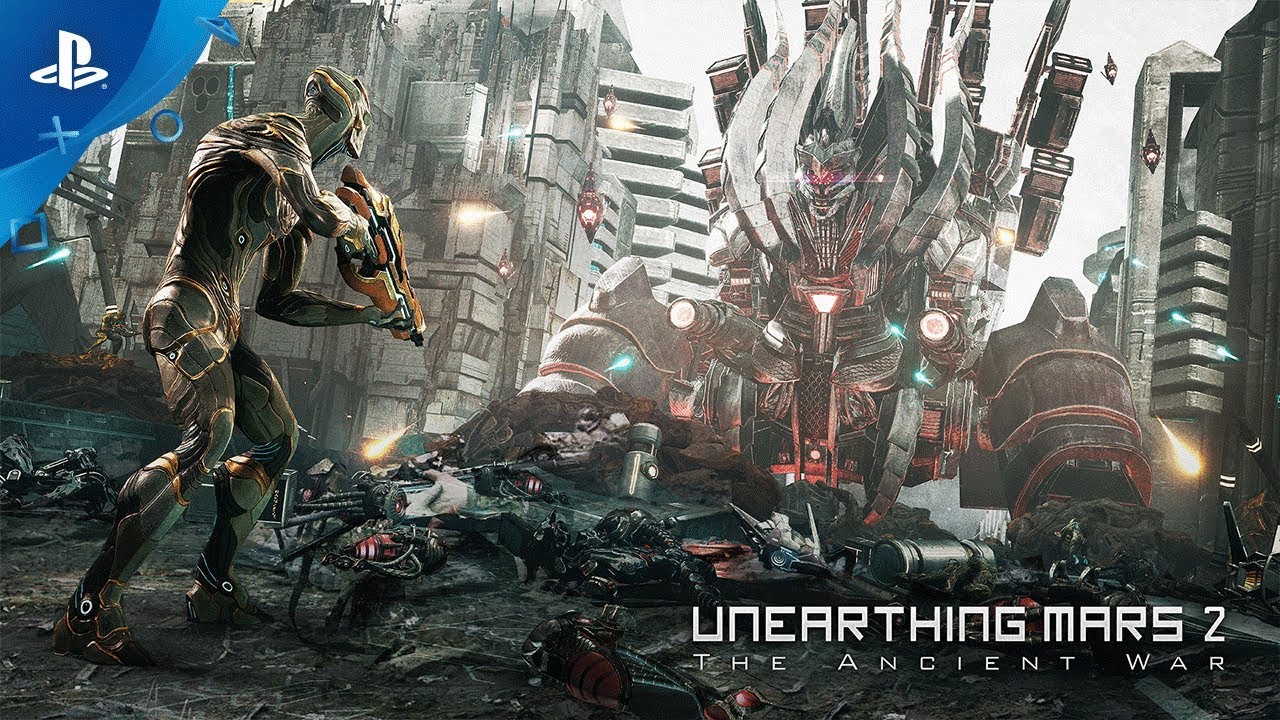 Hello everyone! I’m thrilled to announce that Unearthing Mars 2: The Ancient War will be launched on September 18!

Unearthing Mars 2 is a futuristic FPS VR shooter from beginning to end, featuring slow-motion superpowers, distinctive weapons and challenging boss battles. You will experience adrenaline-pumping FPS combat as you shoot down enemies and bend time to your advantage.

Our first PS VR title, Unearthing Mars, was released in 2017. It highlighted the potential of VR gaming by introducing a different gameplay mechanic in each chapter. This second installment continues the adventures; however, this time it will be a complete FPS title, featuring shooter gameplay from the last chapters of the first game that fans loved so much. You are equipped with a PS VR Aim Controller to take down enemy foes as you travel back in time to an ancient Mars civilization. The new gameplay enables you to shoot enemies as you comfortably maneuver in and out of action-packed combat.

In Unearthing Mars 2, the extracted Phobos fragments from Mars are analyzed through the Ark Device and leads players to embark on a journey to unravel secrets of an ancient Mars civilization torn by an ongoing war.

Each of the various fast-paced shooting stages features six or more weapons to choose from. The primary weapons are an assault rifle and shotgun. As you advance into further levels, you can unlock special weapons such as rocket launchers, plasma weapons, and chain guns. Additional rare and powerful weapons can also be found during boss fights.

In the end, Unearthing Mars 2 is all about the boss battles. From fighting superhuman behemoths to gigantic automatons to a showdown in space limbo, these boss battles will test your shooting ability while offering unique gameplay mechanics in each fight.

I can’t wait for all of you to experience the fun we’ve packed into Unearthing Mars 2 when it comes out on September 18 for $19.99. Thank you all, and we look forward to seeing you in the game!

An interview with FromSoftware’s Hidetaka Miyazki