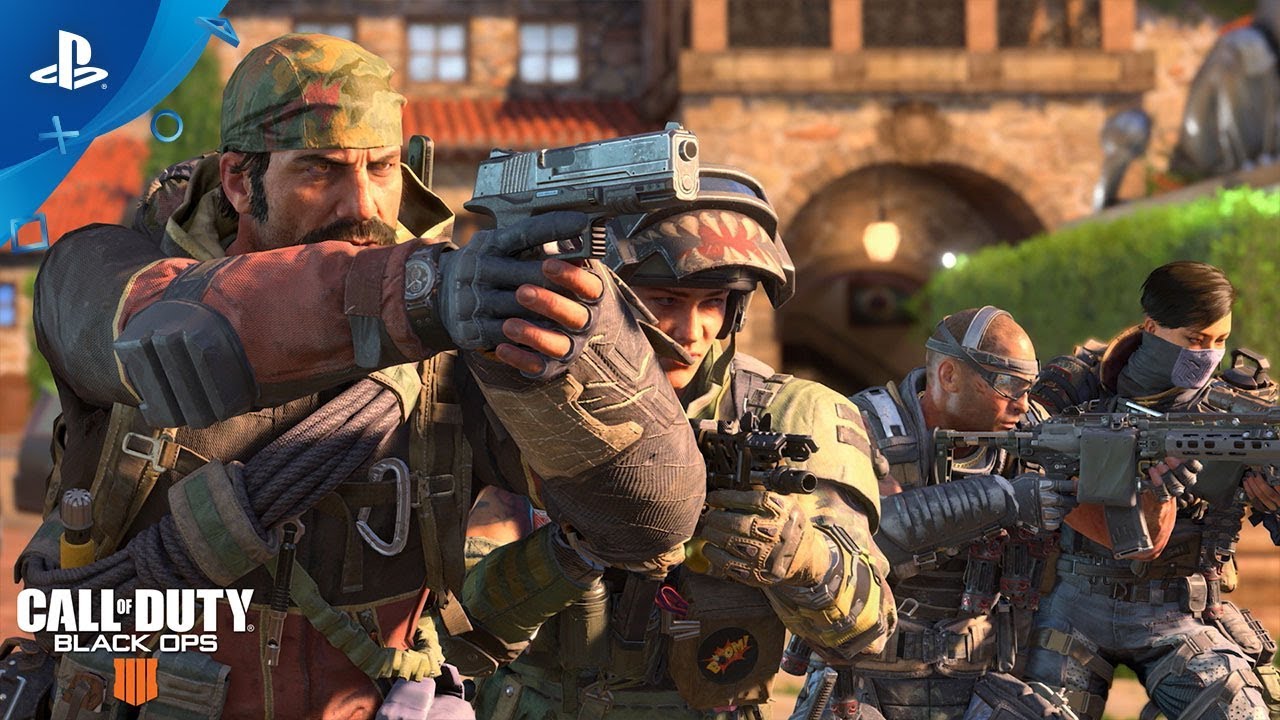 Five tips to hit the ground running in this weekend's Beta, kicking off today on PS4.

The Call of Duty: Black Ops 4 Private Multiplayer Beta premieres exclusively on PlayStation 4 today! Pre-order the game from PlayStation Store or a participating retailer* and jump in to experience gritty, grounded, fluid Multiplayer combat ahead of the launch on October 12!

To give you a boost on the battlefield, the team at Treyarch put together the following five tips that could help keep you alive as you face off against a field of foes. Each Specialist has unique equipment and weaponry that they can utilize, there are new gameplay systems at work, and even new gameplay modes to learn. Study up, because knowledge is power, and we’ll see you in the Beta!

Players in Call of Duty: Black Ops 4 have more health overall, along with the added ability to choose when they want to refill their health bar. This is a new mechanic for Call of Duty, so concentrate on nailing it in your first few matches. Soon you’ll be strategizing on when to hit L1 to inject yourself with a health boost. However, pay attention to the cooldown period between uses, and plan wisely.

Control is a brand-new, objective-based mode. In this mode, teams alternate between attacking and defending two objectives. Each team has a pool of 25 lives to draw from and can win rounds not only by Controlling points on the map, but also by draining the opposing team’s lives. The first team to win three rounds wins, so be sure to keep an eye on the objectives, and on the number of lives.

Each gun in Call of Duty: Black Ops 4 has its own unique Attachment Tree, and most have Operator Mods, which are new to Call of Duty. These Operator Mods can push a weapon’s capabilities even further. For example, the Auger DMR Tactical Rifle’s Operator Mod is Burst Accelerator – each burst fires progressively faster while the trigger is held down. Just be aware that you’ll need to equip the Primary or Secondary Operator Mod wildcard, which will unlock the Operator Mod slot. That will cost one Pick 10 point, and the Mod itself will cost two, for a total of three points.

The Pick-10 system is back in Black Ops 4, allowing you to choose a total of 10 items for your loadout. However, it’s worth noting that Special Issue Equipment does not count against that total. That means items you can equip Ruin’s Grapple Gun, Seraph’s Tac Deploy, or Firebreak’s Reactor Core, and still have 10 slots at your disposal for attachments, perks, and more.

In objective-based modes, teams are limited to one specific Specialist per team. That means two players on the same team can’t use the same Specialist. However, in Chaos modes (Team Deathmatch and Kill Confirmed), teams can take up to two of the same Specialist per side, and the maximum number of players is increased to six per team, making these matches 6v6. So, you could stack up your side with two Ruins, two Recons, and two Seraphs to truly create some Chaos.

There’s a lot to experience in the Black Ops 4 Private Multiplayer Beta, and we’ve just scratched the surface with these tips. Be sure to experiment with all of the different Specialists, try out their Special Issue Equipment and Special Issue Weaponry, mix and match with the Pick 10 system, try out new modes, and above all… good luck and have fun!