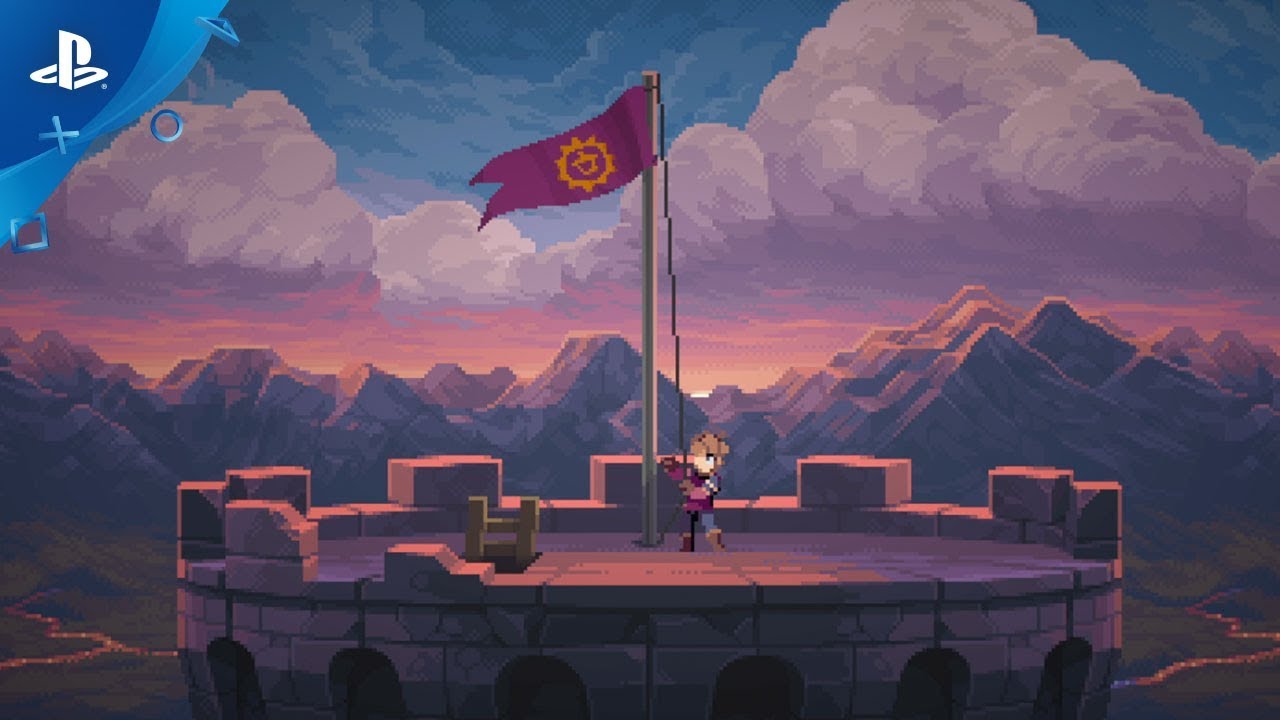 Developer James Petruzzi looks back on six years of development and shares advice for aspiring creators.

When I announced that Chasm was finally complete and had a launch date, I fully expected to be met with all of the waiting memes. I was not disappointed.

Chasm came to public view for the first time right around our Kickstarter in April 2013, but in some ways it’s been in process a lot longer. Have a seat and hear my tale of how Chasm came to be. But before I begin, please check out our brand new launch trailer above!

If we want to go back to the actual beginning, we should start around the year 2000. Tim Dodd (the lead programmer) and I met in high school and bonded over our mutual interest in programming and computers. Tim had taught himself how to make small games in Visual Basic. We would talk about our favorite games and share techniques of how to make them. After graduation, I went off to college while Tim joined the military, but we kept in touch.

This is Tim. Military era Tim.

I met Jimi Stevulak (audio/music lead/co-storywriter) in college around 2003. Again, Jimi was a kindred spirit. Not as much on the programming and level design side, but music and film. We became fast friends and spent our time after class making electronic music and watching tons of classic movies together. Like with Tim, after graduation, Jimi and I went our separate ways but kept in touch.

The period immediately after college were kind of the dark years for me. I wasn’t able to find steady work, so I spent all of my spare time teaching myself programming and game design. It was around this time that Tim got out of the military, and we started collaborating on small games. We didn’t get very far. By all rights, we should have given up.

After years of working at a help desk, I was finally able to get a job as a full time programmer around 2007. It wasn’t anything sexy like video games, but it paid the bills. During evenings and weekends I worked on video game passion projects. One thing I didn’t realize when making my own games was that starting a new project is fun and exciting, but finishing it is hard work. In 2009, after multiple false starts, I forced myself to finish my first full game called 48 Chambers. In 2011, we released Take Arms. Neither of those games did well enough for us to live on, but the experience was invaluable. We were game developers! Sort of.

Somehow during all of this time I was able to get a girlfriend who I somehow convinced to marry me. Trang recognized that I wasn’t happy with my day job, so she urged me to dedicate myself fully to my next game. She had a stable job, and we had some proceeds from Take Arms, so I decided to go for it and quit my day job. I should really emphasize that without the continued support and encouragement from Trang, Chasm would not exist.

Trang and Tim at PAX East

So now we finally get around to Chasm. In early 2012, I got to work on a sci-fi mining game I was calling Solus. I made a procedural world generation engine, and little by little, added more gameplay, including melee combat. It turned out that the mining aspect of the game wasn’t much fun, but the melee combat was. I went with my instincts and followed the fun, so after months of work I made the very hard call to scrap it all and start fresh with what I had learned.

That’s me tightening up the graphics on level 3.

It was then September, and the pressure was starting to mount. I knew if I was ever going to do a big project I’d need funding, and GDC coming up in the spring seemed like the perfect place to pitch it. Putting down a large chunk of our savings on a longshot of getting a publisher seemed like a crazy risk to me, but Trang assured me it was the best way forward and a good risk to take. I brought Jimi on board for music and sound, Tony Redmer for background art, and Glauber Kotaki for the animations. We worked furiously for six months, finishing the original prototype just days before GDC.

Unfortunately, despite all of this effort and spending all of my savings on the prototype, we just couldn’t get any publishers to bite. Kickstarter was just starting to get traction around this time, so we decided halfway through our week at GDC that we would start telling everyone to look out for the Kickstarter coming in April. Our Kickstarter campaign exceeded our wildest expectations, so we spent the next five years laser-focused on making Chasm worthy of all the trust our backers put in us.

From left to right, Jimi, Tim, and me – This was our first time in the Indie Megabooth.

I’d like to say that once we had our Kickstarter backing, the rest was smooth sailing, but that’s not the case. It took us about six months to make our prototype, and people seemed to like it. At the time, I naively assumed that the hardest work was done, and since I made a full prototype with one area in six months, I could make additional areas at a fraction of the time.

But of course, life is never that easy. Building a game is kind of like building a tower. The higher the tower, the stronger and wider the base and foundation need to be. What worked great for a 30-minute prototype just didn’t hold up when we started building out the full experience. The story, area design, procedural generation, gameplay mechanics, and much more all had to be rethought and redesigned in order to create a cohesive and well-paced experience.

There were mechanics that sounded great on paper, but didn’t work well in practice. We wanted players to be able to make their own potions by collecting leaves as ingredients, but the recipes were all straightforward and the tradeoffs not as interesting as we thought they might be. We had a twist ending at one point that just didn’t feel consistent with the lore of the world. Some puzzles were just frustrating.

Lots of work hit the cutting room floor, which can be demoralizing to a team. But everyone stuck with it. We originally thought the game would come out in 2014. Then we updated all of our printed materials to say 2015. Then 2016. The more progress we made, the farther the goal seemed.

Early sketches of the Outpost area

It was around this time last year that this trend reversed, and the more progress we made, the closer we got to the goal. We had an internal goal to wrap up development by the end of 2017 and launch in Q1 2018. As we got further along, we’d push those dates out by a week here, a week there, but by the end of Q2, the game was, for all intents and purposes, done. There were some operational tasks to complete, like getting ESRB ratings and going through the certification process, but there was no question that Chasm would finally be launching. And it would be launching at the quality standard we had set for it.

I’m often asked for advice by aspiring developers. Some are fresh out of school, and some are professionals who want to make something they can call their own. For what it’s worth, here’s a recap of what I’ve learned:

By all rights, Chasm shouldn’t exist. There were so many times along the way that any sane person would have given up. I could have stayed in my safe day job, earned a stable living, and played games on the side. It would not have been unreasonable for Trang to insist that we move out of our one-bedroom apartment and start having a normal life. All of the rejections from publishers should have told us that the experts knew something we didn’t. And yet, I knew that I couldn’t live with myself if I didn’t give this my all. I needed to prove to myself and the world that we could do this. And now, after all of these many years later, our baby is going to take its first steps out into the world.