Breaking Down Death and Other Features in Death’s Gambit, Out August 14 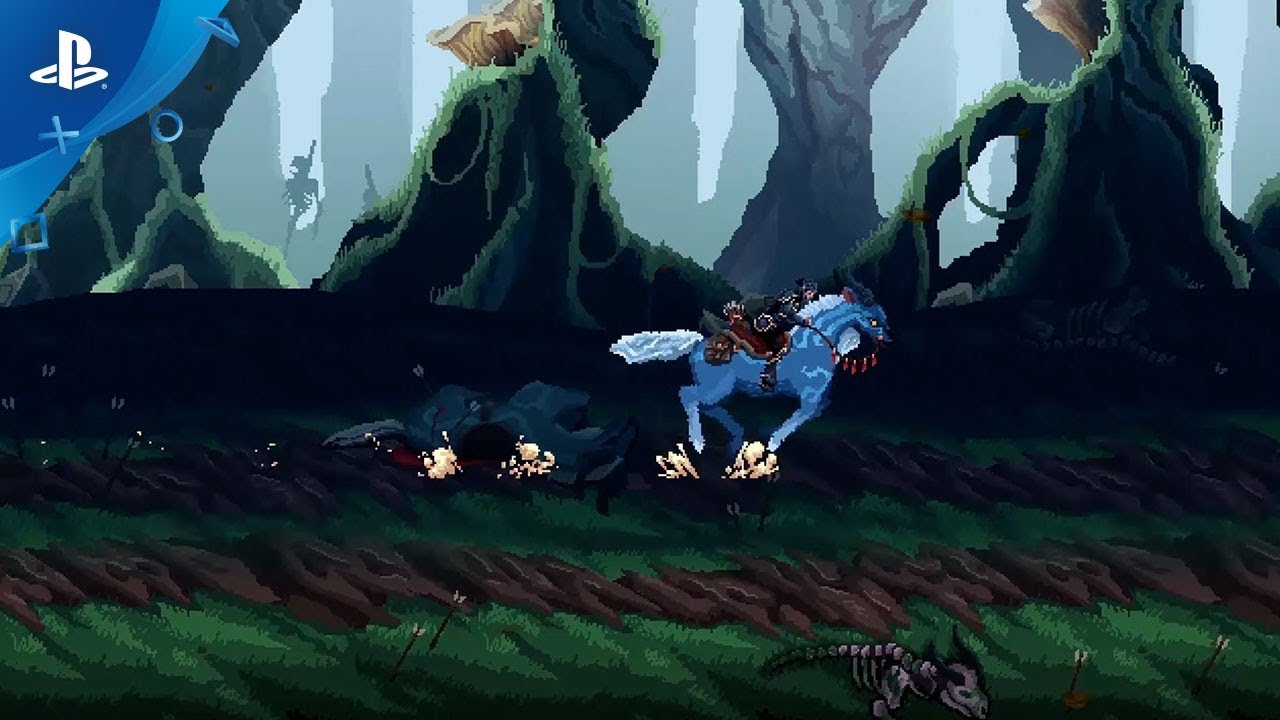 Hello, all! Alex from White Rabbit here, and we’re really excited to reveal the final feature list for Death’s Gambit and do a deep dive into the features that make our 2D action platformer Gambit shine! August 14 is so soon!

Death’s Gambit is a challenging game. There are many things we do to alleviate the inevitable frustrations that come with the territory — from music, to the landscapes, and even how we treat death. Death is a marker of progression in Death’s Gambit. Certain story beats only unlock upon dying. Bosses will remember if you’ve lost to them before. Does that mean you have to die to get the full story experience? Not exactly. There is an overarching narrative that plays out as you guide Sorun through Siradon. We’ve made sure the most important story beats happen naturally while playing. And for all you lore hunters out there, there is plenty of hidden subtext within the narrative of the world design and its items that should clue you into some nefarious undercurrents to the main storyline and more!

Death is a recurring theme and mechanic of Death’s Gambit. Go figure. For the most hardcore players, it’s possible to cancel Death’s contract, a mutual agreement that for all intents and purposes keeps you immortal. Cancelling the contract will turn you mortal, and activate iron-man mode, or perma-death. Try it out at your own peril!

Upon exiting the tutorial, the world opens up and allows for multiple routes. Right from the get go there are five bosses that are accessible. Each area has a distinctive feel and aesthetic to it that explores the themes of death and immortality. Should you come across something that seems impossible, fret not! There’s likely another path you have yet to explore.

In the same way you resurrect and challenge bosses over and over again, the bosses can do the same to you. Defeating them once will not stop them. Return to the boss room and face off against a heroic version of the boss that introduces new abilities and loot, at an exponentially harder difficulty!

Now if that wasn’t enough to encourage all the masochistic souls-like fans, there’s also a New Game+! New Game+ introduces some varying enemy placements, and of course a bump in overall difficulty by scaling health and damage. If you want a real challenge, I encourage you to defeat all heroic bosses in New Game+ as a mortal. Good luck!

There are a total of 7 playable classes in our game. They determine starting stats, equipment, as well as certain unique gameplay mechanics. For reference, soul energy is a meter you build up to spend on abilities. Attacking enemies naturally awards soul energy, but most of the classes have an additional method.

While there are 7 different classes, the talent tree remains universal. Each class has one additional talent on top of the base starting talent that determines how they gain soul energy. Talent points are earned from defeating bosses, but only in the first play through. New Game+ does not award additional talent points. So choose wisely according to your favored playstyle.

While classes start with a specific weapon, they are by no means limited to using that for the whole game. You are free to swap out your weapons however you see fit, as long as you have the required stats. There are two weapon slots in the inventory, for you to equip weapons, while a shield is always available.

Weapon skills or abilities are tied to the specific weapon and not classes. Therefore your build depends entirely on what weapon you use. Each weapon has a set of 3 skills that perform various functions from utility, pure damage, to applying status effects. Weapon skills are what add dynamism to the combat of Death’s Gambit. Experiment with different weapon combinations and skills to find one that suits your playstyle, or switch them up according to the challenges you face!

There’s plenty more, from storing your healing feathers to augment your damage, to chests that only open if you haven’t healed since the last save point. Challenges are strewn around the world, with a ton of tools to customize your playstyle. We hope you’ve enjoyed this deep dive into some of the mechanics of Death’s Gambit. We look forward to seeing how you all fare on August 14!