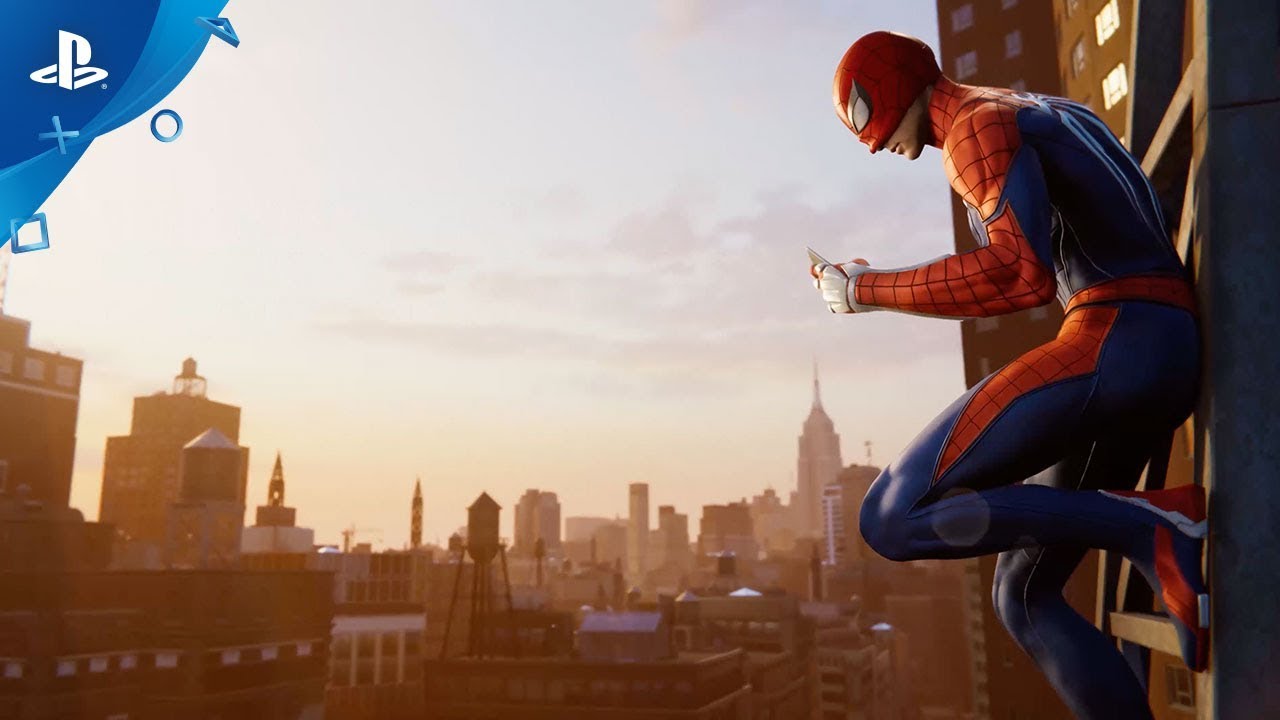 First hands-on impressions with Insomniac's take on our favorite Wall-Crawler.

It took me about five minutes to feel perfectly at home with the traversal mechanics in Marvel’s Spider-Man.

Holding R2 (the “go” button, as I came to think of it) keeps Spidey moving quickly, whether he’s sprinting on the ground, running along walls, or swinging through the air. Transitioning between swinging and wallrunning feels exhilarating.

Pressing X while midair performs a web zip, flinging our hero in a more or less straight line forward. Mixing this technique with more traditional swinging and wall-running is a great way to get from point A to point B (or C, or D, or E…) in a matter of seconds. Once you’ve arrived, you can perch atop objects by pressing R2 and L2 simultaneously.

Simply put, traversal across Marvel’s New York feels empowering. Even before getting the hang of the swinging mechanics’ nuances, it’s really hard to, say, run into a wall and come to a stop — Spidey just adjusts on the fly and keeps running.

This feels like the game the team at Insomniac has wanted to make since they were kids. Every action in Spider-Man is instilled with flat-out joy, whether you’re careening through the skies of Manhattan or treating some thugs to an extra-spicy knuckle sandwich.

Combat, by the way, felt plenty accessible, almost to the point that I thought I had mastered it in a paltry few minutes of practice… until I opened the “Move List” window. Holy moly! Scrolling through the rundown of moves and combos available to Spidey felt like learning a new character in a fighting game.

The demo I played taught me early on that you can press the Triangle button to zip yourself to an enemy to close distance and start a combo, or hold Triangle to pull the enemy to you. Once you’re within striking distance, you can let loose a flurry of attacks by hammering Square, or hold the button down to launch an enemy into the air. Tap Square again to follow the enemy up and begin an aerial assault, further highlighting the Wall-Crawler’s acrobatic prowess. I was even able to activate a “Suit Power” by clicking both thumbsticks simultaneously, unleashing a devastating spinning web attack against all nearby baddies.

Building up a “Focus” meter by battling foes allows you to perform flashy finishing moves (Triangle + Circle). I found this extra-useful against more threatening enemies who had body armor and weapons. Of course, you can always web-grab a nearby trash can with L1 + R1 and sling it into their face, too.

My time with Marvel’s Spider-Man culminated in a surprisingly tough fight against Shocker (who you may have seen briefly in our new E3 Showcase trailer). He actually beat the tar out of me enough times during my first run that it kicked me out of of the demo! Naturally, I returned for a chance at vengeance. I took a bit of time to explore Marvel’s New York in my second playthrough, finding hidden backpacks that contained collectibles (like an authentic Crusher Hogan poster!) and chasing down a getaway car to foil a robbery in progress.

I didn’t forget why I was here, though. I tracked down Shocker and took another crack at him, this time noting his attack patterns and deftly dodging his shockwave attacks before zipping straight to him and unleashing a salvo of acrobatic attacks. This was a multi-phase affair, with Shocker changing attack patterns and really giving me a run for my money, but eventually our hero (and I) prevailed, ending the play session on a successful note (shout out to the booth attendees who let me finish the boss fight even though they were shutting everything down).

It was already hard to doubt Insomniac based on everything we’ve seen about Marvel’s Spider-Man thus far, but finally getting a chance to play it cemented this as one of 2018’s must-watch games. Bring on September 7.