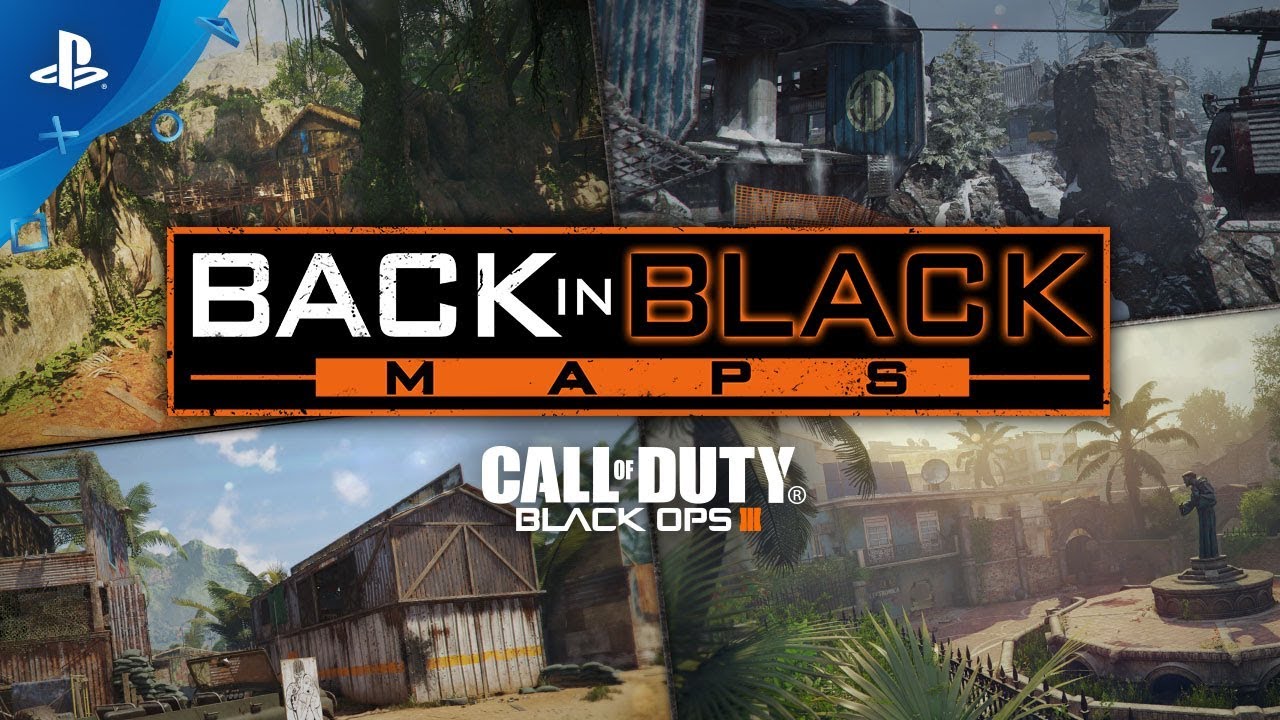 Call of Duty: Black Ops 4 will hit shelves October 12, and as the launch date draws closer, we wanted to shine a spotlight on the remastered maps coming to the game, as well as to Black Ops 3 if you pre-order Black Ops 4 from PlayStation Store.

The Back in Black Maps pack is a mix of fan-favorite maps from Black Ops and Black Ops 2, currently available only for PS4: “Firing Range,” “Jungle,” “Summit” and “Slums.” Now totally remastered in high-definition, each of these classic maps is hand-picked from the Black Ops portfolio and upgraded with the evolved gameplay, advanced graphical fidelity, and new mechanics of any recent Black Ops release – making for a versatile play experience.

Set in a blizzard, atop a tightrope-thin range along the USSR’s Ural Mountains, Summit has a natural place of prominence among the Back in Black Maps. Take to this Soviet snowscape and revisit the setting that hooked the world on Black Ops, as you fight and flank your way to victory. Surrounded by steep drops into sheer nothingness, Summit works well for varying playstyles while drawing players to the highly contested map center for engaging gunfights.

This close-quarters Black Ops map is set in a [CLASSIFIED] military location. With narrow vantage points, small houses and sheds, and a central tower, Firing Range is a hot, dry arena primed for fast-paced skirmishes, heart-pounding competition, and a range of combat styles.

From Black Ops 2, set in 1980s Panama, the small but focused Slums map is perfect for a challenge, with zero room to flank – players face the enemy head on. SMG gunners and equipment-heads alike will find rewarding gameplay along the urban, war-torn streets, which are home to an abandoned laundromat, a desolate parking lot and a central square that hosts point “B” in Domination. Slums makes for a classic face-off-style battle, as enemy teams duck and dodge to see who dominates first.