The biggest reveals and updates from our E3 2018 Showcase.

Our E3 2018 Showcase is over! And I hope you agree that the future of PlayStation is looking brighter than ever.

Hot on the heels of God of War and Detroit: Become Human, PlayStation’s Worldwide Studios are brewing up revolutionary new games designed to push the medium to new frontiers.

We got an extended look at The Last of Us Part II, Naughty Dog’s highly anticipated follow-up to one of the most iconic games in PlayStation history.

Sucker Punch stopped by with a tantalizing new look at Ghost of Tsushima, a new open-world epic destined to inspire an entire generation of gamers.

Marvel’s Spider-Man swung in with some huge news — the return of a legendary threat that will prove to be Peter Parker’s greatest test yet.

And Death Stranding made another jaw-dropping appearance, once again confirming that Hideo Kojima is a vital voice in the videogame medium.

We also got a first look at Resident Evil 2 from Capcom, as well as Trover Saves the Universe, a hilarious new game coming to PlayStation VR from the mind of Rick & Morty co-creator Justin Roiland. Plus, Remedy is making its return to PlayStation platforms with supernatural adventure Control. 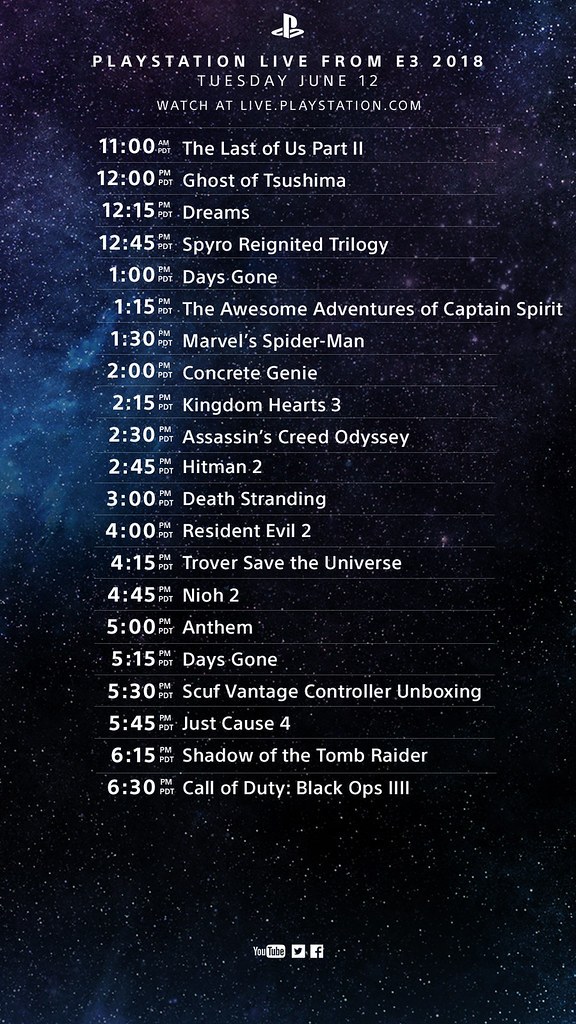 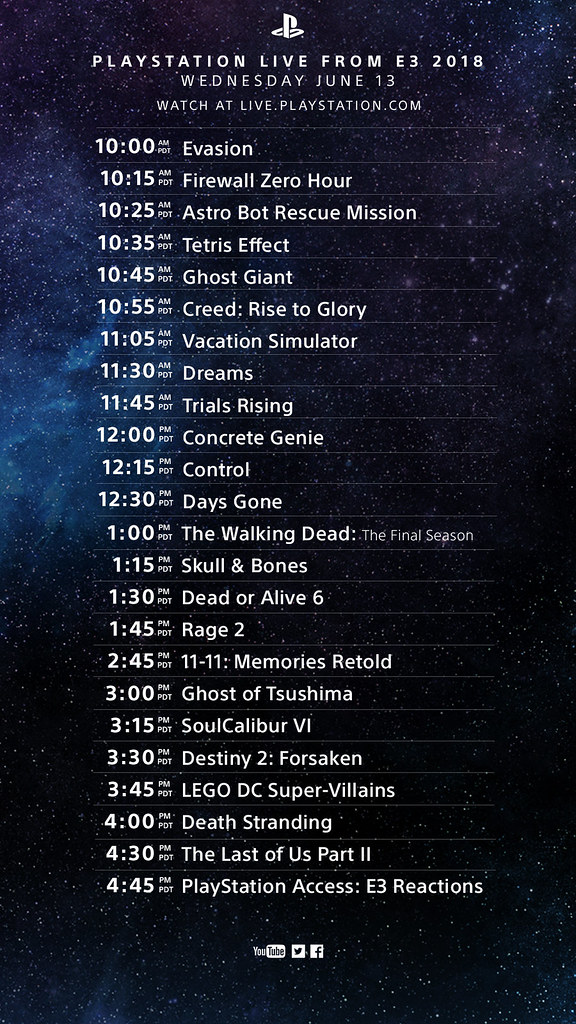 Next, we’ll turn our attention to E3 proper, including two jam-packed days of livestreamed game demos, interviews, and deep dives into the most interesting games at E3.

Thanks, as always, for joining us on our journey. I welcome your feedback!