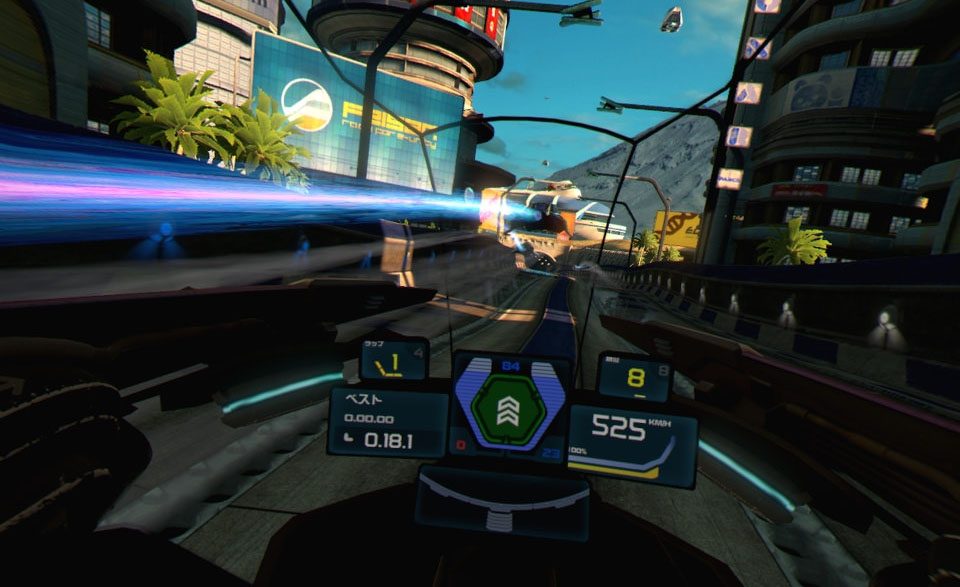 Experience the futuristic high-speed insanity of Wipeout in 4K with HDR or in PlayStation VR.

Update: An earlier version of this post stated that the demo for Wipeout Omega Collection was already live, when it was not. The demo will go live on Tuesday, May 22.

You have been awaiting your opportunity to finally climb into the cockpit of a AG ship, and now you can with our new Wipeout Omega Collection demo!

With your 4k display, you can race either in glorious native 4K with HDR, or if you have a PS VR headset you can sample the acclaimed VR mode for Wipeout. In VR you will really feel like you are racing in the future at speeds over 700KPH.

Select from the traditional Feisar ship, or the new Feisar VR ship and try a single race on two different tracks from HD and 2048 modes.

Experience the twists and turns and the blinding sunset of Vineta K from Wipeout HD. Then take on the speed fest with stomach churning vertical drops and jumps that that is Altima from Wipeout 2048.

For the most comfortable ride, we’d recommend starting with the default controls which are ‘Lock Camera To Cockpit’. Seasoned VR players can try the ‘Lock Camera to Pilot’ setting to experience what it would be like to drive an AG craft in real life. You’ll feel every twist and turn as you move with the ship, and yes, when you barrel roll you can spin 360 degrees.

Wipeout Omega Collection is the ultimate speed thrill. Try it in both 2D and VR if you dare!