Crafting the Combat of Death’s Gambit, Out August 14 on PS4 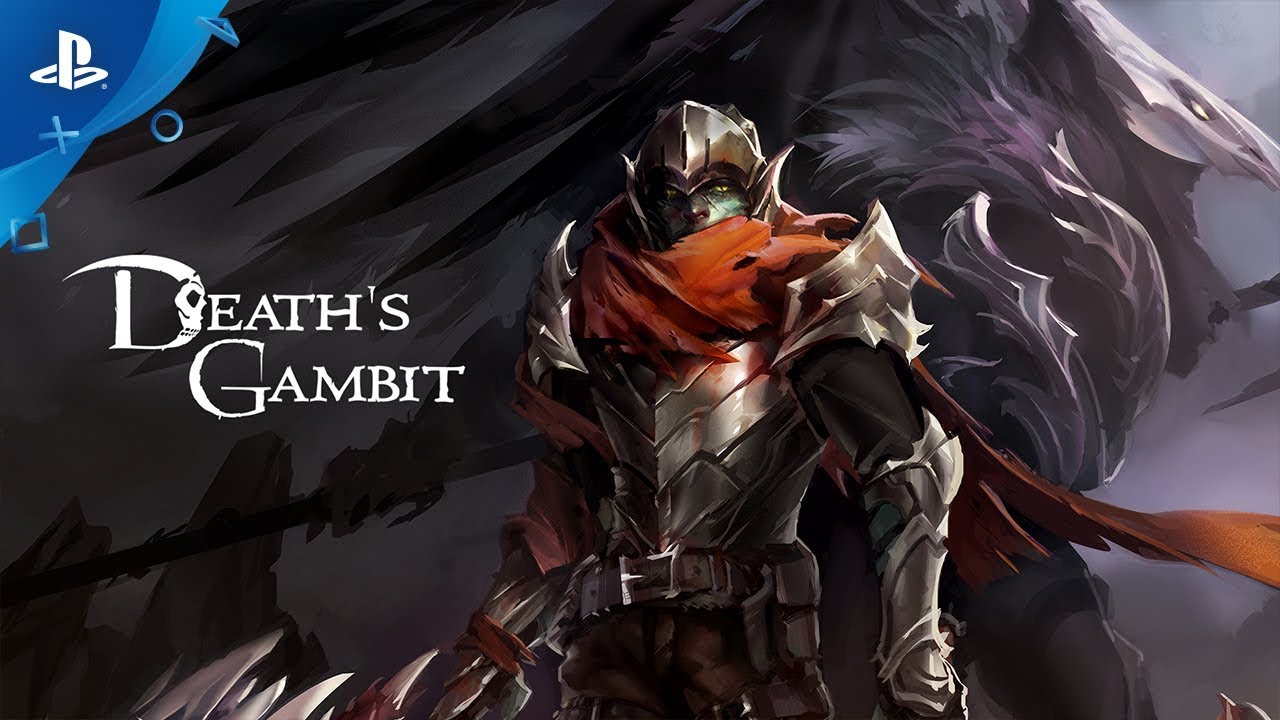 Explore a medieval alien planet as an agent of Death.

Hear ye! Hear ye! It’s the moment you’ve all been waiting for. We’ve anxiously bided our time to bring you this new trailer. With it begins our journey to release – one we hope to take in stride with all our fans. Thank you for your tremendous patience! We’re almost there. Death’s Gambit releases on August 14, 2018. Today, I’ll be talking about our design philosophy and what to expect from Death’s Gambit, 3.5 years since it first reached public eyes.

Unlike most other 2D games, platforming is not a focus in Death’s Gambit. It does naturally come up as part of navigating the world, but there are very few instances where we challenge the player’s ability to make precision jumps. It’s all about the combat for us. The goal since day one was to make every combat encounter unique. You may face the same enemy multiple times, but based on placement, environment, and nearby enemies, they will require different strategies.

Sometimes you will have the luxury to scope a section out and meticulously plan. Other times you will be forced to think on your feet. Each weapon and its abilities grant you unique ways to counter these challenges. It’s up to you to figure out what setup works best for a given situation. There are a lot of tools at your disposal, so be sure to take full advantage of what you have.

We wanted to avoid anything that could kill you in one hit. It’s frustrating, is usually about reflex instead of strategy, and rarely feels like a deficit of your skill. The point of creating challenges isn’t to prove we can kill you. It’s to punish you for consistent mistakes. Only through consistency will you realize you’re doing something wrong and attempt to change. That doesn’t make the game any easier, only fairer.

In the inevitable event of your death, we don’t want you to feel discouraged. It happens to the best of us. Even death is a measure of your progress in Death’s Gambit. Dying to bosses will reward you experience based on how well you do. This should help you avoid farming and stay focused on what’s really important. In addition, certain story beats only occur when you die. But perhaps more on that in a later update.

We’ve spent quite some time developing Death’s Gambit, and many of you have been waiting for it just as long. This isn’t a game we’d like you to experience once and be done with. Death’s Gambit will feature new game plus, and also introduces heroic mode. Heroic mode is built on the idea of defeating immortals. Once an immortal boss has knelt to your blade, they will immediately become available for a rematch. In this rematch (heroic mode), they gain new abilities and are exponentially harder. We want to be able to challenge even the most hardcore players with something that’ll keep them on their toes.

That’s all for this update, but stay tuned — we’ll have a steady stream of new details leading up to launch.