Eight Details You Might Miss in the Detroit: Become Human Demo

Quantic Dream shares the stories behind some of their sci-fi, neo-noir thriller's smaller details.

Have you played the demo for Detroit: Become Human yet? Did you save the hostage? If so, at what cost?Last week Quantic Dream shared a playable slice of its upcoming Neo-noir thriller. That’s just a glimpse of the thrilling experience to come on 25th May.

The pressure was on for Connor. So, understandably, you may have missed some of the smaller details in Quantic Dream’s vision of a future Detroit.

But PlayStation 4’s screen capture feature has halted the arms of the ticking clock. Let’s take a moment to delve deeper into the rich game world. How many of the following did you notice?

Connor’s coin is an American Quarter, bearing the iconic profile of George Washington.

How the android came by this particular coin remains to be seen, but his dexterous display in the elevator is not just for show: Connor runs through this routine to calibrate his physical and cognitive functions, sharpening himself for the challenge ahead. 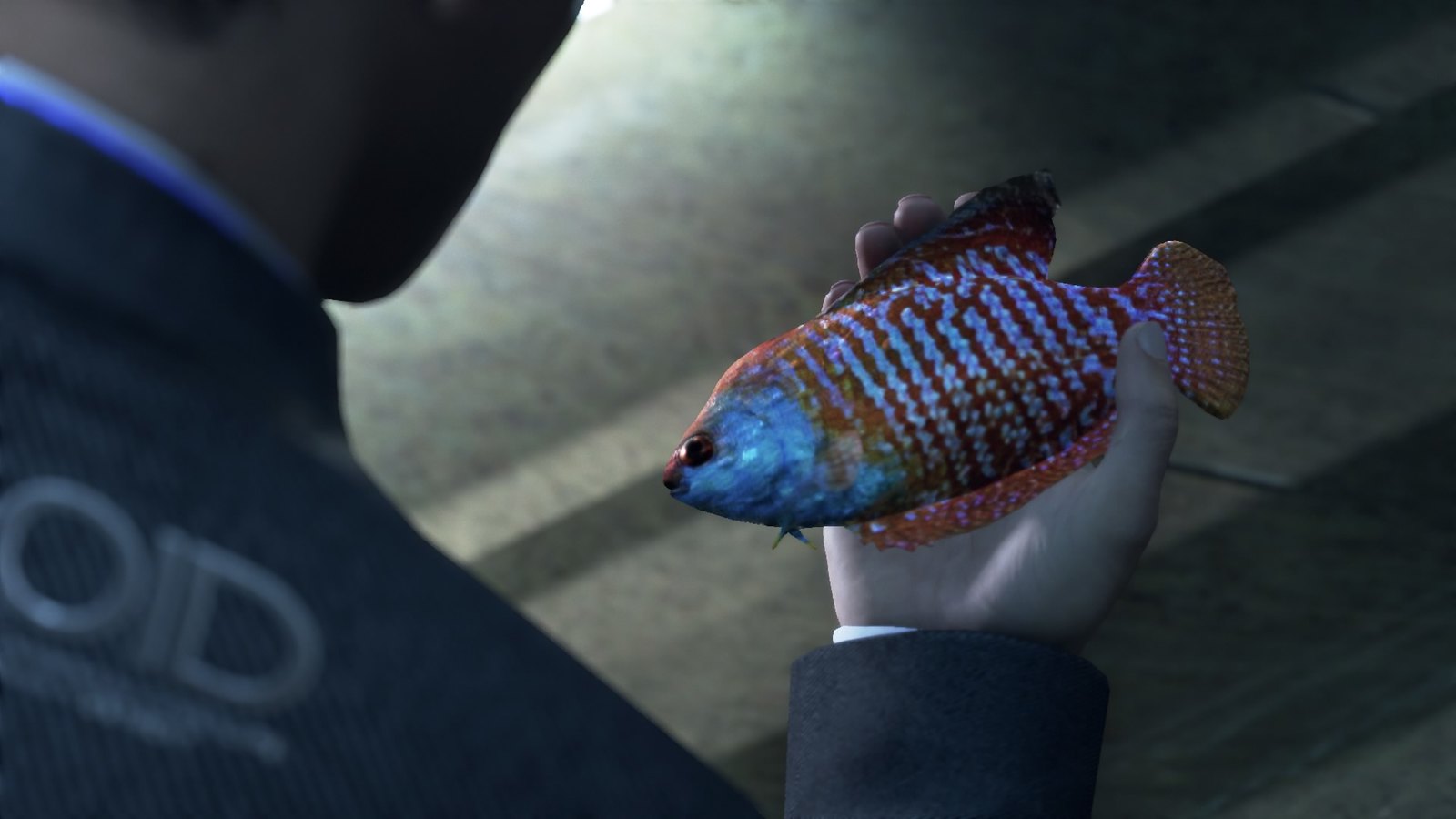 The Dwarf Gourami or Trichogaster Lalius, to give it its Latin name.
With the onset of climate change and widespread species extinction, real pets are increasingly rare and a marker of affluence.

Most exotic species can only be experienced now in the much-anticipated CyberLife ‘zoo’, featuring exclusively android exhibits. 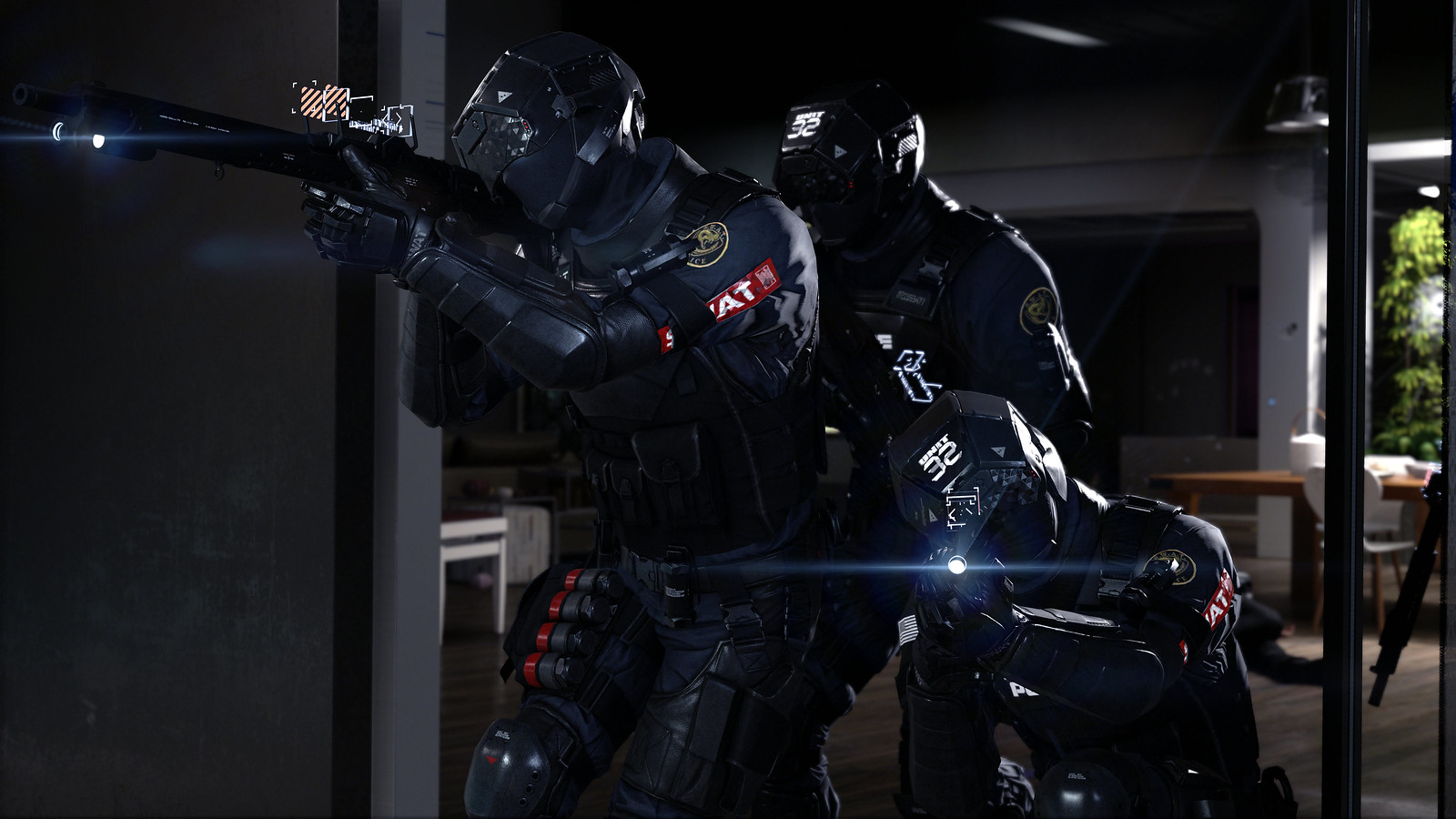 The SWAT uniform combines familiar elements of protection and flexibility with newer, synthetic materials that offer greater lightness and durability.

The dynamic display allows for clear yet silent communication between members of the team, allowing them to co-ordinate effectively and remain in the proper state of readiness at all times. 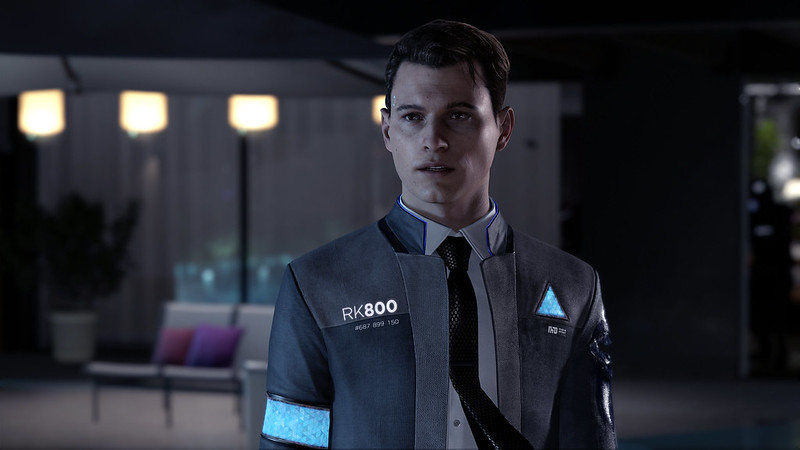 Connor’s uniform bears all the hallmarks of android differentiation: the neon armband, the triangle and the LED. The tie, however, is purely cosmetic…

Connor’s more formal attire is something of a rarity among androids, reflecting his special function as an investigator with advanced abilities. 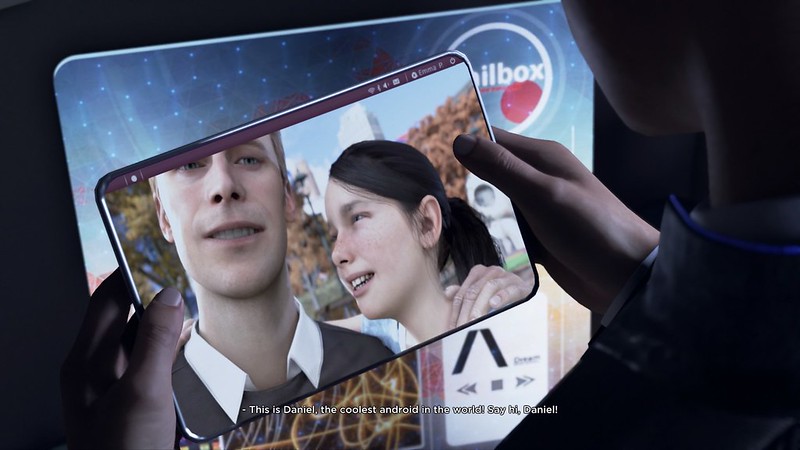 Daniel’s uniform is more typical for androids, clearly marking him as an android.

This uniform and the other distinguishing features shared with Connor (armband, triangle, model number and LED) are mandated by the Android Act, which stipulates how to avoid any confusion for people interacting with these incredibly human-like machines. 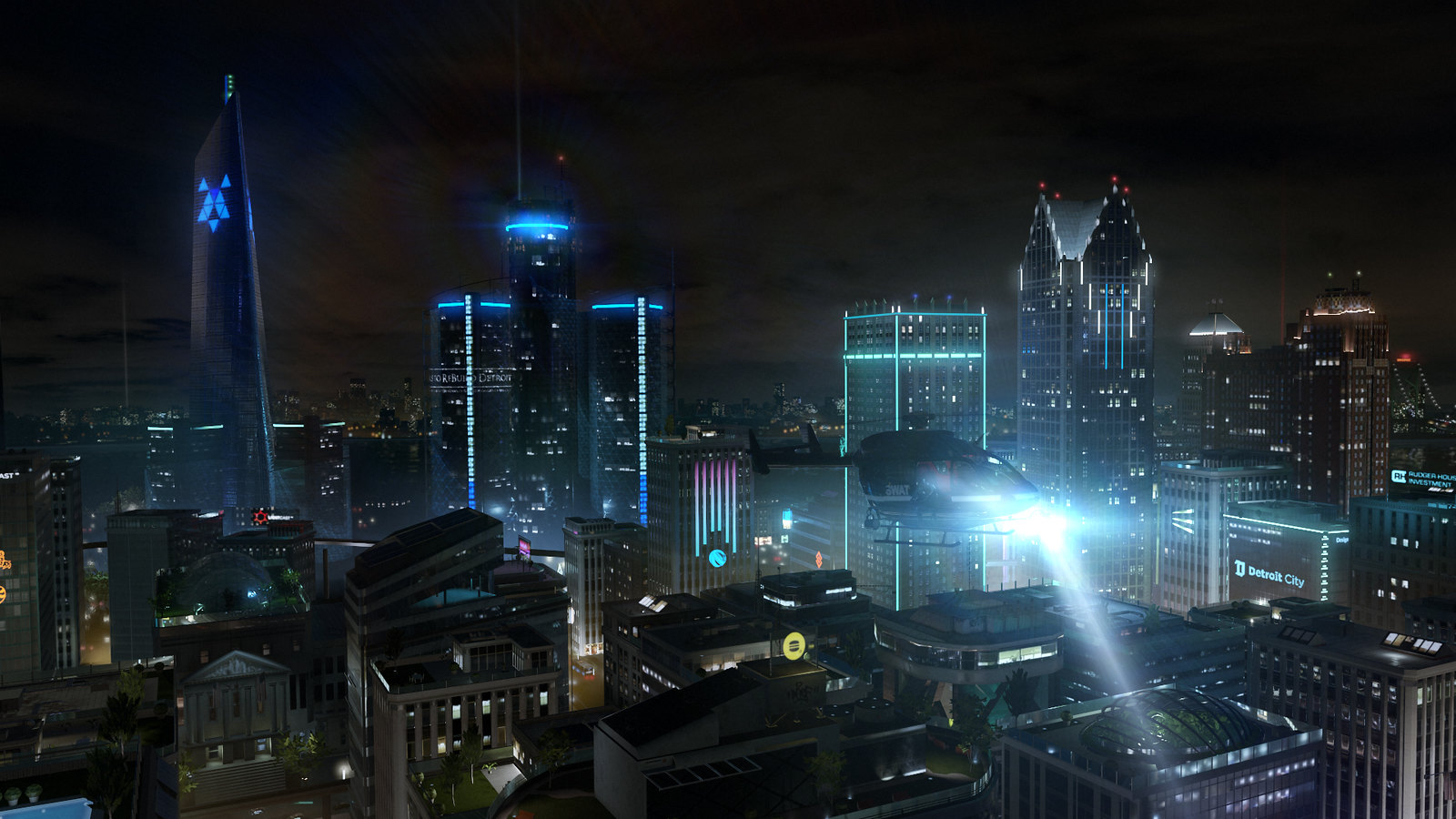 Detroit’s skyline has much transformed in the two decades since 2018. Once known as the World’s Forge – and home to the Ford Motor Company, which so transformed America and the world in the 20th century – Detroit is once again host to a technology that is altering the very fabric of society.

This has brought much wealth, as the glistening towers attest to. But the shiny exterior of the city’s prosperity rises over divided streets: androids have created winners and losers, leaving many without a profession or a purpose. 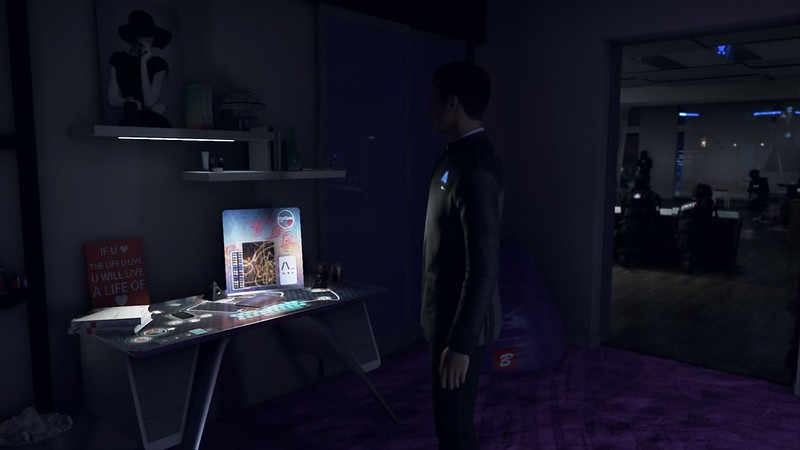 The constant evolution in how we create and consume media has continued into the near future of 2038.

Electronic tablets provide easy access to national and regional media across a wide range of topics, ranging from political (CENTURY) science (TECH ADDICT) current affairs (DETROIT NEWS) entertainment (GOSSIP WEEKLY) sport (ALL SPORTS) and environment (GREEN EARTH). The paperless interface is automatically updated with new issues and provides a sustainable means for getting all the latest news at the touch of a button.

Most Americans have accepted the death of print media, and many members of the newer generation have never actually seen a physical book… 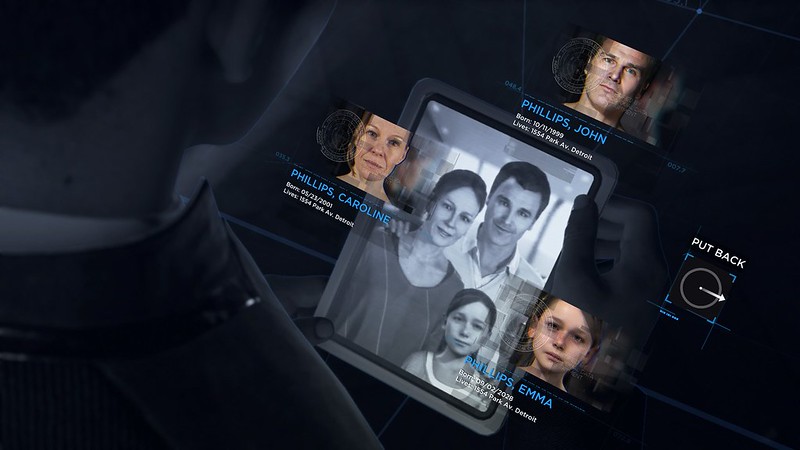 Connor’s ability to reconstruct a sequence of events is both hyper advanced and entirely unique to him.

To perform a reconstruct, physical and circumstantial details must first be analyzed in isolation, providing vital information such as the direction of travel, velocities and trajectories, likely collision fallouts based on material density and friction, etc.

Thereafter, Connor’s cutting-edge processors simulate the most probable version of events leading to the picture of evidence he has just discovered and analyzed, with every element playing a part in his cognitive simulation.

This ability is the result of world class design and relentless testing, producing Connor’s amazing capacity to ‘see’ how a crime took place.

For more insight on the world of Detroit: Become Human, check out this new video by Quantic Dream revealing the story behind the technology, fashion and character design that makes this sci-fi world so compelling.