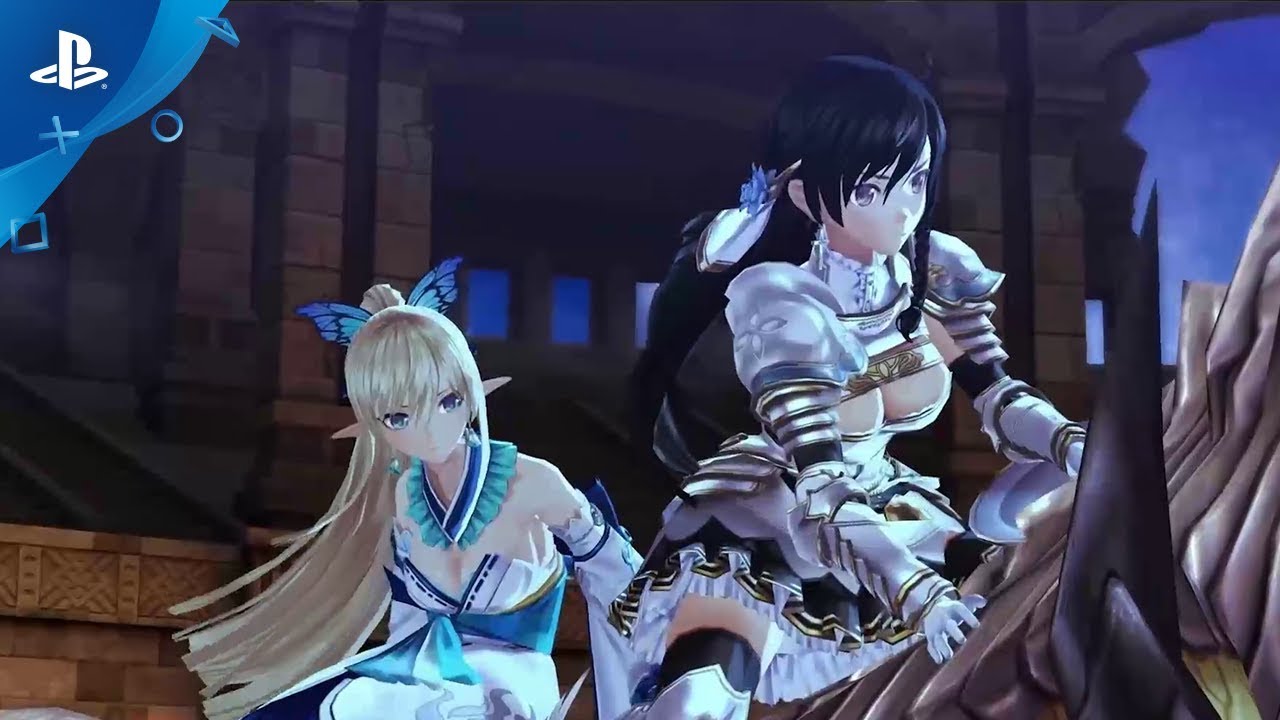 Meet the colorful cast of this musical RPG.

We announced Shining Resonance Refrain’s western launch earlier this year, and now we are happy to announce that the game will launch both physically and digitally for PS4 on July 10! It’s not long before you’ll be able to wield the awesome power of the Shining Dragon to smash enemies, and then top it off with a sick B.A.N.D. performance.

I’m glad you asked! The B.A.N.D. system (Battle Anthem of the Noble Dragoneers) gives characters the chance to take center-stage and perform a musical performance in the middle of battle. These performances grant powerful buffs for the party or inflict devastating debuffs on enemies through the power of their Armonics, or ancient weapon-instruments created by the Shining Dragon.

These effects change depending on which song you choose to play, and which party member takes the center role. A band’s music is only as good as its members, so let’s get to know each of the playable characters you’ll encounter in your travels through Alfheim!

Yuma Ilvern – The Boy with the Dragon’s Soul

Yuma is an unassuming, somewhat timid young man who possesses the soul of the legendary Shining Dragon. Despite his incredible strength, he tries his best to suppress his abilities and avoid trouble whenever possible. In an attempt to secure the power of the Shining Dragon for themselves, the Lombardian Empire kidnaps Yuma. This is where his story truly begins.

In battle, Yuma fights with the Dragon Resonator Vandelhorn, dealing high damage and quickly maneuvering around the battlefield. He also has the ability to transform into the Shining Dragon for a limited period of time to deal massive damage to more dangerous opponents.

Sonia is the daughter of Albert, King of Astoria. She has a fierce tenacity that defies her gentle appearance, and she insists on fighting on the front lines for the sake of Astoria.

On the battlefield Sonia shows the enemy why she’s earned the nickname of “Astoria’s Lightning Princess,” darting across the field and dispatching enemies with precise, lightning-quick strikes.

An elf raised from birth to take on the role of “Diva Magica,” Kirika is a priestess with the power to commune with dragons and control the forces of nature. Although she seems calm and composed on the outside, she has a few interesting quirks that often takes her companions by surprise.

Kirika is a member of the Dragoneers, warriors who wield the legendary Armonics. While her damage-dealing abilities are nothing to sneeze at, she prefers to take on a more supportive role as a healer for the party.

An elven mage and Kirika’s most trusted attendant, Rinna boosts the spirits of everyone around her with her cheerful personality. Rinna is rarely without her fairy companion, Fromage, who helps guide the party throughout their journey.

Rinna prefers to stay on the back lines in battle. She uses her trusty Armonic to provide support to party members and blow enemies away with wind magic.

A musical mage with a burning heart, Agnum does everything in his power to make sure that he’s always the center of attention. He never backs down from a challenge, and his fiery personality is perfectly accented by his magical ability to control fire.

Like Kirika and Rinna, he holds the title of Dragoneer and wields a massive, axe-like Armonic. He’s comfortable in both close-range and long-range combat, as long as he has the opportunity to show off his skills.

Lestin is Kirika’s older brother, a Dragoneer, and Captain of the knights of the elven kingdom of Wellant. His position as Kirika’s older brother takes precedence over everything else, however, and he’ll often switch personalities entirely when it comes to protecting her. Much like Agnum’s fire, Lestin’s control over ice complements his personality well.

In battle, Lestin restricts enemies’ movement with powerful ice magic, then shatters them with his halberd-like Armonic.

Excella Noa Aura – The Dragon Princess of the Holy Dirge

The Imperial Princess of the Lombardian Empire, Excella has the abilities of both Diva Magica and Dragoneer. Logical, loyal, and holding all the qualities of a natural leader, Excella lives by putting the needs of her country above all else, leading her to command a campaign to secure the power of the Shining Dragon for the Empire. However, this encounter doesn’t go exactly as planned, and the resulting battle ends up changing her life forever.

As both a Diva Magica and Dragoneer, Excella has the unique ability to control ancient weapons known as the Dracomachina, living weapons in the form of dragons. She can also control gravity magic to keep enemies pinned down while launching an assault.

A wanderer with no known affiliation to any faction or government, Jinas Aion is the personification of mystery. He’s known across the Empire for his astounding ability to annihilate dragons in a single strike from his powerful katana.

In battle, Jinas overwhelms his opponents with lightning-speed strikes from his divine katana, Susano-o.

Character relationships make up a major part of Shining Resonance Refrain’s gameplay and story, so look forward to learning more about your favorite character(s) when the game launches on July 10, 2018!