Behind the Strange Story of Co-op Adventure Strange Brigade 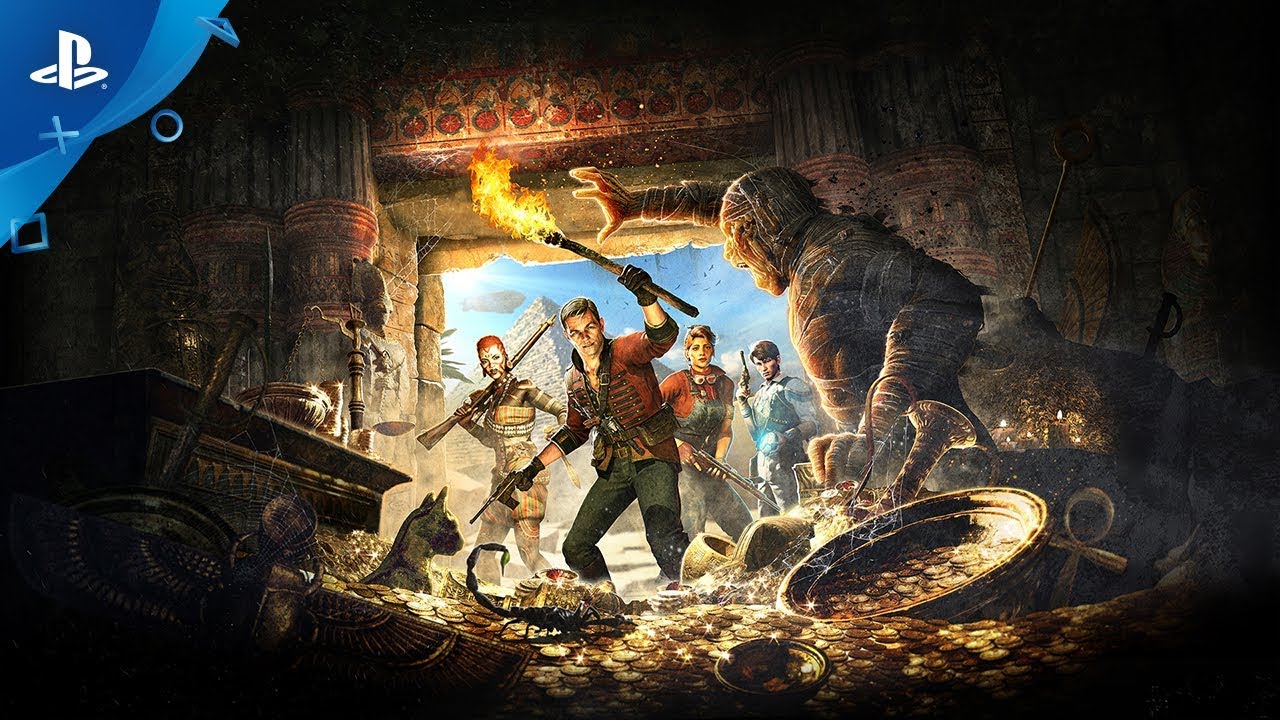 Just under a year ago we struck out into unknown territory and announced Strange Brigade – our new 1930’s action adventure for one to four players. Since then we’ve taken the game on the road, but since PSX (what a fantastic show for the PlayStation community) we’ve been silent as, well, a tomb! But fret no longer, adventurers, for it’s time to blow open this dusty sarcophagus and finally unveil the rip-roaring story that drives Strange Brigade’s campaign, as well as some important new gameplay details.

The call to adventure awaits …

At the heart of Strange Brigade’s campaign lies Seteki, the Witch Queen. Ruling over Saharan Africa nearly 4,000 years ago, her dynasty was so barbaric that she was eventually overthrown, her dark temples overturned, and her history wiped from the hieroglyphs.

Our tale of derring-do begins in 1930’s Egypt where a reckless amateur archaeologist Edgar Harbin attempted to write himself into archaeological notoriety by finding the fabled tomb of Seteki, and in doing so unleashed the fallen Queen’s spirit from a millenia-long imprisonment. Fortunately for the rest of the world, Harbin’s expedition had been infiltrated by an agent from a shadowy British organisation who has since gone missing…

The Strange Brigade is the nickname given by British Government officials to a mysterious arm of the Secret Service. Formed in 1858 out of the ashes of the East India Company, the Strange Brigade was tasked with helping the world rather than exploiting it. As 19th Century technology and exploration advanced ever further, mankind began to uncover dark and ancient powers that had been long buried… and with good reason!

Recruited from around the world for their unusual talents by a certain Lady Imelda Webster, the Strange Brigade travels the world defeating metaphysical menaces wherever they appear.

All That Glitters is Probably Gold… and More!

About 90 seconds into our latest trailer you can glimpse a new glowing device now owned by each player. These “amulets” are the key to the Strange Brigade’s magical prowess and add a lovely new gameplay mechanic to boot. In early incarnations of the game players automatically powered up by defeating enemies, but now they have to use their amulets to deliberately “absorb” souls from enemies and charge up explosive magical attacks, leaving you thrillingly vulnerable as you do so. It feels great to use and gives the game’s combat a really unique rhythm!

Treasure obviously plays its part in the trailer, too. I mean the Mummies aren’t going to use it are they? Players are rewarded with gold for defeating enemies and exploring off the beaten track. This can be used to unlock new weapons and items between levels which can be dropped into loadouts at various workbenches throughout each level.

You’ll want to keep some pennies in your back pockets however, as gold can also be spent on limited-time “prototype” weapons such as the the fire-spitting Krakatoa, the ice cold Chill Burster, and the brain-busting Blunderbuss! And don’t worry, there will be no micro-transactions – this is all for progression and fun.

We hope you’ll join us on our adventure when Strange Brigade launches on August 28 – but look out for more dispatches in the meantime!