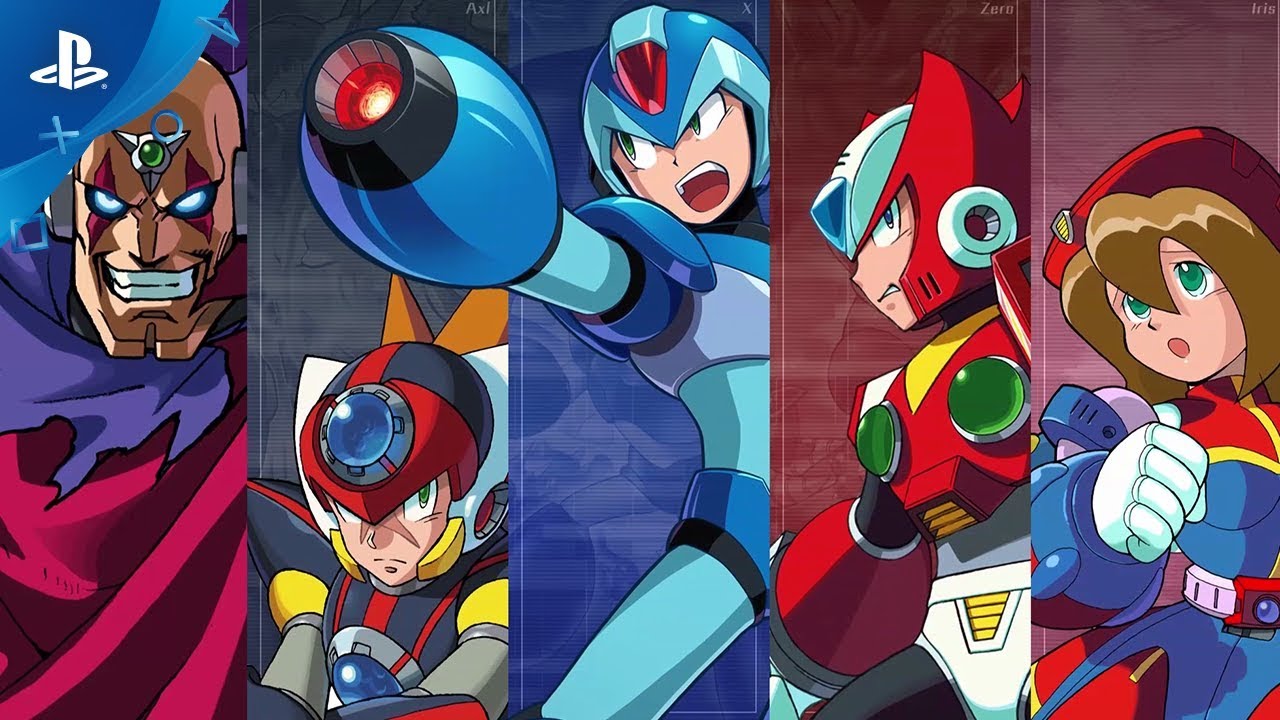 Capcom looks back at the legendary, decades-spanning Mega Man X series in celebration of its upcoming PS4 compilations.

We’re celebrating the year of Mega Man’s 30th anniversary later this year with the upcoming release of the brand new Mega Man 11, and even sooner, we’ll be revisiting the iconic storied history of the post-apocalyptic Mega Man X series on PS4. All eight X games will be playable across Mega Man X Legacy Collection and Mega Man X Legacy Collection 2 when they debut on PlayStation 4 — with some all-new features — on July 24. I hope you’ll join me in reflecting on the unique history this series shares with PlayStation, where many of these games made their first debut.

The letter “X” is significant. It can represent unknown variables, mark hidden treasure, and holds an important place in fields of study like aerospace and genetics. In the field of technology, the “X” moniker can also signal the next phase of powerful hardware. The original PlayStation was codenamed “PS-X” before its launch – a mysterious and exciting codename that hints at new graphical potential. Speaking of powerful hardware, “X” is the name given to Dr. Light’s enhanced robotic successor to Mega Man in the Mega Man X series. The etymological connection is a fun one, but PlayStation and the Mega Man X series also have a deeper connection.

Before the first PlayStation hit the market, Mega Man X dashed onto the video game scene in 1994 during the 16-bit era as an evolution of the classic Mega Man formula. The titular blue robot jumps and shoots his way through eight varied stages, steals a weapon from the Maverick boss at the end, and takes down an evil mastermind. In addition to a more sci-fi aesthetic and grittier tone, Mega Man X layered on exciting gameplay enhancements, like dashing and wall jumping. These new abilities opened up new combat possibilities for players, and made the 16-bit reinvention much more than a fresh coat of paint. This pitch-perfect gameplay extended through Mega Man X2 (1994) and X3 (1995) in the 16-bit era, delivering a trio of tough-but-fair adventures featuring X and his ally Zero in their fight against the maniacal Sigma.

In 1997, following the 16-bit era, the Mega Man X series deployed exclusively onto CD format consoles – including PlayStation – to thrilling results. X and his mysterious Maverick-hunting friend Zero came to life in beautifully animated cutscenes of Mega Man X4, solidifying the X series as far darker and grimmer than the ever-endearing classic Mega Man series. For the first time from the outset of the game, players could choose to blast through stages as X with his trusty X-Buster, or slice and dice through Mavericks as Zero with his nimble Z-Sabre. Players could further enhance X with discoverable armor sets that offered benefits such as improved mobility or defense, allowing players to customize their play style, while Zero learned new, powerful special moves with each defeated Maverick. Mega Man X4 was just the beginning of a long-running alliance between X and Sony’s powerful machine.

The launch of PlayStation 2 marked the beginning of a new era of video games, and the ever-trustworthy X ventured into this new frontier. PS2 opened up new possibilities for 3D video games, and Capcom capitalized on the new tech by debuting the first (and only) Mega Man X game to expand beyond the two-dimensional plane. Mega Man X7 (2003) allowed X, Zero, and their new blaster-wielding friend Axl to explore a more immersive version of the series’ world with increased depth and a new auto-aim system. Mega Man X8 (2004) returned the series to purely side-scrolling roots while retaining the detailed 3D character models and environments PS2 made possible. The latest entry in the series introduced new features, such as the ability to call on partners mid-battle for huge, screen-filling attacks, and the ability to mix and match armor pieces to fit your needs.

The all-new X Challenge mode lets players face off against two Maverick bosses at once!