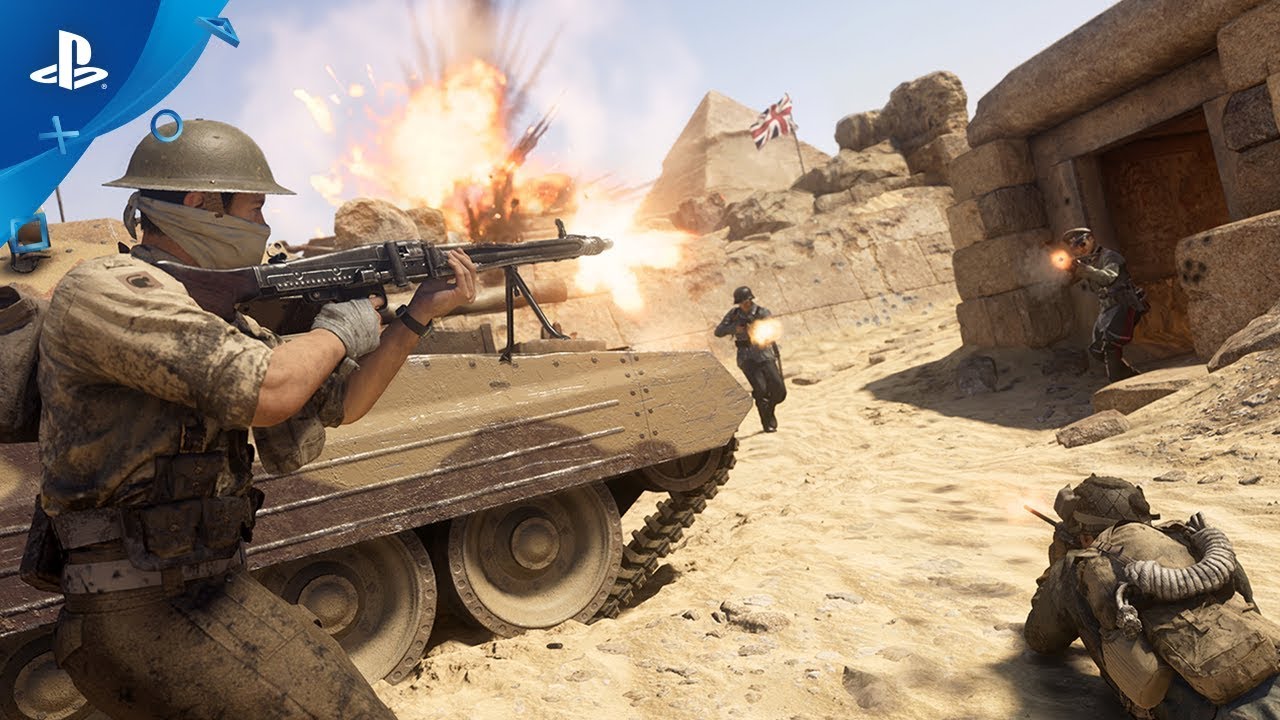 Activision recently announced The War Machine, the second DLC Map Pack for Call of Duty: WWII. This pack brings with it three new maps, a new War Mode experience, and a new chapter of Nazi Zombies.

We’re definitely excited for players to get their hands on The War Machine, and to help you get prepped for combat, we have a close-up look at the new War Mode map, Operation Husky, developed by Sledgehammer Games and Raven Software. Feast your eyes on this exclusive map image which will provide some tips, and then read on for some key intel to pass along to your troops.

Operation Husky takes its historical cues from the real-life Operation Husky, the codename for the Allied invasion of Sicily, that took place in July of 1943. This operation wrestled control of Sicily away from Axis powers and put into motion a course of events that opened up the Mediterranean Sea lanes for the first time since 1941. It also toppled Italian leader Benito Mussolini from power and paved the way for the Allied invasion of Italy.

As an Allied participant in Operation Husky in Call of Duty: WWII, you’re a soldier in the town of Ragusa, Sicily. Your mission is to retrieve key intel to initiate a bombing of enemy forces.

Or you might find yourself on the flipside of that equation as an Axis soldier, trying to stop the Allied advance, as they try and complete their mission.

There are three key objectives for the Allies to complete before they can declare victory, so let’s take a look at what they are.

As Operation Husky opens, you and your fellow soldiers will need to collect three key pieces intel under the cover of night. Two of these are located on the upper levels of an Axis-controlled building, while one is in the garage below. Allied forces have access to a finite number of Molotov cocktails that can used to push into the defended areas, while Axis fighters have a limited number of tripwires that can set up to ambush incoming soldiers.

On the Axis side, several buildable walls can be constructed to try and stop the opposing side from coming in but be aware that you can’t seal every entrance. Also, the Allies don’t have very far to go in order to return any intel that they’re able to grab, so set up your tripwires, seal up whatever you can, and keep your eyes peeled.

For the Allies, those Molotovs are perfect for flushing out foes before you rush in to snatch the intel. Just keep in mind that you only have a limited amount to use before you run out. Make sure you return the intel to the church that serves as your field HQ, which is located just across the street from the Axis buildings.

Tip: Be aware that there is a small, upper platform just inside the front doors, which is a perfect spot for enemies to ambush you from as you bring back the goods.

Once the Allies have secured three pieces of intel, they must push forward and take control of a nearby Axis-held radio station to transmit the information back to Headquarters. This multi-level building is fortified with a machine gun nest, along with two buildable walls. It’s a tough spot to defend but can also be a hard location to capture.

As an Allied solider, you’ll need to concentrate on getting demolition charges on one of the buildable walls to create a new path towards the objective, or you can ignore the walls completely and storm the machine gun on the left side, which will secure entrance to the radio station from above. You must completely control the station until the broadcast has been sent out to complete this step of the mission.

For Axis defenders, focus on keeping those walls and defenses up, and post someone on the upper level to defend against soldiers looking to skirt the machine gun. A good item to keep in your loadout for this is an s-mine, which you can utilize to close off the upper route. And if you’ve managed to hold onto any tripwires for this long, they make perfect deterrents in all doorways.

Tip: Smoke grenades will create a ton of confusion inside the small radio station space on both sides, so keep one handy if you need to create chaos to broadcast or defend.

Objective #3: Take to the Skies

If the Allied forces are successful in getting the radio intel through to Headquarters, you will find yourself in the cockpit of a fighter plane in the skies high above Sicily, dogfighting against your enemies. Take down the enemy fighters to defend the bombers and achieve victory as the Allies or wipe out the opposing fighters so that you can take down the bombing run and successfully win on the Axis side.

As an Allied pilot, you’ll need to keep the skies clear in order to protect your bombers so that they can proceed to the designated target zone. Meanwhile, Axis pilots need to take out Allied fighters to stop them from winning. For a crash course in aerial combat: your left stick controls your airspeed, while your right stick controls your aircraft. L2 will focus your aim directly in front of you, akin to aiming down sights, while R2 will fire your machine guns. Those are the basics, but you’ll find that there’s a lot more to it when you’re in the game.

This is a fast-paced level, with very little margin for error. When you have a bandit on your six, your best options are to hit the brakes and hope they sail by, or to try and pull off some evasive maneuvers. Dogfighting is a game of many turns while you try and gain an angle on your foe. You can square off head-to-head but dropping in behind an unsuspecting fighter is key to taking them down, but stay alert because they can sustain several hits, and once they realize you’re targeting them, they’ll do everything they can to shake loose.

Tip: While the combat space for dogfighting is very large, be wary of the border that surrounds it. Stray outside the combat zone, and your aircraft will be knocked out of the skies.

The War Machine DLC Pack for Call of Duty: WWII is available to pre-order now, exclusively on PlayStation 4. It will launch in just one week on April 10, so study the intel, get ready, and we’ll see you on the field (and in the skies!)