We go hands-on with From Software's returning classic ahead of its May 25 release.

Full disclosure: I’m a Dark Souls bore. Gaming’s equivalent of one of those guys who pulls out an acoustic guitar at a house party and starts singing Ed Sheeran songs. Everybody knows one.

When From Software’s revelatory action RPG first launched back in 2011, I fell for it hard, playing it over and over and over. NG, NG+, NG++, DLC, NG+++. For a six month period, it dominated my waking hours, and then invaded my nightmares.

But that was seven years ago. Things have changed. Sequels happened. PS4 happened. Bloodborne happened. And with the upcoming release of Dark Souls Remastered looming, I was curious as to how my GOAT has stood up to the ravages of time.

In search of answers, I was delighted to take Bandai Namco up on its offer of some hands-on time with its returning masterpiece.

Watch our U.S. team dive back into the depths on the latest PlayStation Underground!

You know the old saying, “Tiptoeing around Lordran cowering behind a shield is just like riding a bike?” Never a truer word was spoken. It’s been six years since I last booted up Dark Souls and getting back in the saddle was a breeze.

First time around I found Dark Souls’ UI a touch inscrutable. Confession: it wasn’t until I was more than 30 hours into the game that I realized I’d solely been levelling up my Vitality stat. It was an… interesting build.

This time I was equipping items, studying item stats, tweaking my build, and lobbing projectiles around straight out of the gate, like a champ. Come at me, Burg-dwellers.

Where once I inched through the Burg in a state of permanent paranoid anxiety, this time I marched through its streets with untouchable swagger, dispatching its dead-eyed residents with a nonchalant flick of the thumbstick and a few pithy ad-libbed one-liners. Back in 2011 their booby traps and ambushes elicited shock, awe, and sweaty palms. Not today.*

3. It’s lonely out there

Following the busy world of Dark Souls 3 and the torch-wielding mobs of Bloodborne, the eerie quiet of the Undead Burg was a surprising – and welcome – reminder of just what an amazing job From Software’s classic does of establishing atmosphere and a sense of place. 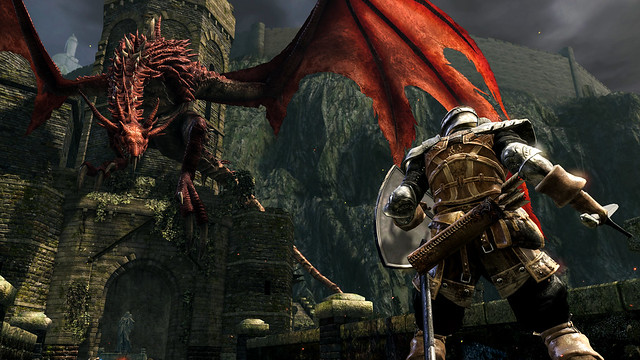 With incidental music all but non-existent, Dark Souls is a game soundtracked almost solely by your interactions with the environment. With a pair of headphones on, and a big 4K TV screen inches from your nose, it’s still a uniquely solemn, lonely world to inhabit.

4. It’s good to be back at Firelink Shrine

Is there a safer, more tranquil bolthole in any video game than Dark Souls’ Firelink Shrine? I think not. That gentle orchestral theme, the crackling campfire, the Crestfallen Warrior’s rousing pep talks (“There’s no salvation here. You would have done better to rot in the Undead Asylum”) – yup, it’s my happy place.

5. It’s great to get the gang back together

And speaking of friendly faces, it was all I could do to stop myself reaching through the TV and giving good old Petrus of Thoruland a hug when I ran into him mooching about the Firelink ruins.

As per last go-round, the feeling did not appear to be mutual. “Have you business with us? If not, I’d prefer to keep a distance.” <3

You can’t beat the dopamine release of vanquishing a boss, kicking down a ladder, and having that “Eureka!” realization that you’ve opened up a shortcut back to a bonfire. A close second? Landing your first backstab animation and eviscerating a poor Burg-dweller. It’s the little moments in Dark Souls that really set it apart.

What’s the opposite of dopamine? I’ve no idea – but whatever it is, two things are guaranteed to send it coursing through my neural synapses: Black Knights, and getting poisoned by giant rats.

My first sighting of the former, standing stock-still at the far end of a corridor, sent a familiar chill trickling down my spine. The latter, meanwhile, won my first Dark Souls-inspired volley of four letter words since I last dispatched Gwyn, Lord of Cinder all those years ago.

8. Prepare not to die

Humblebrag: I timed my first death at 53 minutes. I breezed past the Asylum Demon with barely a scratch on me; and the once-feared Taurus Demon capitulated quicker than you can holler “Death From Above!” 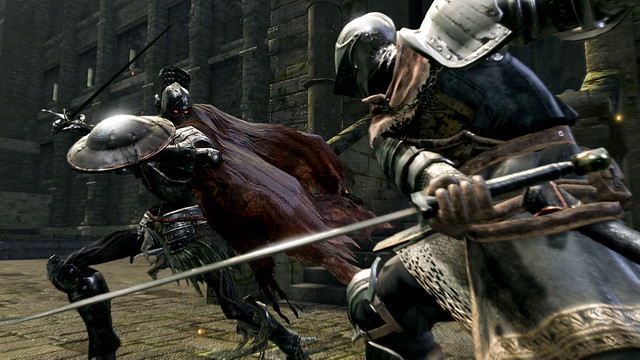 I hear you. There are few online cliques more tedious than the “Actually Dark Souls is really easy, dontchaknow” crowd. That said, when you actually know what you’re doing, progress is quick and satisfying. It’s a great feeling clearing out an area in 10 minutes that once took you days of toil.

9. Pride comes before a fall

But with Dark Souls, it’s exactly that kind of complacency that lands you in trouble. There are few other games where disaster can befall you at such unexpected speed – even when you know every inch of its terrain. My assassin? Those darn rats guarding the entrance to the Undead Parish.

Peeved that my bubble of perceived invincibility had been popped so unceremoniously, I duly decided to put my head down and charge back through the battlefield from the nearest bonfire to snatch back my lost souls.

Sure enough, with my blood up and concentration punctured, I got cut down well short of my goal. Goodbye, hard-won soul cache. Never forget, Dark Souls takes great pleasure in punishing greed or hubris. Come May 25, remember to stay humble! 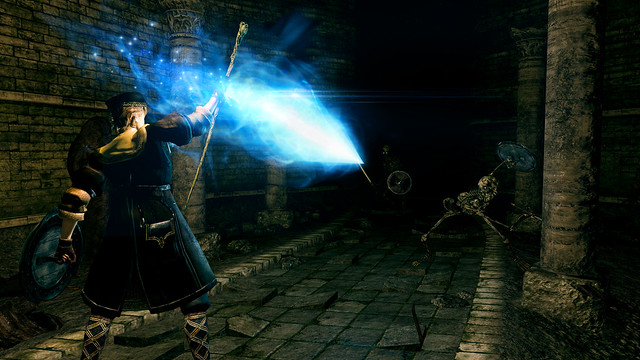