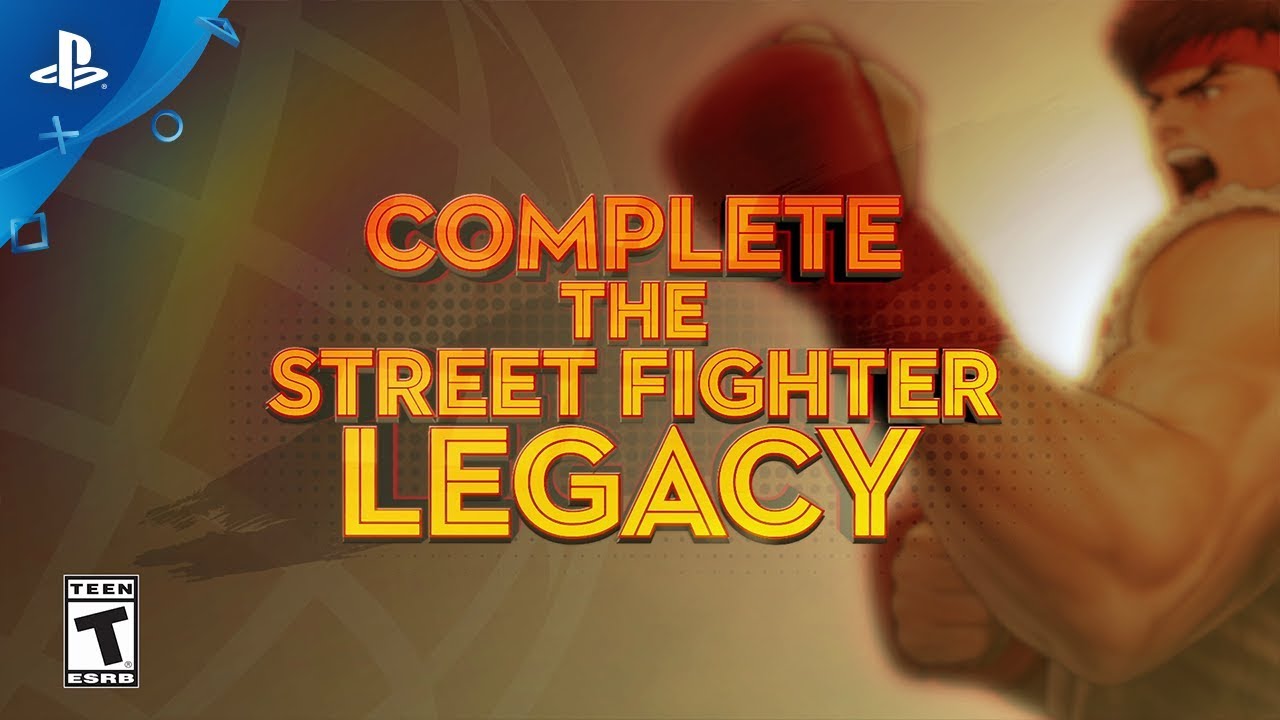 First announced at Capcom Cup during PlayStation Experience 2017, Street Fighter 30th Anniversary Collection heralded years of nostalgia in one game to fighting game players all over the world. We’re proud to announce that Street Fighter 30th Anniversary Collection is officially coming on May 29, 2018 to PS4! Everyone at Capcom is thrilled to bring this collection to you as it’s a true time capsule built for modern day entertainment systems.

Street Fighter II: Hyper Fighting, Super Street Fighter II: Turbo, Street Fighter Alpha 3, and Street Fighter III: 3rd Strike are the four titles that are playable online as they each represent the final version of their respective game in the series! Four players can join up online where two of them will spectate the match while they wait for their turn to play. These four games also feature a recreation of the classic arcade experience where a challenger will step up to the machine to fight you, but this time it’s all online! As you play through Arcade Mode, you’ll be interrupted by opponents you wouldn’t have had the chance to fight in your local arcade. Once the match is over, you’ll be sent straight back to Arcade Mode. You can freely turn this option on and off if you’d rather complete Arcade Mode without someone looking to pick a fight. Online play also features rollback technology that provides low-latency matches with the ability to adjust your own input buffer speed via the in-game menu to keep your online experience smooth.

The arrival of Street Fighter II changed the fighting game genre forever and continues to hold a special place in any gamer’s heart. Even if it was the only game in the series you’ve played so far, you can learn more about it in the Museum by viewing pitch documents, concept art, and sprites. If you’re feeling adventurous, boot up any of the titles in the Street Fighter Alpha or Street Fighter: III series to experience the evolution of Street Fighter gameplay right at your fingertips. It is these games that introduced fan favorite characters like Rose, Sakura, Cody, Urien, and Q, who you can get to know further by reading all their character biographies. If you’re interested in only checking out the Museum or Music Player, you’ll be happy to know that everything in those features is unlocked from the start!

Street Fighter IV exploded into the North American scene on PS3 in 2009 and received its final updated version with Ultra Street Fighter IV on PS4 in 2015, which included all 44 playable characters – the most of any game so far. Street Fighter IV was instrumental in revitalizing the series in the new millennium as players flocked to both local and online tournaments alike. It paved way for what we know now as the Capcom Pro Tour! Don’t miss out on this offer!

We’re incredibly humbled by these past 30 years and are looking forward to seeing you fight it out in Street Fighter 30th Anniversary Collection on May 29, which will be available for MSRP $39.99.