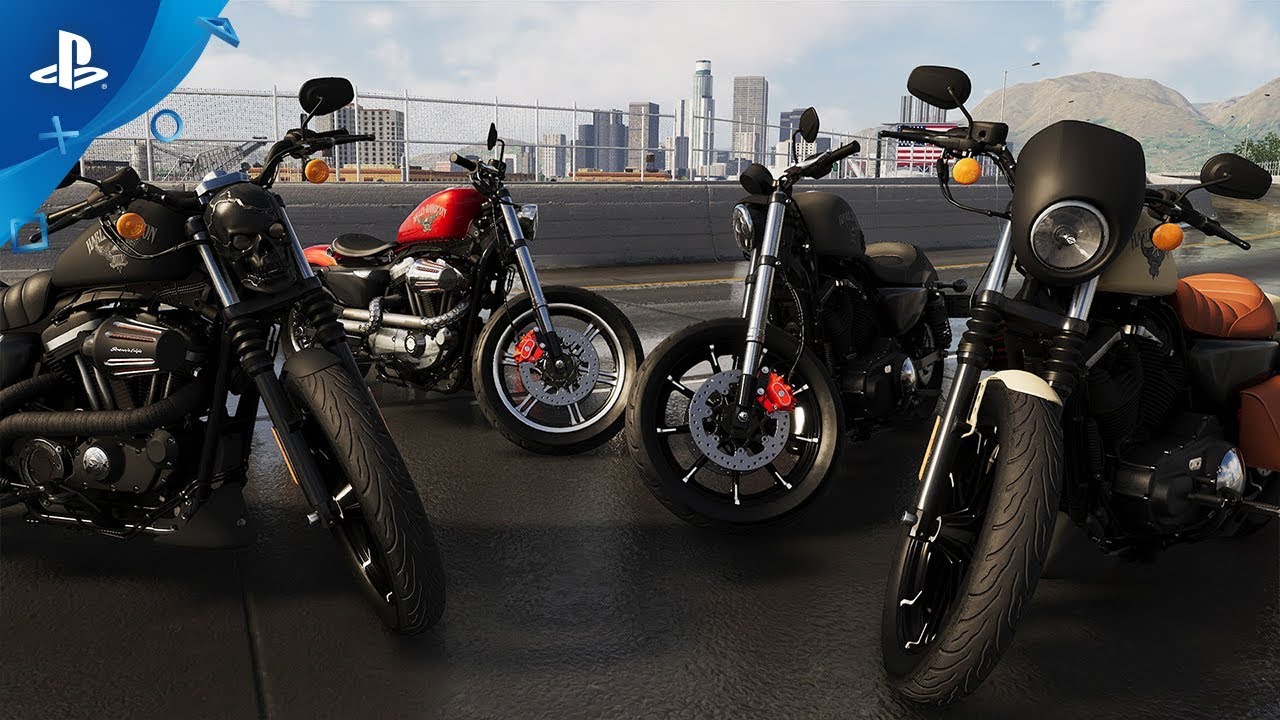 Ubisoft details their faithful recreation of the Harley Davidson Iron 883, which you can ride across their virtual USA this June.

Among The Crew 2’s extensive car, bike, boat, and plane line-up, the Harley-Davidson Iron 883 2017 stands out as much more than just another sweet ride. Developer Ubisoft Ivory Tower has been working closely with the legendary bike manufacturer to deliver a unique experience that’s faithful down to the last pixel. Vehicle Designer Frederic Marchetti and Vehicle Physics Designer Sylvain Branchu know the Iron 883’s every detail, and have shared five things their re-creation adds to The Crew 2.

Frederic Marchetti: The Iron 883 is one of Harley-Davidson’s most popular motorcycles worldwide, with its characteristic blacked-out, stripped down style. Like with all of our licensed vehicles, re-creating the Iron 883 took meticulous work from our design team to make sure the in-game version of the bike is 100% faithful to the original. We’ve had a very tight relationship with the Harley-Davidson team from the get-go; they shared the bike’s technical specs with us, and stayed in touch throughout the whole modeling process.

FM: One of Harley-Davidson’s core specificities is customization, and it was crucial for us to do it justice. First, we’ve created a large selection of official custom parts from the Harley-Davidson catalog, and worked very closely with the manufacturer’s team to get them right. Players will be able to take their pick from the original model’s exhausts, seats, and rims, not to mention all of the 2017 Iron 883 official paint colors. So they will get a good idea of things they could add to the bike in real life!

FM: One of the things we really enjoy about working with Harley-Davidson is that they constantly push us to come up with our own creations and ideas for customization. This is what we did with the Iron 883, and I have to say we’re all very proud of the result. Players will have access to exclusive parts that we’ve made specifically for this model in The Crew 2. My favorite is this badass skull-shaped headlight. Of course, the fact that we’re designing these custom parts for a game opens up a lot of opportunities. For example, we went crazy on the design of the exhausts, using shapes and materials that wouldn’t work in real life.

Sylvain Branchu: The Iron 883 is swift and easy to handle, which makes it a very versatile ride. We’ve translated this to the bike’s in-game physics by tuning more than 200 parameters, and conducting tests in all kinds of locations and weather conditions. As a result, it gives players an edge when negotiating urban environments and taking on our most daring street racing challenges.

The best way to take a road trip across America

SB: When you say Harley-Davidson, the first thing that comes to mind for a lot of people is the classic American road trip on iconic cruisers. Although the Iron 883’s style is clearly not that old-school, it’s definitely powerful enough to take you on a long journey. We obviously had to make sure that was part of the bike’s characteristics in The Crew 2, so that players can use it to cross our gigantic open-world version of the United States – that’s basically every rider’s dream!

PlayStation owners can hit the road on the Harley-Davidson Iron 883 2017 when The Crew 2 arrives June 29 on PlayStation 4.