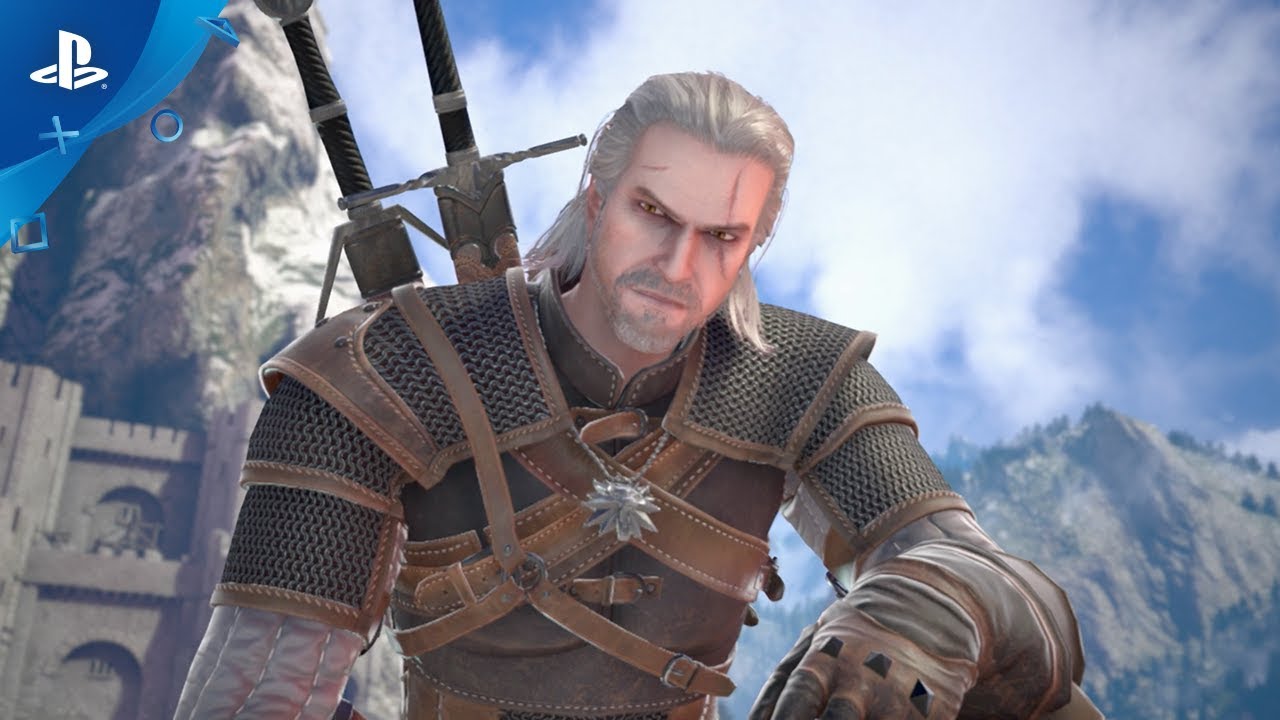 "Challenged a Witcher? Must have had a death wish..."

The legendary White Wolf returns! Geralt of Rivia steps on to the Stage of History in SoulCalibur VI!

Wielding his signature steel and silver swords, Geralt is prepared to take on any opponent (man or monster) who dares cross his path. Both witcher swords are made of the finest quality alloys and precisely crafted to suit the needs of their wielder. While we don’t yet know why Geralt has entered another dimension, he was able to bring his weapons with him on the journey. The world he now finds himself in is filled with new foes and plenty of opportunities to fight!

On top of his swords, Geralt enters the ring armed with powerful Signs. From Aard to Igni, Geralt has the ability to unleash the devastating effects of Signs during one-on-one combat. Each Sign provides a different strategic opportunity to best your opponent or start powerful combos.

Geralt felt like a natural fit for the weapon based combat of SoulCalibur VI and the development team has worked meticulously to accurately depict his character in game. His swordplay and use of signs has all been balanced to mix seamlessly with mechanics like Critical Edge and Soul Charge. We all can’t wait for both Witcher and SoulCalibur fans to harness the mutagen fueled power of Geralt of Rivia when SoulCalibur VI arrives on PlayStation 4 in 2018!