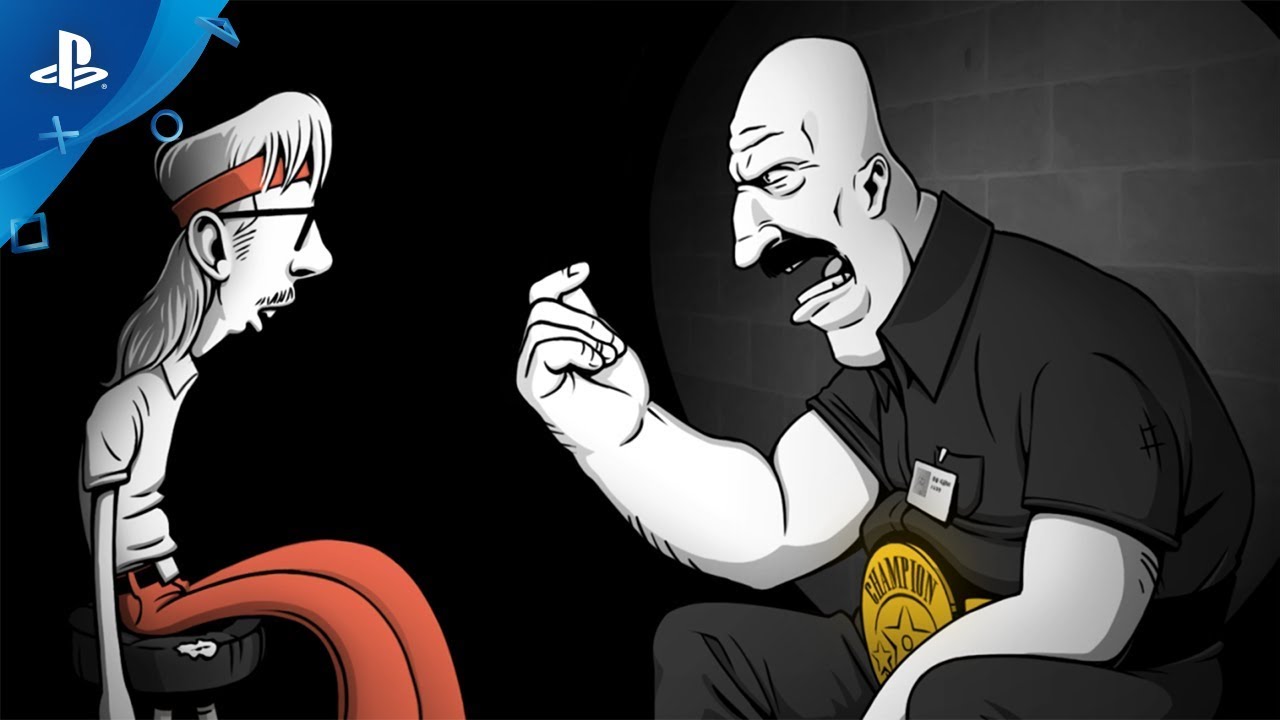 Get ready to relive the prime of your life.

Oh, whoops! I accidentally spilled the new Super Daryl Deluxe trailer all over the PlayStation.Blog. What a mess.

Well, as my great aunt Svetlana always said, “When life gives you a spilled game trailer, make a blog post detailing the game’s combat system,” and she lived to the ripe old age of 99 (roughly 16 in dog years). So let’s get to it!

As we all know, Super Daryl Deluxe is an RPGvania with brawler-style combat set inside of a perfectly normal, sprawling, multi-dimensional high school where the students and faculty of Water Falls High are going missing, and the classrooms have been locked down for weeks – you know, normal high school stuff. Daryl, the weird new kid, must traverse the school’s enormous classroom worlds to battle monstrous foes, possessed Honor Students, and uncover all sorts of sinister secrets inside the school.

Having once attended high school ourselves, Gary and I are well aware of the vast repertoire of skills one must master to become the most popular 15-18 year olds in town. In Super Daryl Deluxe, the rules are no different – except the social skills are instead badass abilities that allow Daryl to do everything from summoning fiery comets down from the heavens to smashing enemies flat with a giant rhino on a stick.

Customizable combat is front and center in SDD. We wanted to create a game with a flexible combat system that never becomes stale, and with 46 unique abilities to choose from, the combinations are nearly endless (provided you don’t actually do the math).

Abilities come in the form of pages ripped from a mysterious self-help book, and to equip these abilities, Daryl must first buy them from his benevolent employer, Paul & Alan’s Textbook Emporium. Simple money won’t do here – to get the skills you want, you’re gonna need to buy them with textbooks, with better tiered abilities (ranging from Trash to Excellent) costing more and requiring Daryl to be a higher level in order to use them. Luckily for you and Daryl, textbooks are in no short supply around campus. There’s plenty to be found scattered throughout the world, purchased (with money) from shady Trenchcoat Kids, stolen from student lockers, or earned through side quests.

Abilities in SDD span a broad variety playstyles, including ranged attacks, combo, stun attacks, poison, melee, strategy, dashes, and more. It goes without saying that you cannot equip all 46 at once – that would be madness. Instead, you can customize your arsenal by equipping up to five at a time to fit your preferred play style and take on a wide variety of enemy types with all manner of behaviors. Will that slow, powerful hammer be enough to take on the fast, flappy bats? Will your nimble bow and arrow be enough to take on the gigantic, lumbering troll? Who knows! I just write blogs.

Daryl can’t just swap out his skills willy-nilly, of course. He has to go to his school locker to change his load out. In a multi-dimensional world as large as Water Falls High, this may seem like a daunting task, but worry not! To make the trek to his trusty locker more convenient, the classrooms have been littered with pink flying locker fairies that can be slapped out of the sky for your own personal use.

Most abilities can also be upgraded by spending Skill Experience, which is earned by completing quests or defeating enemies. Skills become more powerful as they rank up, transforming visually and mechanically to give you a more satisfying and snazzier progression.

So there you have it! A little sneak peek into what makes Daryl so super and deluxe. We hope you dig the new trailer and are now eagerly awaiting the release of Super Daryl Deluxe this April. I know we sure are. Our investors won’t untie us until we sell a million copies.