Shadow of the Colossus: Remaking a Masterpiece 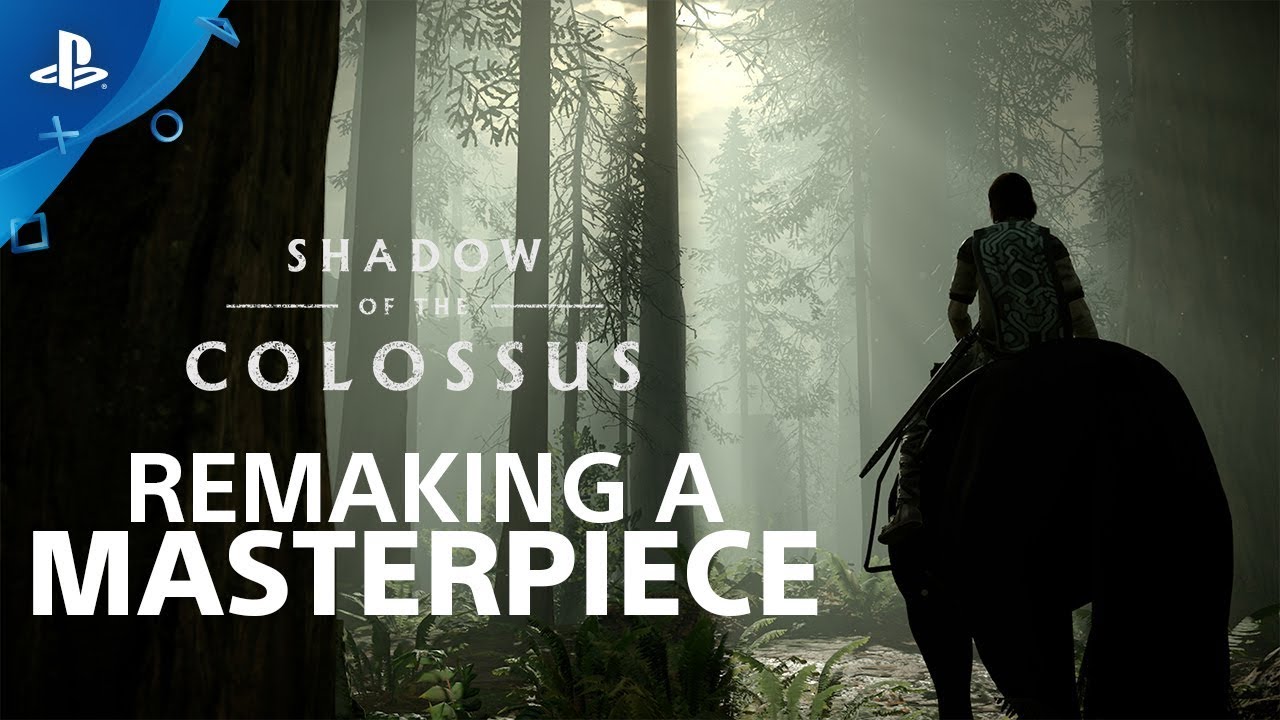 How the team at Bluepoint honors a legendary story, and the way we remember it.

When remastering an experience as legendary as Shadow of the Colossus, you have to make a decision. Do you keep everything as close to the original version of the game as possible, or smooth out some of the source material’s rough edges? During our recent trip to Bluepoint Games in Austin, TX, we asked where exactly the team drew that line:

“The changes that come across in the game are very thoughtful changes,” says Randall Lowe, producer on the new Shadow of the Colossus. “We worked hard to preserve the way the game felt, while making the control scheme more comparable to the Uncharteds and the Horizons of the world.

“There are things we decided we weren’t going to change,” Lowe continues. “For instance, Wander standing still to fire a bow. Everything about Shadow is very deliberate. The way Wander moves throughout the world is heavy. It’s not light and fast and arcadey. He carries the burden of his actions in how he moves.

“Making the game the way you remember it is the most important mission we have, regardless of everything else.”

Playing Shadow of the Colossus on PS4 Pro features two modes: Cinematic and Performance. Learn how they work here.

“We have a lot of passionate debates,” adds Peter Dalton, technical director on the new Shadow. “We ask ourselves: what does the user find endearing about this game, and are the changes that we’re making enhancing that feeling of nostalgia and love, or is it going against that sort of feel?”

Mark Skelton, art director on Shadow of the Colossus, looks to a different kind of fan for validation.

He goes on to offer an example of technical improvements having unintended consequences: “Originally, as a side effect of the framerate increase on the PS3 version of Shadow, a mistake was exposed where the third Colossi became more difficult. So, now we’ve had the chance to fix those kinds of things that slipped through initially. It gave us a second chance.”

The game’s iconic visuals have also received a monstrous overhaul. Take the fur — something you’ll be staring at quite a bit as you struggle to scale each of the game’s massive creatures.

“Obviously, the whole crux of being on a Colossus is being able to grip that fur and move through it, so a lot of time and effort was spent getting that perfect,” explains Mark Skelton, the game’s art director. “We spent a lot of time on the fur tech, trying to make the fur lay and clump just right, getting the shading right and making sure it moves right when you’re climbing through it.”

Fun fact: this fur is not actually an “art asset” by traditional means — it’s dynamically generated on the fly by the game’s engine, making it feel that much more organic as Wander clings to it for dear life.

Shadow of the Colossus on PS4 features a full suite of Photo Mode controls, allowing for the creation of some impressively dramatic scenes. Learn more about it in our SotC Photo Mode reveal story.

Speaking broadly, Bluepoint’s goal with any project is not just to recreate a game as faithfully as possible at higher resolutions. Thrush explains: “To me, it’s about preserving the memory of how a game was originally meant to be played. There’s the saying about rose-tinted glasses: you perceive it like it was better than it actually was, right?

“With Shadow of the Colossus we’re working on a remake — it’s not really a remaster. One, because we already did the remaster. And, two, it’s getting to the point where, like, going from PS2 to PS4, there are certain expectations. Just re-releasing it the same way we had on PS3 just wouldn’t have done the title justice. It deserves more. We’re lucky that Sony agreed with our stance on that.”

Bluepoint’s ground-up rebuild of Shadow of the Colossus is right around the corner, launching February 6 on PS4. Now, be on thy way.

bluepoint gamesplaystation gamesps4shadow of the colossus