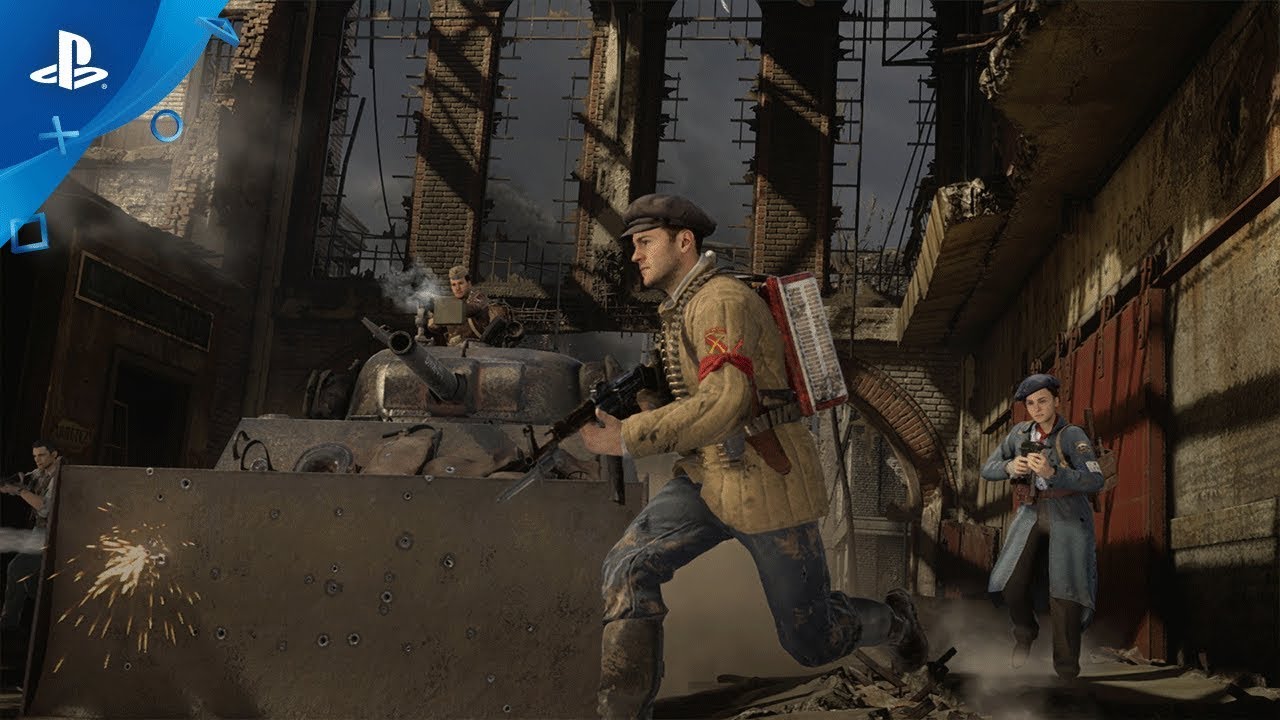 The first DLC pack for Call of Duty: WWII is almost here. Play it first on PS4 starting January 30.

We’re all very excited for The Resistance to come out, especially as we recently kicked off The Resistance community event. One of the things we are particularly excited about in this DLC Pack is the new War Mode mission: Operation Intercept. And we have an exclusive top-down view of the Operation Intercept map that we’d like to share with you here at PlayStation.Blog.

Operation Intercept takes place outside of St. Lo, France, and leads us on an urban rescue mission to save Resistance fighters being transported by train. The first objective on the Allied side is to make it to the two cells where your Axis foes are keeping the fighters prisoner.

Once rescued, you’ll be tasked with the destruction of key communications equipment before continuing your mission. If you’re able to destroy every last piece of the gear, then you’ll continue on and escort a tank in order to try and stop an Axis train loaded with munitions.

On the flipside, the Axis forces need to try and keep the Allies from rescuing the Resistance fighters, protect their comms gear, and keep the tank from reaching the trainyard.

The real hotbed of this map comes in trying to protect the communications gear. There are both upper and lower radio rooms, and Axis soldiers can repair damaged radios, which make this objective very challenging.

With both outside and inside areas to skirmish in, multiple lanes, the ability to repair radios and close doors on train boxcars to stop the Allied forces, Operation Intercept provides a ton of new challenges for Call of Duty: WWII.

In addition to Operation Intercept, let’s take a look at the three new Multiplayer maps in The Resistance:

Anthropoid – Based in Prague, Czechoslovakia, this map is inspired by Operation Anthropoid – the famous assassination attempt on a high-ranking German officer during World War II. This map features a center lane divided by a river, with long-flanking paths that can be used by snipers for ranged attacks.

Occupation – In this remake of a classic Call of Duty map, players battle through the streets and shops of German-occupied Paris during WWII. Long side streets encourage mid-range combat, with nearby homes and storefronts lending defensive positions for ambush and recovery.

Valkyrie – Located in the Masurian Woods, East Prussia, this map was inspired by The Wolf’s Lair – Hitler’s Eastern-front headquarters during Operation Barbarossa – the Nazi invasion of the Soviet Union. This is a medium-sized map with gameplay focused around a dangerous center lane covered by multiple overwatch positions and mounted machine guns.