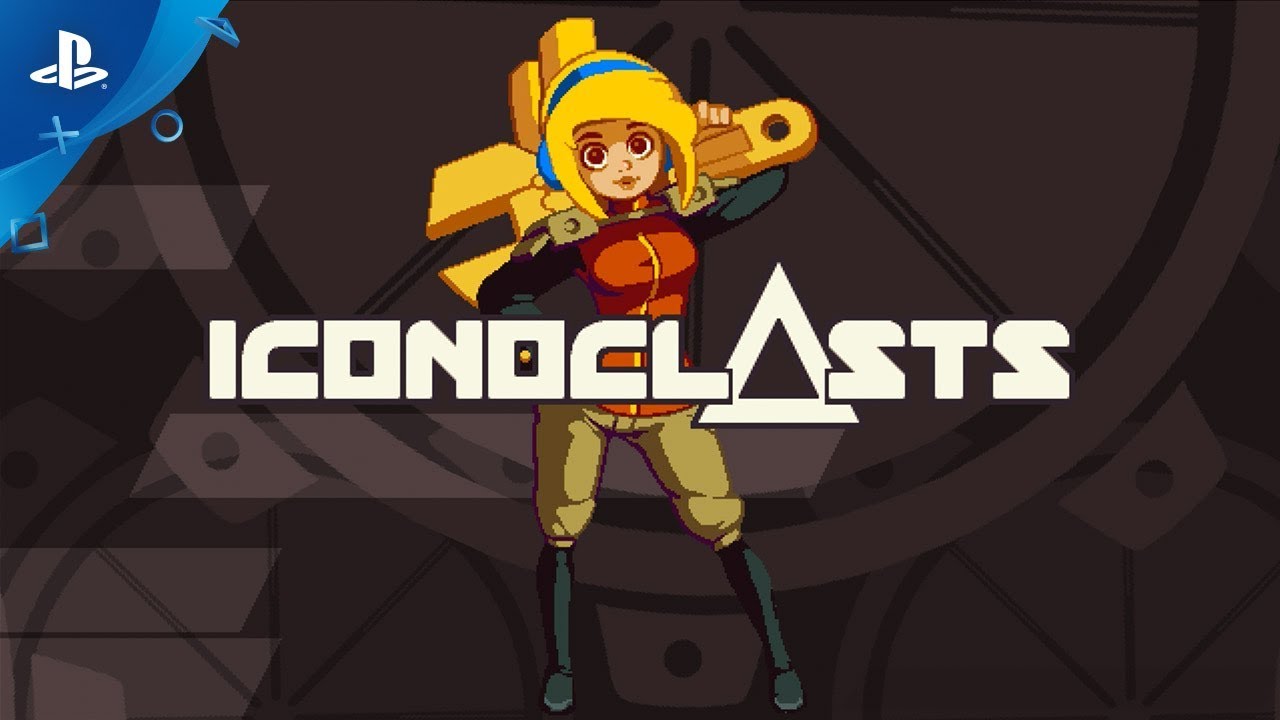 It's been a long road, but the impressive pixel-art platformer finally launches this month.

Iconoclasts is less than two weeks away, arriving January 23, 2018! It will be available at PlayStation Store for both PS4 and PS Vita, with crossbuy!

You play as an optimistic young mechanic named Robin, following her through a life of wanting to help those that remain in her life, using mechanical services she is not allowed to perform, according to the law of the world. There’s plenty of platforming, solving things and meeting people, but what will frequently be the focus of the game are boss battles!

I’ve been known to love a good boss in the games I’ve made. They are the exam at the end of training for an action game, at best combining the things you last learned and testing your merit, or just being an entertaining culmination of the parts that have come before.

So, Iconoclasts is no stranger to them! There are more in there than I even planned when development started. As advertised, there are over 20 running about (don’t want to spoil the exact number, of course), and their styles range from figuring out where to shoot them, where to twist them, just shooting them a whole lot, running from them, running at them or several of these at once.

As you play, you’ll learn to master Robin’s wrench. It can do what you expect, like twist your classic bolt, but also can be used to protect yourself from projectiles, and deflect attacks back at your opponents. Alongside the wrench, you have your modified stun-gun that you procure a few upgrades for. The goal being that all equipment you get along the way have several uses in all their forms, without ever adding complexity to how you play. That way, once you first master your controls, the learning is only in what your boss or enemy does against you, not how you yourself should press your buttons, which is a design I have always tried to strive for.

In the end, I feel the game has managed to create a parade of opponents that all have their own quirks and twists on the abilities you’ve learned without all resorting to being about shooting a ton, and remain fun, fast and satisfying. For the fans of my prior games out there, I hope it will be what you’ve waited for!

It’s been a long road, but Iconoclasts is finally almost here. The game isn’t solely about boss battles. There are lots of people to hang out with, some pleasant platforming and other challenges. I just have a big heart for bosses, and wanted to highlight them for you today. I hope you will enjoy Iconoclasts!