You and I aren’t the only ones looking forward to settling in over the next several days and sinking some serious time into just some of the spectacular games that have released over the past 12 months. So to are the developers behind those hits. Which brings us to this list. We asked a selection of creators who have released games over 2017 to reveal what games have hooked them during downtime between work commitments this year.

And also, fair warning: spoilers ahead.

“I was amazed by the quality of the graphics and the art style, deep story, stealth tactics, and combat were all top notch making everything run in perfect unison.” Fumihiko Yasuda, Director, Team Ninja (Nioh)

“The game offered a real sense of place, with the robot machines some of the best gaming foes we’ve seen in years.” Steve Goss, Director of Design, Supermassive Games (Hidden Agenda)

“A lot of western mecha designs can feel as though they lack detail to Japanese audiences, but the mecha designs in this game are surprisingly intricate, incorporating elements of anime and sci-fi films. I felt a bit threatened knowing that designs like this are coming out of western studios!” Yoko Taro, Director, Platinum Games (Nier: Automata)

“There’s definitely something under the skin of Horizon Zero Dawn that stays with you long after the credits have rolled. While, at its core, it’s a game about tearing through giant robot animals and dinosaurs, the world building (and previous destruction!) give the game a sense of believability and humanity that you can’t really help but fall in love with and want to return to. I’m very excited about what the future holds for Horizon and, of course Aloy.” Brad Davey, Lead Designer, Sumo Digital (Snake Pass)

“It’s great that a studio like Guerrilla took the risk with a new IP, and made it such a great success.” Mark Healey, Creative Director, Media Molecule (Dreams)

“From the demon negotiation, which was more interesting than the random tarot cards that would happen after battles in Persona 4, giving some personality to the personas while trying to get a read on their personalities, to my standout character from all PlayStation games during the year, Futaba Sakur, and all the way to the final battle and having everyone in the city cheering you on, not to mention Shoji Meguro’s soundtrack playing throughout (which is top notch at all times).” Josh Phelan, Senior Gameplay Engineer, Arkane Studios (Dishonored 2)

“It has to be either Persona 5 or Nioh. But man, it’s a tough choice to make. Got a Platinum Trophy in both, which goes to show just how much I enjoyed spending time with them. And I did spend a lot of time with them, trust me. Thinking about it now, though, I find myself leaning towards Persona 5 a bit more. Meeting each of the game’s characters and getting to know them, the thrill of being one of the Phantom Thieves, unraveling the mystery behind the story – all these elements of Persona 5 are made in such a way that they get you emotionally involved and make you care. It’s like a weird second home, and every time you boot the game up again, it feels like coming back.” Michał Dobrowolski, Senior Game Designer, CD Projekt Red (Gwent: The Witcher Card Game)

” I love the Persona series, and this turned out to be an amazing one. I had been waiting for a Persona game for eight years since Persona 4 came out. The silver lining with waiting two console generations for a sequel is that it’s a huge jump from the previous games in the series, taking advantage of two huge steps in hardware upgrades.” Steve Madureira, Lead Designer/Lead Animator, Airship Syndicate (Battle Chasers: Nightwar)

“I loved diving back into the world of Uncharted. And The Lost Legacy is everything that the Uncharted series has become. Naughty Dog has created an exhilarating adventure that reminds me of all the great adventures the series has brought us.” Hermen Hulst, Managing Director, Guerrilla Games (Horizon Zero Dawn)

“This one is a spin-off, but it still really captures the atmosphere of the series and was great fun. The series itself is technically top-class, and you can really feel how the developers want to make the player have fun through the play mechanics too, so I always look forward to new Uncharted games.” Takashi Katano, Director, Square Enix (Final Fantasy XII: The Zodiac Age)

“I think I’ve spent most time playing Uncharted 4’s multiplayer this year, but it’s a game from last year so I’m not sure that it counts!” Henrik Larsson, Producer, Tarsier Studios (Little Nightmares)

“Though we are still in the dawn of the VR age, Farpoint ranks as one of the best experiences in the medium. Featuring the fantastic Aim Controller, Farpoint gives players an incredible level of immersion. It’s hard to believe that games have come this far already. As a kid, this was the kind of game I dreamt possible in the future. Getting older, I resigned myself to the fact that games like that would never be possible in my lifetime. But now there’s one right here, right in front of me.” Keiichiro Toyama, Director, SIE Japan Studio (Gravity Rush 2)

“Probably one of my favorite series ever so I was so happy to try out new courses and get back in the groove.” John Johanas, Game Designer, Tango Gameworks (The Evil Within 2) 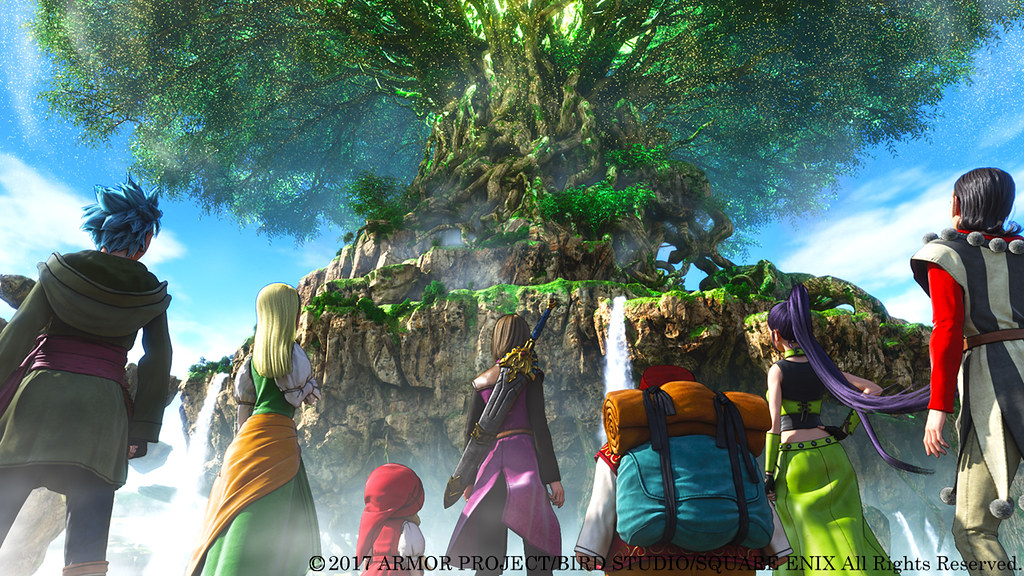 “Sorry that it is one of ours, but I have to say Dragon Quest XI. The fact that I have previously been involved in developing Dragon Quest games is one reason, but more than that, it’s that I have been playing the series right from the start and it really marked a big turnaround in my career as a developer. The quality of the story experience goes without saying, but I feel that the PlayStation 4 version has such a wonderfully unique color and visual style that just could not be done in games from any other series or made in any other country.” Naoki Yoshida, Director, Square-Enix (Final Fantasy XIV)

“I have played every game in the series, but this entry is a real return to RE’s roots and perfectly fits the description ‘survival horror’, so I have been suitably scared. I want to try playing in VR, but that inevitably looks even more scary, so I have not done so yet.” Hiroaki Kato, Producer, Square-Enix (Final Fantasy XII: The Zodiac Age) 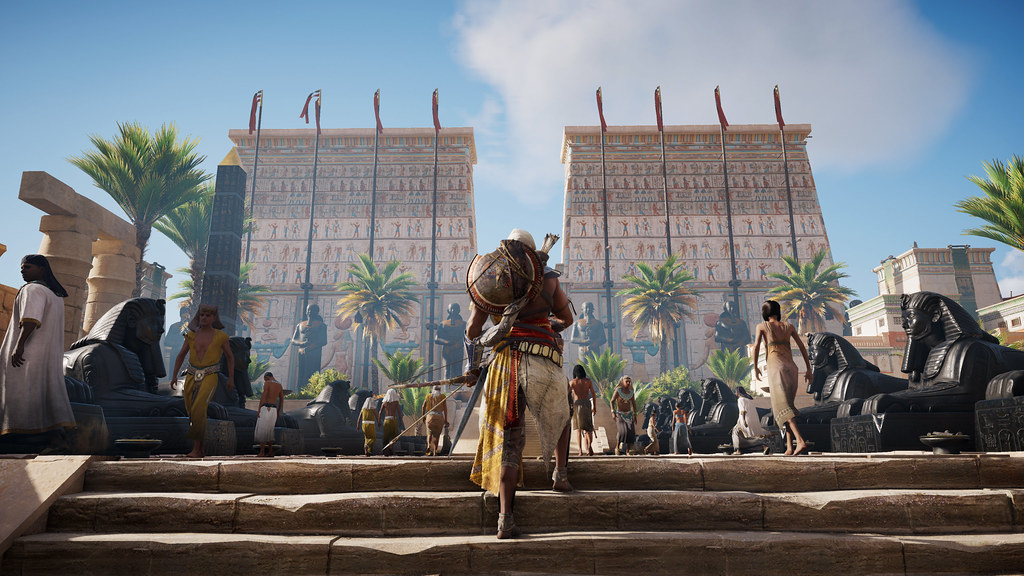 “I worked previously on the franchise for many years, so it’s true that it has something special to my heart and being able to enjoy the game as a real player certainly had its impact. But in the end, what really amazes me is the scale of the world, the variety of its landscapes and the pure joy of just wandering around and discovering new objectives every minute or so. I loved every minute of it, I’ve played it every day since it launched and I just can’t wait to go back home to enjoy Egypt even more!” Damien Kieken, Game Director, Ubisoft Montreal (For Honor) 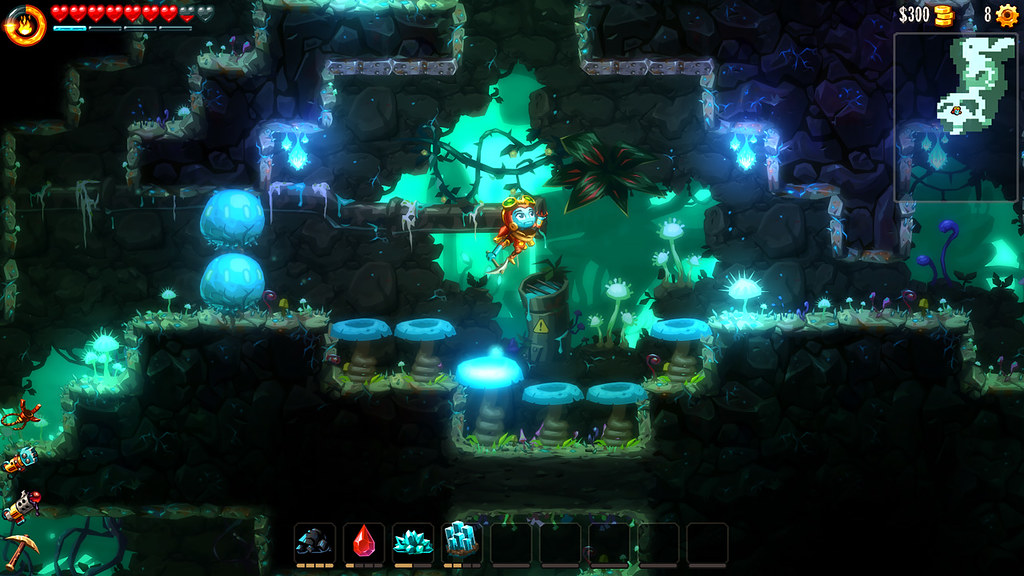 “It’s a little off the path, but with my wife Sarah we enjoyed playing Last Day of June. Without spoiling it – we all had those moments of “what ifs”, sometimes triggered by bad luck, mistakes, or missed opportunities, where we try to imagine how different things could have been. And of course it’s not really possible, but we can’t help thinking about it. It’s a game where your character dreams and play those situations, trying to correct something that happened. It’s a simple game, a moving story and we found the art direction is very beautiful.” Omar Cornut, Designer, Lizardcube(Wonder Boy: The Dragon’s Trap)

“The first Injustice game hooked me with its premise from the very beginning, and I was curious to see where this one would go. Needless to say, I was not disappointed. I think Injustice 2 captures perfectly what a clash between major DC characters would look like without having to explain everything to those who haven’t read the comics. It feels like a video game made by comic fans for comic fans.” Román Echevarrena, Director, RecoTechnology (Numantia) 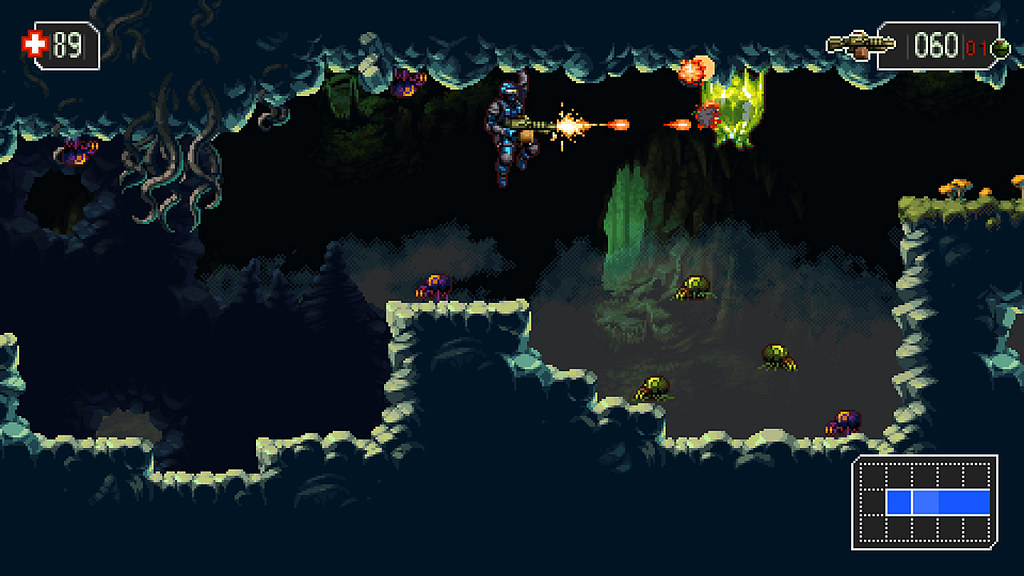 “WayForward are experts of retro action, and The Mummy Demastered is no exception. The music and graphics create a strong sense of mystery, and the somewhat slow but punishing gameplay force you to think tactically instead of just blasting your way through.” Ville Nurmi, Programmer, Housemarque (Nex Machina, Matterfall)