Shooty Fruity Is Now Open For Business in PlayStation VR! 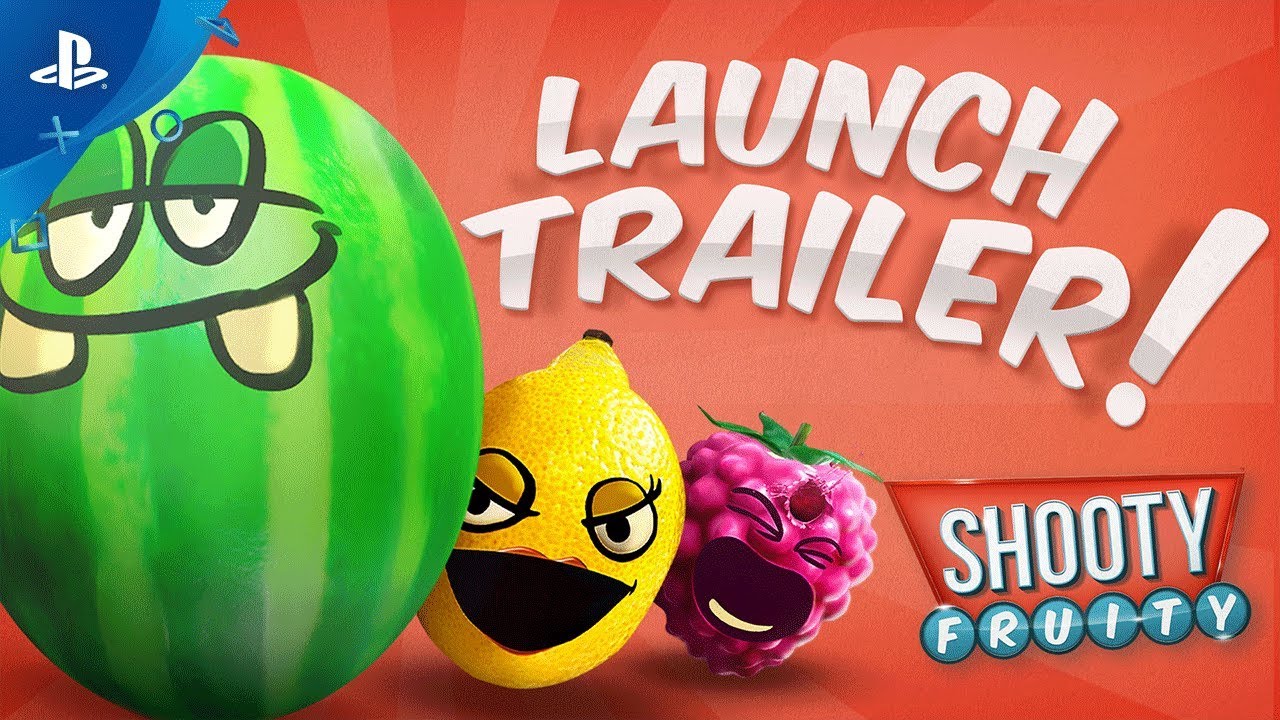 The world’s first manic blend of scanning, serving, packing and shooting has arrived on PlayStation VR, only possible with two motion controllers.

We’ve held back a ton of unannounced features until now, including a brand-new job packing produce in the warehouse, more ridiculous ballistics, a bullet-time style power up, and more variety in the fruit bowl (including flying bananas!).

We’ve got a store full of useful tips to help you on your steps into the world of Shooty Fruity!

We have a new job for you! Head to the Super Mega Mart warehouse to pack the right produce down the chutes and send them on their way once you complete an order. Whilst fending off mad fruit hiding behind the boxes, obviously.

Explosive additions to your arsenal include a Gatling gun and rocket launcher – but you’ve got to earn them as they are ludicrously powerful.

Recently spotted in an aisle near you

Bunches of grapes team up against you by getting close and shooting themselves directly at your face. Coming in both green and red varieties, you can spot their stalk corpses lying around the store if you manage to get them first.

Got the work blues? The blueberries are here to wreck your shirt. Tiny, agile and arrives in groups but easily squishable.

We know not everyone is a gun-toting, scanning multitasking maniac by nature, so we’ve pulled together some tips and tricks to help get you through your shift.

Use both hands: A lot of newbies tend to forget they possess two entirely independent hands, so you can scan and shoot, shoot and shoot, scan and scan – whatever works best for you!

Collateral damage: Destroy your environment to get a better line of sight for oncoming fruit. (Just don’t tell the manager we said that)

A tidy workspace for a tidy mind: Ignoring the pulpy explosions and general madness in the store, keeping your counter tidy will mean you won’t end up trying to shoot an enemy with a can of beans.

Multitask: Try not to focus on one task more than the other. You might get distracted by the hordes of fruit, but you’ll quickly be outgunned if you avoid your duties.

Be a ballistic hoarder: All those guns floating past your head may come in useful later. Grab them early and leave them to one side using the conveniently placed shelves.

Don’t let them blindside you: Some fruit will sneak around the sides and attack from out of sight.

Be a high achiever and attempt a skillshot: Get bonus points by shooting your enemy from far away or in mid-air. Go for broke and get multiple kills in one go.

Scan multiple items: If your workload is piling up, drop the guns and scan with both hands to get things moving again.

Supersize by scooping: Consumerism at its finest, get a higher score by piling food on the trays using your open hands as scoopers.

Bail: If you can’t find the right produce and want to move on, pull the lever and you’ll get a new one.

Not sure what heat to pack?

We’ve got some loadout ideas to suit your playstyle but experiment and see what works best for you:

Don’t forget to add a Pistol to your loadout to deal with your smaller foes with ease.

Join our nDreams PSVR Community on PSN to share scores, chance to be featured as our employee of the month and to ask the community team any questions.