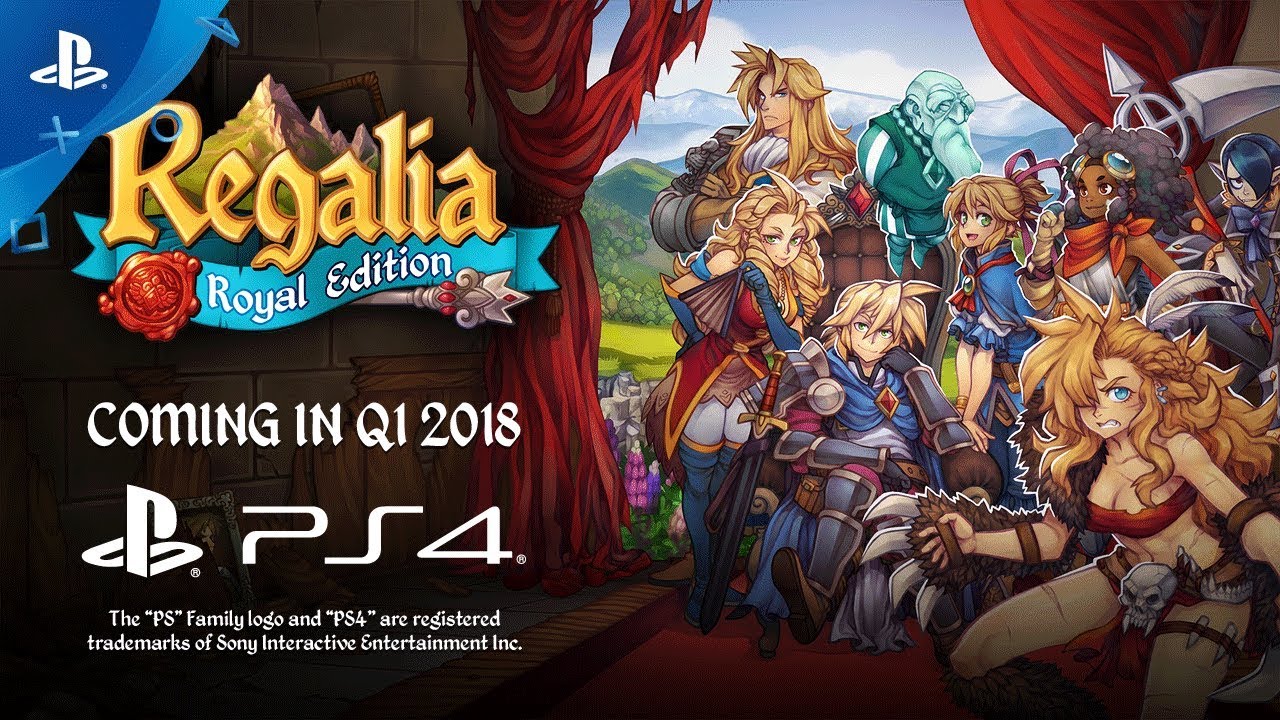 Hello! We're Pixelated Milk, the developers of Regalia, here to talk a bit about making the impossible possible with our European JRPG.

“Why make a JRPG? You’re not Japanese!”

Well, truthfully, our driving goal behind Regalia has always been to create a game in the vein of all the JRPGs we have loved throughout the years, from the Final Fantasy games of our childhood to modern day Persona titles.

Regalia draws inspiration from JRPG classics, but also delivers a modern mix of good old adventuring and dynamic storytelling. It’s a tactical RPG, but it’s actually a game about the restoration of your kingdom, bonding with vibrant characters met during your journey, embarking on the quirkiest quests possible, and bringing back your best JRPG moments in a modern, accessible style.

It can also be a game about unforgettable, rewarding combat and well thought-out tactics, but that’s for the player to decide – you can always tone down the difficulty level or even skip a battle if you can’t wait to see what other plot twists lay before you.

Skipping battles won’t make your problems go away, though – there’s always something to be done in Ascalia. Deal with your teammates’ dilemmas, such as Theo’s blood aversion, which is a strange problem for a vampire, though maybe not surprising given he dreams of being a hairdresser; or Esther’s tendency to make an atomic bomb with a few gears and spare parts. Oh, and don’t forget about fishing!

Setting out on our journey, we believed a JRPG is not so much about the country of origin, but a style – and we still believe that now, if not even more so. Both the Baldur’s Gate and Final Fantasy series are undeniably what one would consider role-playing games, but it is also clear that they represent very different approaches to the concept. A typical game made in the West has different design sensibilities than one made in the East.

Equally driven by nostalgia, personal tastes, and bravado, we chose the latter.

When you’re an indie studio like ours, with six or seven friends on the project at a time, some difficulties are to be expected. Indeed, to us, the development process was a journey of pain and discovery (mostly pain, though!). For one, we would quickly learn that our initial “let’s just create a JRPG” approach was neither productive nor very satisfying. It’s one thing to nail the required look and feel, to capture that specific quality which represents the J in JRPG… and then comes the time when you realize that’s not enough. You still have to infuse your creation with its own identity, all without compromising that central “love letter” principle. You need to make it more than the sum of its parts.

In other words, while we certainly didn’t set out to change the gaming world, we also didn’t want to make our game entirely derivative of the creations we looked up to. For example, as fans of Persona series, we loved the idea of building character relationships. However, that inspiration did not bar our wish to include some of our favorite things from beyond the Japanese end of the spectrum.

We wanted a touch of Discworld-esque humor paired with a robust approach to lore writing and worldbuilding. We wanted an in-game lore Codex, English voice acting, and so on. We wanted our game to be a familiar yet distinct blend. We had to make it enjoyable in its celebration of its roots, but shed off the elements that didn’t ever do much short of annoying us. This time around we were the creators, finally free to lose some of the dreaded mechanics… and story cliches.

We never wanted Regalia to be a game about brooding youths saving the world, nor an exercise in monologues about fiddles and personal torment. It was meant to be a smaller, light-hearted story that could spoof thousands of similar stories, a creature that the late, great Sir Terry Pratchett would have called “a world and mirror of worlds” – a homage without all the unbound excess. We knew Regalia needed a distinct identity, and that was exactly it.

So, yeah. Our game both is and isn’t a JRPG. It’s a creature of its own. It’s got its own flavor and charm. Like New York pizza that would not have come to be if it wasn’t for its Italian ancestry, but stands well enough on its own and is loved for what it is, not for where its roots go.

Making Regalia was certainly a blast. Seeing our game making its way to where it belongs – to PlayStation, to find its place alongside all these wonderful games, classic and new, that made us who we are and made Regalia what it is – now, that’s a moment of pure bliss.

We hope you’ll feel a great deal of that joy as you play, too!